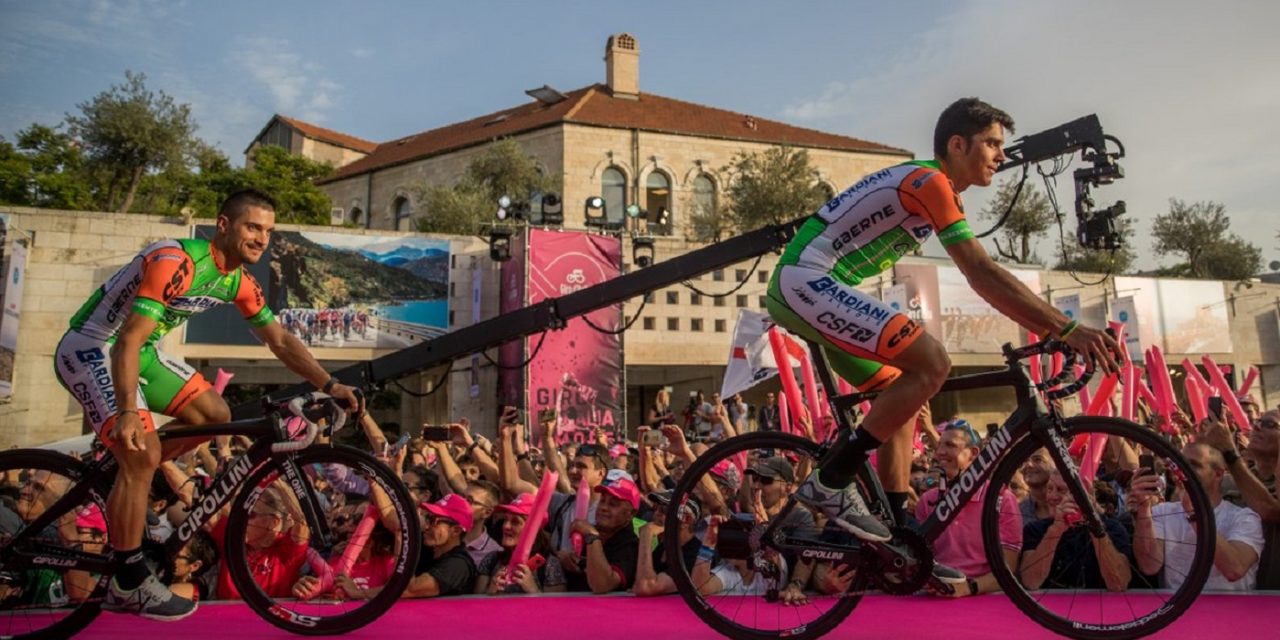 Israel is hosting the biggest sporting event to be held in its history, with 176 cyclists from 22 different teams set to compete Friday and Saturday in the first leg of the 2018 Giro d’Italia – the second most prestigious cycling competition after the Tour de France.

The choice to hold the opening of the race in Israel was viewed as a big victory, as it marks the first time it has started outside of Europe in its 101 year history.

Britain’s Chris Froome,  four-time Tour de France champion, is among the cyclists in the race that has drawn thousands of tourists as spectators to the Jewish State, with 34 million dollars having been invested by organisers in the Israeli leg.

“Thousands of the world’s cyclists” were gathering for what is the “second most important” competition after the Tour de France, said Sylvan Adams, one of the event’s organizers in Israel.

The three stages include a 10k Jerusalem section, followed by a 167-kilometer run from Haifa to Tel Aviv, and a 230-kilometer route from Be’er Sheva to Eilat.

Israel Cycling Academy has put together its own team that consists of two Israelis in its eight-members squad, competing for the first time in the European competition.

Thank you to Jerusalem for a beautiful team presentation. We are ready to get the race started tomorrow. #UAETeamEmirates #Giro101 pic.twitter.com/0zWKoqKsib

The Giro d'Italia will come to Israel this weekend. This is one of the most covered sporting events in the world and is of a very large scale. What will happen here is that riders from 45 countries will ride in the Land of Israel and see its vistas.