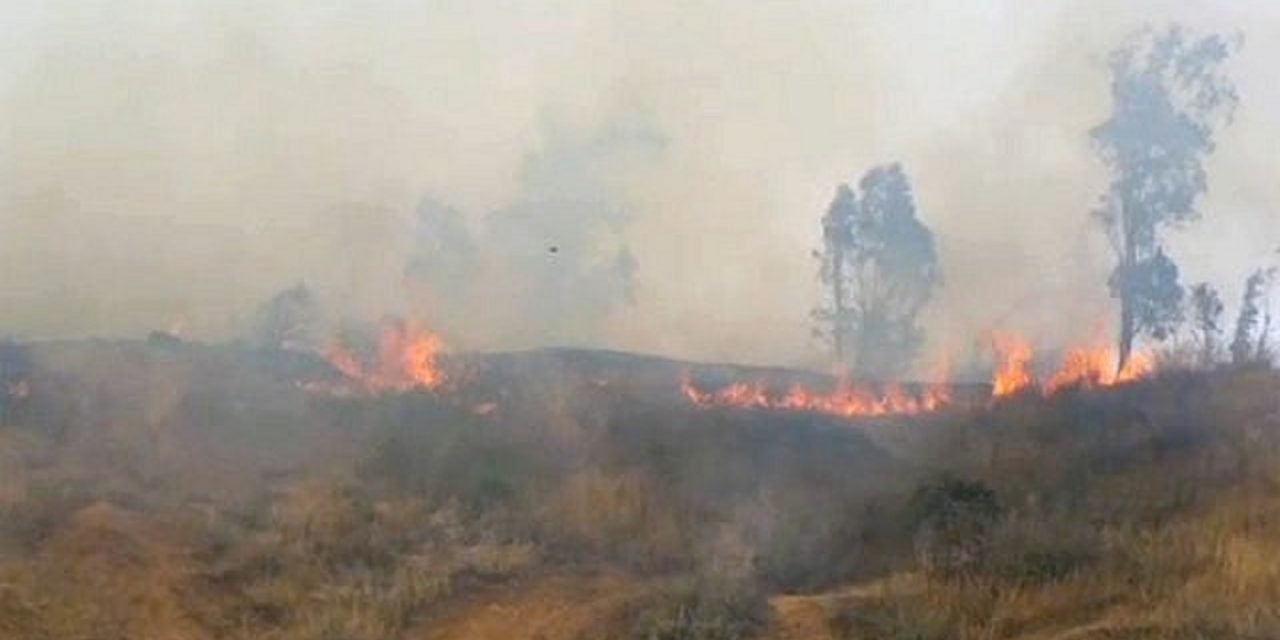 A blaze started by kites carrying burning fuel have ignited fields in southern Israel requiring ten teams of firefighters to fight them.

The fires were the largest since Palestinians participating in riots led by the terrorist group Hamas started adopting the tactic. The area affected by the fires were fields located near Kibbutz Be’eri close to Israel’s border with Gaza.

The fire on Wednesday was the largest one to date, which spread across dozens of acres of land, and was likely helped spread by dry and windy weather conditions.

So far, 86 acres of farmlands owned by the Negev Moshavim company have been burned by the recent kite attacks, amounting to millions of Shekels worth of damage, reported The Jerusalem Post.

Acres of trees in the Be'eri Forest in Israel, close to the Gaza border, are going up in flames after Palestinians send Molotov cocktails attached to kites into Israel; Seven Israeli firefighting teams are on the scene battling the blaze.Hamas terrorists once again causing destruction in Israel.#Hamas #Terrorists #PrayforIsrael #Israel #CUFI

Posted by Christians United for Israel – UK on Wednesday, 2 May 2018

The fires burned for hours and consumed dozens of acres of grasslands and agricultural fields. As of late Wednesday, the firefighters were reported to only beginning to get the fires under control.

The Israeli security forces have yet to develop a strategy to fight this tactic, referred to by the Times as “arson-by-kite,” effectively. The threat to Israel from the fires belie claims of Hamas that the riots are non-violent.

The rioters have also attempted to tear down the fence separating Israel from the Gaza Strip.

During the five weeks of the riots, over 40 of the rioters have been killed by the IDF. A study by the Meir Amit Intelligence and Terrorism Information Center in late April determined that 32 of the 40 rioters killed at that point were tied to terror groups.