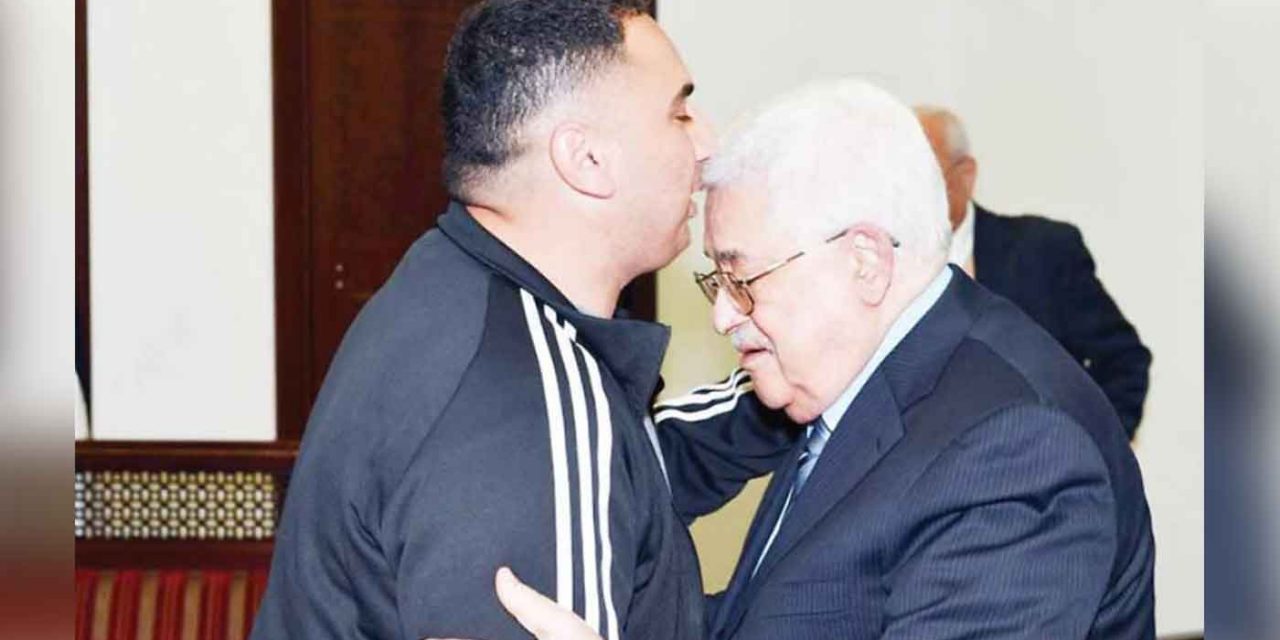 The Times of Israel reports: Palestinian Authority President Mahmoud Abbas welcomed a terrorist immediately upon his release from a 20-year sentence in Israel prison for murder, in an hour-long meeting that focused on Palestinian prisoners.

Rajaei Haddad was saluted by other Fatah members as “a leader, a hero, and a fighter.”  Palestinian Authority TV showed footage of the meeting between Abbas and Haddad, who spent two decades in prison for his role in the November 1997 murder of yeshiva student Gabriel Hirschberg in the Old City of Jerusalem, in an April 10 television report. The report stressed “that our leadership gives top priority to the issue of our prisoners.”

Haddad was released from jail on March 14. He was the lookout for the terror attack on Hagai Street, signalling to Ayman al-Sharbati when he saw two yeshiva students approaching. Al-Sharbati, who is still in prison, opened fire with a Kalashnikov assault rifle, killing Hirschberg and seriously wounding the other student.