A previous attack on Parliament was also by an ideology against British values. It was defeated. 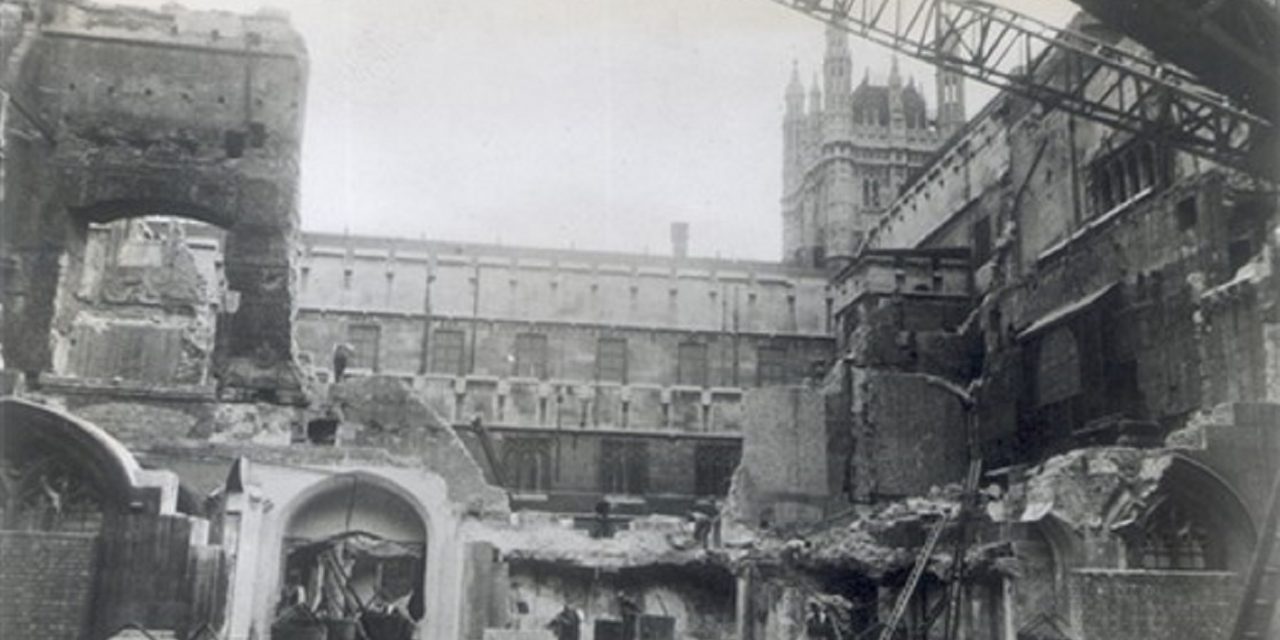 The fatal terror attack in Westminster on Wednesday targeted the heart of British democracy. It was an attack on our freedom and values that have been fought for and defended with cost and with courage. It was done by a perpetrator with an allegiance to a radical Islamic Jihadist ideology. Islamic State has claimed responsibility, although it is yet to be verified. Whether ISIS ordered the attack or not, the evil ideology behind the attack is the same.

It is not the first time Westminster has been attacked. During World War II, it was by a very different ideology, yet was also evil in its motive with the intent to utterly destroy our freedom and way of life. The Palace of Westminster in which the Houses of Parliament are situated, was damaged by air raids on fourteen different occasions.

The worst attack was on the night of 10 May 1941, when the Commons Chamber and Westminster Hall were both hit by bombs.

The most serious damage to Parliament took place during the heavy night raid of 10-11 May 1941. An incendiary fell onto the 350-foot high Victoria Tower (in 1941 covered by outside scaffolding for repairs). A police sergeant bravely climbed the scaffolding and extinguished the burning magnesium with a sandbag. Next, several high explosive bombs hit near the western courtyard, killing two auxiliary policemen and blowing down heavy debris.

The Commons Chamber was hit by a high explosive bomb and the wooden hammer-beam roof of the 600-year old Westminster Hall was set on fire by falling incendiaries. Firemen broke down the doors to the Hall with axes and sprayed water upwards onto the burning rafters. Soon, these crews were standing waist-deep in water whilst burning debris fell on them from above. The flames rapidly burnt through the medieval timber of Westminster Hall’s roof, creating a huge hole. In response, fire crews hosed the roof throughout the night, pumping water directly from the Thames after their own reserves ran dry. Throughout the Blitz, MPs undertook regular firewatching duties, stationed overnight within Parliament’s precincts.

Seven decades later, on Wednesday 23 March 2017, security personnel and emergency services were required to respond to another attack on Westminster in which four victims, including a police officer, died.

An image of MP and Middle East Minister, Tobias Ellwood, quickly circulated on social media showing the government minister attempting to save the police officer’s life. In the immediate aftermath of PC Keith Palmer being stabbed, Mr Ellwood ran towards the scene of the attack putting his own life in possible danger. This self-sacrifice and value for human dignity has been rightly praised. His efforts demonstrated that when confronted with evil, it is our compassion for one another that must determine our response.

The threat to the West by Islamic Jihadists is intended to disrupt our way of life and impose their radical ideology, much like the evil ideology of Hitler’s Nazism. It must be confronted and not allowed to succeed. But as Londoners resolved 75 years ago, Britain will not be defeated. We will carry on.

Minister @Tobias_Ellwood battled to save life of police officer at scene of #Westminster terror attack https://t.co/ebjK6guhQW