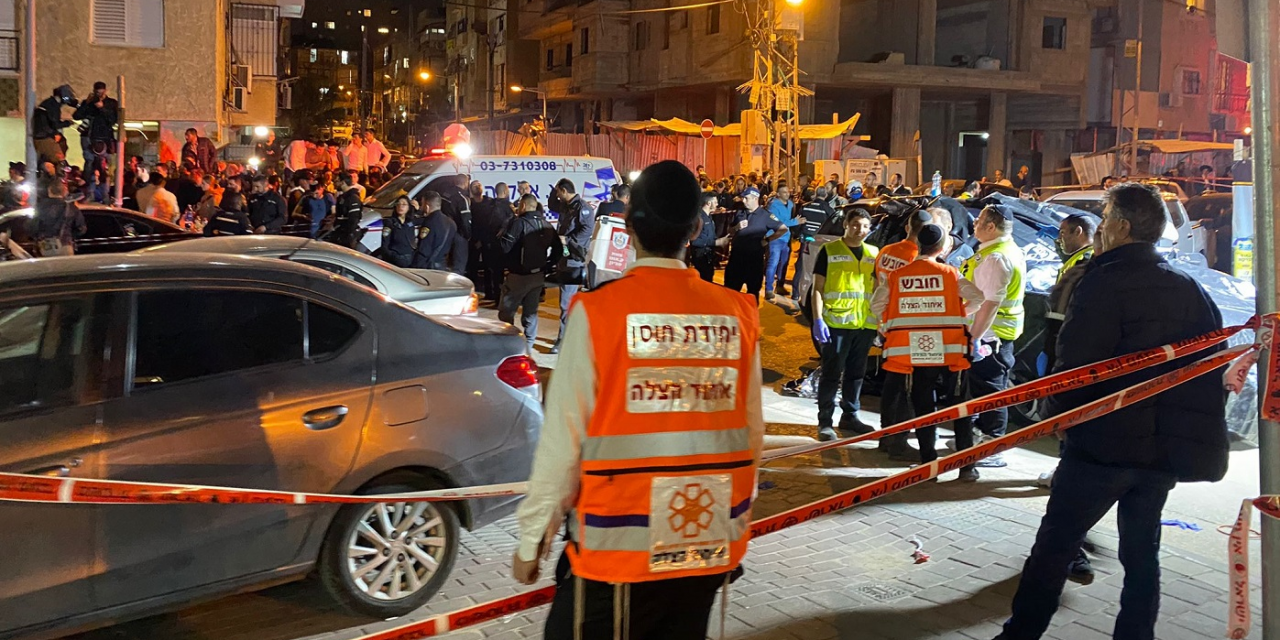 Five people have been murdered in a terror shooting in Israel, the third terror attack in a week.

A Palestinian terrorist fired shots from a motorcycle as it drove through the Bnei Brak neighbourhood of Tel Aviv before being shot by a police officer, who himself was among the victims.

The police officer was named as Amir Khoury, 32, a Christian Israeli Arab, who was part of a team of two motorcycle officers who tracked down the terrorist, shooting him and ending the shooting spree.

One of the victims in tonight's terror attack in Israel. 32-year-old Amir Houri, a Christian Arab and Israeli police officer who gave up his life to save Jews. Was murdered after confronting the terrorist, whom he also killed. pic.twitter.com/ojFkRHJYBP

Yaakov Shalom, 36, was driving home when he was stopped by the gunman. He was a father of four young children.

Avishai Yehezkel, 29, was also a father of one and expecting his second child. He had taken his 2-year-old son for an evening walk his his pushchair. He was shot trying to protect the boy.

Two other victims have been named on social media as Dima and Sasha, two Ukrainians who came to Israel as foreign workers.

“Israel is facing a wave of murderous Arab terrorism,” Prime Minister Naftali Bennett said late Tuesday. “The security forces are at work. We will fight terrorism with persistence, diligence and an iron fist.”

We are currently dealing with a new wave of terrorism.

We have experience in dealing with terrorism, from the very beginning of Zionism.

Security officials identified the terrorist as Diaa Hamarsheh, 26, a Palestinian from the town of Ya’bad near Jenin in the West Bank who was in Israel illegally. Israeli media reported that he had spent time in Israeli jail in the past, according to the Israel Security Agency (Shin Bet).

Reports on social media show celebrations outside his family home in Jenin and in other Palestinian cities later Tuesday.

A celebratory procession goes through the streets of the Palestinian city of Jenin chanting "God is great!" following tonight's deadly terror attack near Tel Aviv in which five Israelis were killed. pic.twitter.com/M0AUjqYioH

Palestinians are distributing sweets in Jenin to celebrate the murderous terrorist attack in Bnei Barak where 5 Israelis were murdered.

They sanctify death. They celebrate terrorism. They have NO FUTURE. pic.twitter.com/Edb3IXjp76

In Jenin (West Bank) Palestinians are literally celebrating the murder of 5 civilians Today by a terrorist. pic.twitter.com/LnRoCjBscD

In a statement, UK Foreign Secretary Liz Truss said, “I am deeply saddened by another terrible terror attack in Israel today. My thoughts are with the Israeli people, especially those affected. The UK condemns this horrifying and senseless violence.”

This is the third terrorist attack in one week.

Seven days ago, an Arab Israeli influenced by ISIS opened fire in the southern city of Beersheva, killing four people. This past weekend, two 19-year-old Israel Border Police officers were killed in a shooting attack in Hadera.

So far, 11 people have died in these attacks. In total, there have been 10 terrorist attacks this month.

I am deeply saddened by another terrible terror attack in Israel today. My thoughts are with the Israeli people, especially those affected.

The UK condemns this horrifying and senseless violence.