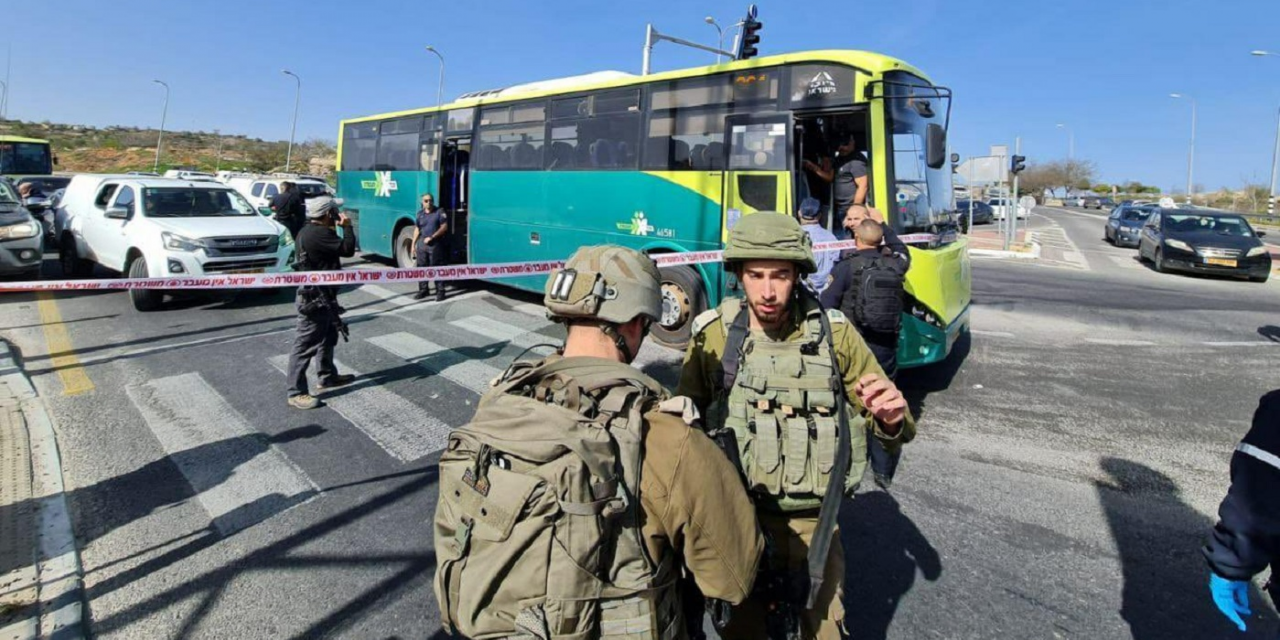 After a series of fatal terror attacks in Israel, Prime Minister Naftali Bennett on Wednesday called on licensed Israeli gun owners to arm themselves in public, whilst Defence Minister Benny Gantz has said calling up reservists is being considered.

“Citizens of Israel, we are currently experiencing a wave of murderous terrorism,” Bennett said in a video statement. “What is expected of you, citizens of Israel? Alertness and responsibility. Open your eyes. Whoever has a license to carry a weapon, this is the time to carry it,” he said.

The spate of violence marked Israel’s highest toll in terror attacks in such a short time since 2006.

Defense Minister Benny Gantz said, “If necessary, we will recruit thousands of reservists who will flood the streets and operate wherever operational activity is required,” Gantz added. Israel rarely calls up reservists, except for training purposes.

“Whatever it takes, we will break this wave of terror. We will bring back peace and stability in a forceful, smart and responsible manner,” he said.

Bennett outlined a serious of security measures including the reinforcement of police by the IDF with 14 battalions and 15 special forces being assigned.

Meanwhile, in a statement on Thursday, the IDF said it had arrested a total of 31 terrorist suspects overnight, including a suspected ISIS operative.

In response to heightening violence including 11 terrorist murders by shooting & stabbing attacks in Israel in March the IDF Chief of Staff has reinforced security forces with 14 battalions and assigned 15 special forces companies to assist police. pic.twitter.com/Haa6CITT5I

Bennett urged the Israeli public to remain strong in face of the deadliest terror wave to hit the country since the Second Intifada.

“Citizens of Israel, we are currently experiencing a wave of murderous terrorism and, just like in all the previous waves, we will prevail, together,” he said.

“This is neither our first nor our second wave of terrorism. We have experience with struggle. Israeli society, when it is tested, knows how to show composure, remain resilient, and rise to the occasion. We cannot be broken.”

This is what Israel and all its citizens have to deal with on a daily basis as stabbings and stone throwing against vehicles continues today. This is Jenin, a city that Israel gave to the PLO to run for themselves. Earlier IDF entered the city looking for suspects who are behind pic.twitter.com/jezB3T4ubu

The string of deadly attacks has underlined concerns about escalating violence during Ramadan. Ramadan can draw tens of thousands of Muslim worshipers to prayers at the Al-Aqsa Mosque in Jerusalem, creating a potentially volatile situation. And no announcements have been made regarding security over Passover, which begins 15 April.

🔴 Another day in Israel, another terror attack.

There has just been a stabbing attempt adjacent to the community of Elazar. The assailant has been neutralized, at least one victim critically injured. pic.twitter.com/fU4BwQD5pp