12 public figures that defended Israel in 2015

Here are our top 12 public figures/personalities that defended Israel and/or the Jewish people in 2015.

Matisyahu, a Jewish-American reggae singer, was scheduled to perform in August at a music festival near Barcelona in Spain. But his show was cancelled after he refused to release a public statement backing a Palestinian state, according to the Federation of Jewish Communities of Spain, which called the disinvitation a case of “anti-Semitic cowardice.”

A week later the festival made an apology and invited the singer back.

Labour MP for Hampstead and Kilburn, Tulip Siddiq, led a group of MPs in the signing of an early day motion in Parliament calling for “every measure” to be taken to protect the London Jewish community in Golders Green ahead of a planned neo-Nazi demonstration in July.

She said, “Whilst some MPs may dismiss such motions as simple gestures, I would argue that the historic consequences of allowing bigotry to fester unchallenged are too grave to ignore.”

The demonstration was eventually moved from Golders Green to Whitehall.

Kenneth Rasalabe Joseph Meshoe, President of the African Christian Democratic Party, said in a television interview in August that Israel does not resemble the apartheid regime he grew up under, and spoke out against the BDS movement.

During a week-long visit to Israel, he expressed his great admiration for the Jewish State in a brief and explained why it was inaccurate to call Israel an apartheid state.

“There are many Christians that support Israel, but they don’t come out…Those who know what real apartheid is, as I know, know that there is nothing in Israel that looks like apartheid,”

Honduran President Juan Orlando Hernández declared in October while on a visit to Jerusalem that relations between his Central American country and Israel have never been closer. “As long as I am president, Honduras will stand behind Israel,” Hernández said.

In the wake of the desecration of a Jewish sage’s grave, Tunisian President Beji Caid Essebsi promised a European rabbinical body in March that he would protect his country’s Jews.

He said, “I will not return Tunisia to the days of dictatorial rule, but will firmly protect all citizens and the Jewish community and its institutions.”

In March, Prime Minister David Cameron voiced his “unbreakable” belief in Israel and affirmed his stand with the Jewish people in the UK. He also committed to not turn a blind eye to the recent rise in anti-Semitism in the UK.

At a meeting in November between Cameron and Netanyahu at 10 Downing Street, Britain’s Prime Minister said the UK “remains staunch in its defence of Israel’s right to exist and to defend itself”.

Jewish actress Mayim Bialik took to Facebook in December to slam people who boycott her because she supports Zionism and Israel.

“For those of you who refuse to follow me and discourage others from doing so because I am a Zionist (as if that’s a crime!!), I highly recommend you look up Zionism in a dictionary rather than using the definition perpetrated by anti-semitic media and leaders. Zionism is the belief that Jewish people deserve an autonomous homeland free from terrorism and threat to our global existence. if you don’t want to follow me because I believe in that, by all means don’t.”

In December, Hungarian prime minister, Vikter Orban, spoke out at the “eleventh hour” in opposition of a statue honouring a fascist who helped facilitate the deportation of Jews during the Holocaust.

In December, Greece became the second European nation to declare its refusal to abide by the European Union’s newly issued guidelines on labeling Israeli settlement products.

Greece’s rejection of the EU guidelines came days after Greek Prime Minister Alexis Tsipras visited Israel. While in Jerusalem, Tsipras signed the guest book of Israeli President Reuven Rivlin, saying that it was a “great honor to be in your historic capital and to meet your excellencies.” Tsipras’ acknowledgement of Jerusalem as Israel’s capital was called “unprecedented, especially for a European leader” by an unnamed former Israeli diplomat.

In November, London Mayor Boris Johnson returned from a trip to Israel. He condemned boycotts of Israel, calling them “foolish”, praised Israeli innovation and prayed for peace at the Walling Wall.

A month later, Boris pledged to continue standing up for Israel after his mayoralty ends, saying:

“I first spoke in favour of the state of Israel at the age of about 18. It’s complicated and there are difficult questions on both sides but in the end Israel is a massive positive force in the world. Of course I will continue to stand up for Israel and for my beliefs.”

French Prime Minister Manuel Valls was honoured in May by a gathering of European rabbis for his “exemplary determination in the fight against anti-Semitism,” less than a month after he announced the beginning of a massive national effort to combat the rising levels of anti-Jewish incidents in his country.

In December, he told the National Assembly in France that he and his government were opposed to any form of boycott targeting Israel.

And finally, our number 1… 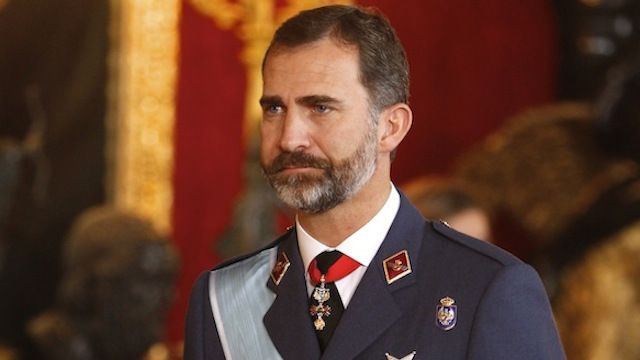 In a historic ceremony in November, Spain’s King Felipe VI honoured Sephardic Jews who were banished more than five centuries ago during the Inquisition, after a law allowing dual citizenship for their descendants came into force.