‘An appointed time’ – A message for the Feast of Tabernacles 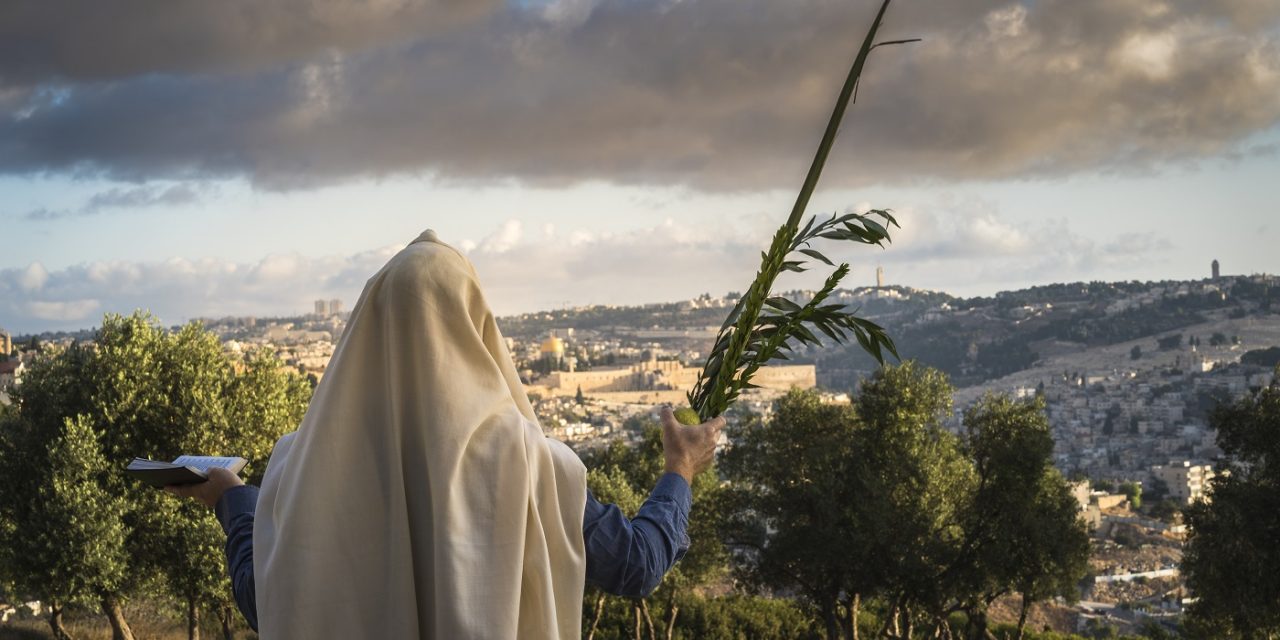 “The voice of rejoicing and salvation Is in the tents of the righteous; The right hand of the Lord does valiantly.” (Psalm 118:115)

We’ve recently had the awakening of the Feast of Trumpets, bringing forth the end of one year in the Jewish civil calendar and the beginning of another. This was followed by 10 days of introspection, culminating in Yom Kippur, or Day of Atonement, which was a day of repentance and getting right with God and others. Right now, the Jewish people are observing the Feast of Tabernacles.

Let’s discover the importance of this Feast to the Jewish people and why it is also significant to Christians.

Here are a few things to remember about the Feast of Tabernacles:

In Bible times caravans of pilgrims from faraway lands went up to Jerusalem. They were filled with thanksgiving, gladness, and expectancy, cheerfully shouting psalms, hymns and spiritual songs, glorifying the Lord on instruments of all kinds.

The underlying theme of this festival is God’s provision.

We serve a God who is faithful to provide for His people. The question is, are we a people of thankfulness? Our faith in God is strengthened when we approach His throne with a spirit of praise and an attitude of thankfulness. What’s more, when we lift our praise to the God of Israel, reaching the throne-room of Heaven with the worship of our hearts, do you know what happens? We’re acknowledging that He is more than capable of taking care of our deepest needs. When we lift up the Name of the Lord of Hosts who is worthy to be praised, we’re declaring that He is bigger than my situation; He is more than able to provide. We serve a Great God. So let that be the testimony on our lips.

Returning to Sukkot, this was a festival of great expectation and joy. In fact it was known as the “season of our rejoicing” because Jewish people believed the promise of the Messianic Kingdom could be fulfilled during this time.

When we look at Scripture, there are two main strands to the Feast of Tabernacles in which God is proven to be provider. Firstly, it occurs after the fruit harvest has been completed in Israel. It includes a rest from labour and a time of rejoicing in what God has done in providing for His people.

Secondly, the Feast of Tabernacles was instituted by God right after He had delivered Israel from bondage in Egypt.

Jews were to remember God’s provision during the 40 years of wandering in the wilderness when God ‘tabernacled’ or ‘dwelt’ among His people. Therefore, future generations of Israelites would spend this festival in temporary tents or “tabernacles” made from specific plants to remind them and future generations of God’s deliverance out of “the land of Egypt.” In Bible times, Jews from outside Jerusalem would stay at family homes and even stay with strangers so that they could obey God’s command to gather at the Temple. And so today in accordance with God’s Word, Jewish people all around the world spend the festival living in home-made tents called “sukkot” or “booths”. Isn’t it wonderful how God uses these simple but profound object lessons throughout the Bible for us to remember these important lessons.

The lesson in this case is to remember that dependence upon Him was not limited to those 40 years. When the Jewish people make their temporary booths in their gardens, this vital message passed from generation to generation over thousands of years is true today as it was the moment they entered the Promised Land – ultimately only God’s provision can be truly relied upon in this fragile and temporary life and that He is all we need.

You’ve probably seen pictures of these outdoor booths with plant branches forming a roof, but with a gap to still see the sky. These became the place that Jews spend most of their time during the week-long festival. And there is the tradition in accordance with God’s instruction in Leviticus that required a palm branch, a myrtle branch, and a willow branch to be bound together. A citron fruit would be held in the other hand and if you were in Jerusalem it was local custom to tie the branches together in golden thread. This is called the “lulav”, a symbol of thanksgiving to God. People rejoice by waving them or shaking them about on each day of the seven days, except on the Sabbath. This is certainly the most joyful feast, a time of celebration.

Ceremonial aspects of the Feast of Tabernacles involved a water-drawing ritual and the illumination of the Temple with the menorah lamps.

The Feast of Tabernacles is one of the seven Feasts of the Lord and He commanded Moses for the Israelites to observe these feasts throughout all generations. The significance of these Feasts is that they remind us of what God has done in the past AND what He will perform in the future.

“Speak to the children of Israel: ‘The feasts of the Lord, which you shall proclaim to be holy convocations, these are My feasts….'”

And pertaining to Sukkot in verse 34: “The fifteenth day of this seventh month shall be the Feast of Tabernacles for seven days to the Lord.”

The Hebrew word for “feast” is ‘moed’. It is literally translated ‘appointed time’.

There is also another word for feast sometimes used which is ‘chag’. But ‘moed’, is different. It reflects the times that God has specifically appointed to honour and remember moments when God has connect with and rescued his people.

Also notice the phrase “holy convocations”. The Hebrew word for convocations is ‘mikra‘, which is translated as ‘rehearsal’. So, the seven Feasts of the LORD are God’s appointed times and dress rehearsals for significant events, as ordered and predetermined by God.

You may have thought till now that the Feast of Tabernacles was only a Jewish tradition. Well I have news for you! An appointed time is coming when Gentile and Jew will gather together in Jerusalem to worship the King of kings. It is God’s purpose to ‘tabernacle’ or ‘dwell’ among us. Are you ready for that day?

That’s why many Christians choose to visit Jerusalem at the Feast of Tabernacles in anticipation of this future ‘appointed time’. You could say, a rehearsal for what is to come.

Mindful of what is yet to come, we celebrate in our hearts, united with our Jewish brothers and sisters, rejoicing that God is indeed faithful to provide and celebrating that one day in Zion all the earth will know and worship the Messiah King. Friends, there is an ‘appointed time’. A time appointed by Almighty God Himself!

Chapter 14 of Zechariah says that the Messiah will stand on the Mount of Olives. The mountain will split, creating an enormous valley and the nations that came against Jerusalem “will go up from year to year to worship the King, the Lord of hosts, and to keep the Feast of Tabernacles.”

Let’s close by reading one of the Psalms which were popular during the Feast of Tabernacles, Psalm 118.

This Psalm would have been joyfully sung by women at the Temple as they attended a ritual offering that involved priests bringing water drawn from the Pool of Siloam and then mixing together with the pitchers containing the offering of wine. This took place every morning of the feast beginning with the blowing of the shofar three times. Imagine for a moment you are among hundreds of thousands of people gathering to hear the joyful singing of the chorus of women, lifting up their worship into the heavens as well as the Levites at the temple praising and playing musical instruments as the Psalms are chanted. All this jubilation was followed by complete silence to think about the source of true life, salvation and refreshment before returning to their booths.

Open to me the gates of righteousness;
I will go through them,
And I will praise the Lord.
This is the gate of the Lord,
Through which the righteous shall enter.

I will praise You,
For You have answered me,
And have become my salvation.

The stone which the builders rejected
Has become the chief cornerstone.
This was the Lord’s doing;
It is marvelous in our eyes.
This is the day the Lord has made;
We will rejoice and be glad in it.

Save now, I pray, O Lord;
O Lord, I pray, send now prosperity.
Blessed is he who comes in the name of the Lord!
We have blessed you from the house of the Lord.
God is the Lord,
And He has given us light;
Bind the sacrifice with cords to the horns of the altar.
You are my God, and I will praise You;
You are my God, I will exalt You.

Oh, give thanks to the Lord, for He is good!
For His mercy endures forever.