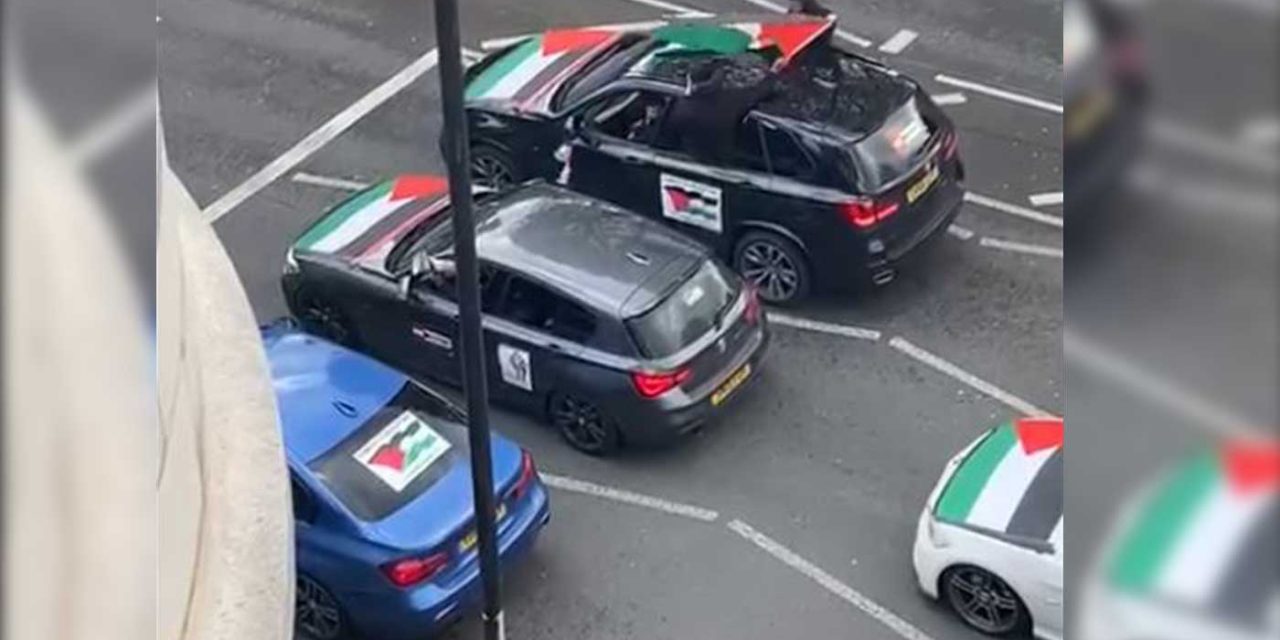 Four men who shouted anti-Semitic abuse and threats in a Jewish neighbourhood in May have been charged by police.

The men were arrested after a video emerged on social media showing them driving in a pro-Palestinian car convoy in northern London while broadcasting rape threats against Jewish women and other anti-Semitic messages from a megaphone. It is yet another example of how anti-Israel hatred is, more often than not, motivated by anti-Semitic bigotry.

The horrendous things they shouted include included ‘f** the Jews, f** their mothers, rape their daughters.”

Their anti-Israel protest was part of wider demonstrations in London by pro-Palestinian activists during the recent conflict between Israel and Hamas. The 11-day conflict saw a spike of anti-Semitic incidents throughout the UK, not least this one.

The Metropolitan Police said on Monday that the suspects are all from the north England city of Blackburn and have been charged with “using threatening, abusive or insulting words, or behaviour, with intent, likely to stir up racial hatred.”

The Community Security Trust tweeted it “welcomes the news that four men have been charged in connection with antisemitic abuse being shouted from a car convoy on Finchley Road, north London, May 2021. We thank Met Police for their work on this investigation.”

A spokesperson said: “This was a particularly distressing incident that caused alarm across the Jewish community. CST worked closely with the Police on the day itself and afterwards and we are pleased that their investigation has led to these charges.”

The incident shocked the Jewish community when it was shared on social media earlier this year. It made national headlines and British Prime Minister Boris Johnson blasted the incident at the time, saying, “there is no place for anti-Semitism in our society. Ahead of Shavuot, I stand with Britain’s Jews who should not have to endure the type of shameful racism we have seen today.”