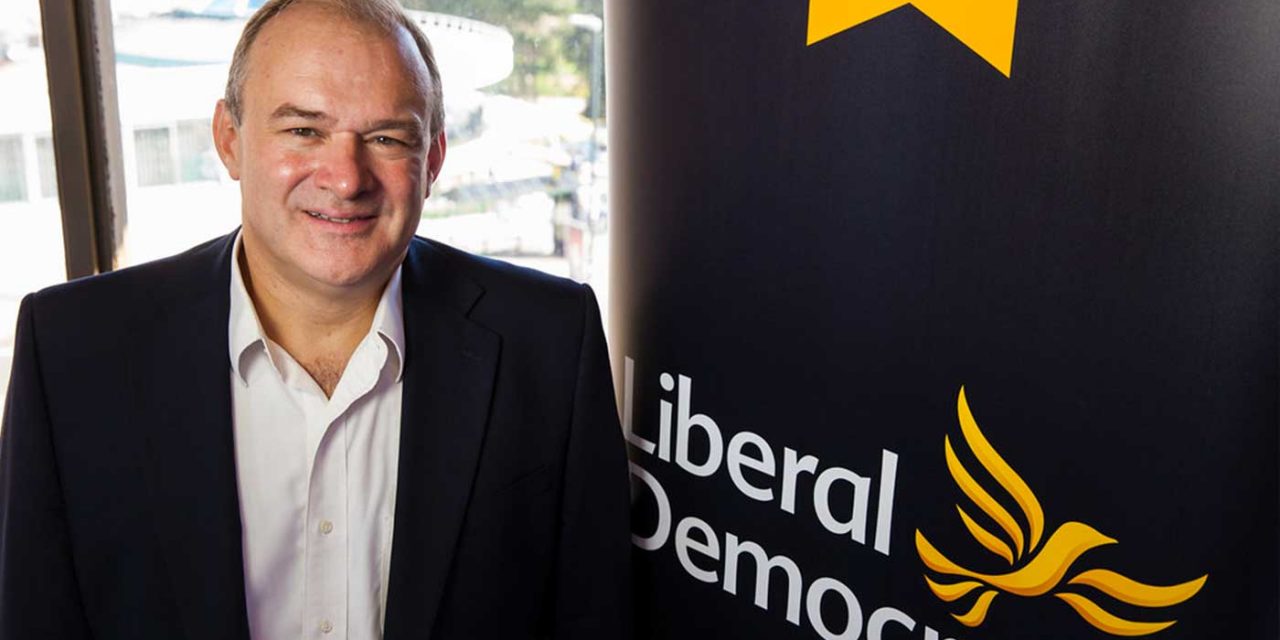 The Liberal Democrats have voted to support the boycott of Israeli goods from Judea and Samaria (West Bank) as well as other anti-Israel resolutions, including support for the ICC’s biased investigation into Israel’s military actions against Hamas.

The votes took place during the Lib Dems annual conference and were passed overwhelmingly.

One resolution stated: “Illegal Israeli settlements represent a de facto annexation of Palestinian territory and that such settlements are a major but not sole factor in making the search for a lasting peace ever more difficult to achieve.”

Another resolution called for the International Criminal Court (ICC) to be given the right to investigate “possible international crimes in Israel and Palestine.”

Party delegates also voted in favour of a motion that recognised the two-state solution with borders based on the 1967 lines.

Understandably, we here at CUFI have a number of objections to the policies of the Liberal Democrats.

In regards to Israeli products from so-called ‘illegal’ settlements, this is actually not the case. Israel has full sovereign rights to the land of Israel in its entirety, including Judea and Samaria (the West Bank), as confirmed by the United Nations in its charter and backed up by various forms of international law that have been adopted by the United Nations. You can read more about it here.

Furthermore, punishing individual Jews (and only Jews) because they happen to live in an area that others deem illegal is racial discrimination that we do not expect from a political party in Britain.

In regards to the International Criminal Court, the ICC has no legal jurisdiction to investigate Israel based on the same foundation of international law as stated above. The ICC is breaking international law and its own founding principles. Not to mention the fact the ICC’s investigation is heavily biased against Israel as the dates set for the start of the investigation happen on the day after three Israeli teens were brutally murdered by Palestinian terrorists and instead makes it look like the war between Israel and Hamas was started because of Israeli aggression instead of the real cause which was Palestinian terrorism against civilians.

Think about that for a moment. The International Criminal Court set its date (at the behest of the Palestinians) in order to save the reputation of murderous terrorists and now political parties like the Liberal Democrats are expecting this morally bankrupt court to be able to deliver a fair and unbiased verdict. Not to mention the fact the ICC is investigating an area it has no rights to investigate based on its own charter which states that it must have permission from sovereign states in order to investigate.

We also object to the 1967 borders being the borders of a future two-state solution. This just is not feasible in any practical sense and it goes against all previous agreements between Israel and the Palestinians which expressly state that parts of Judea and Samaria (the West Bank) will become parts of Israel in a future peace agreement. Furthermore, the 1967 borders were not borders but armistice lines following the invasion of Jordan into Israeli territory. The Jordanians illegally occupied the eastern half of Jerusalem and the entirety of the West Bank from 1949 to 1967 and banned Jews from entering the Eastern part of Jerusalem.

Supporting these borders supports the splitting of Jerusalem and denying the Jewish people access to their holiest sites, the Temple Mount, the Western Wall and the Tomb of the Patriarchs. As the Bible makes clear, Jerusalem is the capital for Israel and the Jewish people forever and no one has the right to divide up the land God has given to them.

Finally, the votes passed by the Lib Dems all relate to the borders of Israel. Not only is it against Biblical truth, but it is also in breach of international law.

The UK, and every nation that is part of the United Nations, has signed the UN charter which explicitly states that no other nation can determine the borders of another sovereign state. The UN charter also expressly states that Israel has sovereign rights to Judea and Samaria (West Bank) and that the establishment of a Palestinian state can only happen with the permission of Israel.

Therefore, Israel holds all the cards when it comes to international law and the borders of Israel. Those who hate Israel can keep repeating the lie that Israel is in breach of international law. In fact, most UN nations firmly believe they are correct when they state that.

The truth is that God made provisions so that the Jewish people’s claims to the land of Israel was rock solid both in Biblical law and the laws of man.

There is nothing the Liberal Democrats can do about that. What is important is how the UK treats Israel, therefore we are deeply troubled that one of the UK’s leading political parties would take such an anti-Israel and anti-Biblical stance when dealing with Israel.