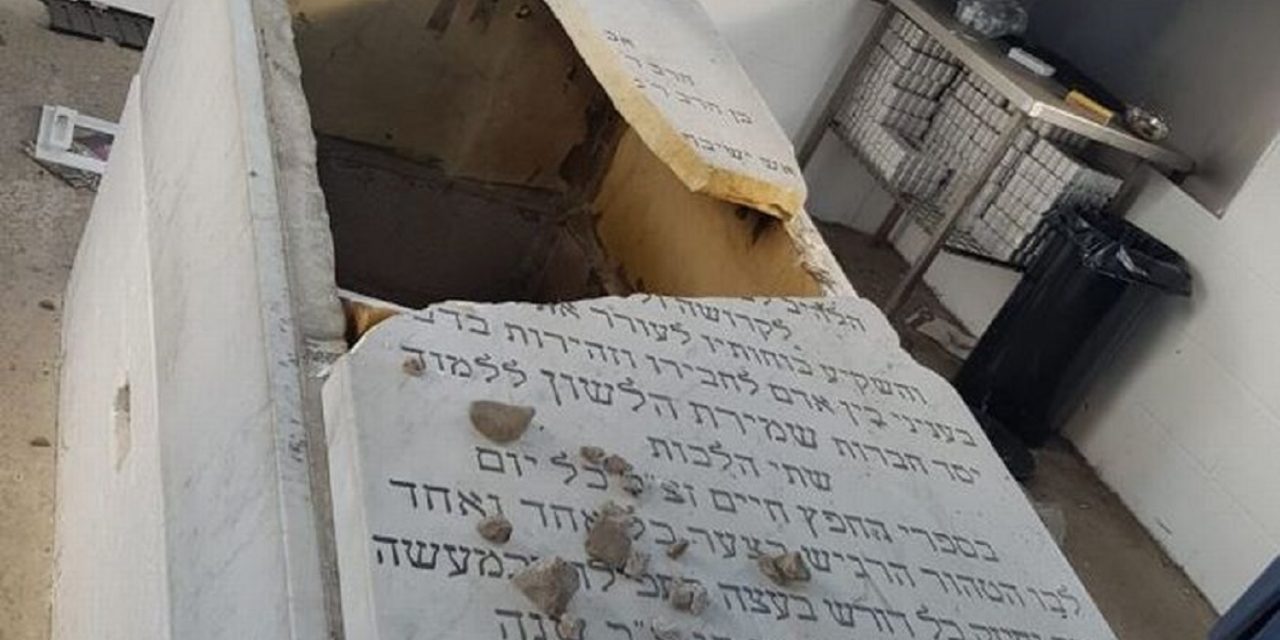 Police investigating an “abhorrent” attack on a Jewish cemetery in Greater Manchester are treating it as a hate crime.

CCTV equipment was also stolen from within one of the buildings in an attempt to cover up the attack, according to Greater Manchester Police (GMP).

Rabbi Shmuli Brown tweeted pictures of the damage after it was discovered on Saturday evening, describing the attack as a “horrible act of antisemitism”.

“These cowards picking on the dead trashed the place,” the rabbi added.

The estimated cost of repairs is £30,000, according to a fundraising page set up to help the cemetery.

Today, the Jewish cemetery in Whitefield, Manchester was vandalised and graves were smashed. These cowards picking on the dead trashed the place. This is a horrible act of antisemitsm. pic.twitter.com/144tAIQIHZ

Superintendent Paul Walker, of GMP’s Bury division, said: “We have launched an investigation and whilst the CCTV has been destroyed by the offenders – clearly in an attempt to cover their tracks – I can assure you that we have a team of dedicated officers working to piece together exactly what happened in an attempt to find those responsible.

“I understand that this incident will have caused distress to many members of our community and we are working alongside our partners including Community Security Trust to ensure that those affected are fully supported.

“We are treating this incident as a hate crime and I want to send a clear message that incidents of this nature will never be tolerated in our communities. I would encourage anyone with any information to get in touch as soon as possible.”