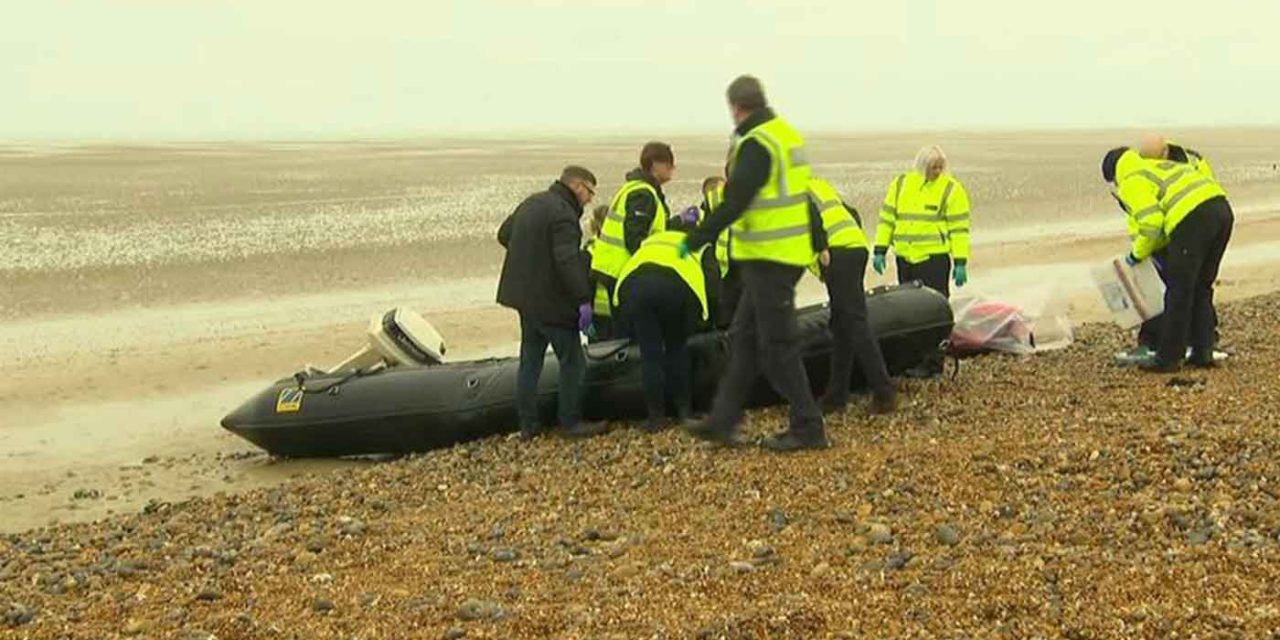 A joint operation between Israeli, British and American secret services resulted in an Iranian scientist who spied on Iran’s nuclear programme for Israel, being able to escape through Europe, disguised as a migrant, and shipped to the UK across the English channel in a dinghy.

You may remember news reports at the end of last year of Iranians crossing the English channel and landing on the beaches of the UK. It is suspected that one of these boats carried the Iranian scientist, and possibly secret agents escorting him.

Israel’s Mossad spy agency pulled a nuclear scientist out of Iran and helped get him to Britain in a joint operation with the UK’s MI6 and the American CIA, the British Sunday Express newspaper reported.

The technician was a long-time Israeli agent who was said to have played a part in the 2012 assassination of Mostafa Ahmadi Roshan, an Iranian nuclear scientist and director of Iran’s Natanz uranium enrichment facility, who was blown up by a bomb attached to his car in Tehran, sources told the weekly.

In October, the technician, 47, began worrying he was going to be found out, so a plan was put together to extract him from Iran, the report said. British and US agents were reportedly keen to speak with the technician to find out everything he knows about what Iran has been up to since signing a 2015 nuclear agreement to limit its nuclear development program.

Known as the Joint Comprehensive Plan of Action, the deal between Iran and the US, Britain, France, China, Russia, and Germany lifted sanctions on Iran in return for it dismantling the weapons-capable aspects of it nuclear development program.

After the Mossad successfully extracted the technician in December, and he was debriefed in Israel, he began a 3,000-kilometer (1,865-mile) journey across Europe to reach the UK, the report said.

MI6 was reportedly tasked with getting him through Europe and into the British Isles, after which he was to be transferred to the US.

Iranian authorities quickly noticed he was missing and apparently sent a force to track him down, the report said.

“This wasn’t without its challenges,” a source told the Sunday Express. “His absence was noted quickly, and we were informed that a special unit of Islamic Revolutionary Guard Corps was sent after him.”

The scientist, who was not named in the report, made it as far as France, but then MI6 was faced with a problem: although the US had pulled out of the Iran nuclear deal, the UK was still upholding the agreement and therefore did not want to transport the Iranian technician into England, the report said.

Instead, agents reportedly decided to smuggle the man into the country by hiding him among Iranian migrants aiming to reach Britain’s shores.

“We couldn’t simply fly him in,” a source was quoted as saying. “Though unusual, it was determined infiltrating him into a group of fellow migrants preparing to cross the Channel by boat offered one solution.”

The technician was helped to join 11 other Iranians who set off from France in a rubber dinghy to cross the English Channel and land in Dover on New Year’s Eve, the report said.

As part of the plan, a UK Border Force ship was put on standby to pick up the dinghy as it reached Britain. However, the migrant’s craft drifted off course and after covering 35 kilometers (22 miles) at sea eventually reached the shore 48 kilometers (30 miles) further down the coast, at Lydd, where passing motorists reported the small group to police.

The arrival of the dinghy, carrying nine men, two women, and a 10-year-old child, was widely covered by British media at the time, though the presence of a scientist was not noted.

Police were dispatched to the beach to pick up the migrants, and MI6 agents quickly moved in to retrieve the technician, who was taken to a safehouse and questioned by intelligence officials, the report said.

“We were reassured during our interview Iran seems to be sticking by the terms of the JCPOA,” the source was quoted as saying. “This is good news.”

After being interviewed by British authorities, the technician was transported to the US, the report said.

US President Donald Trump pulled out of the JCPOA in May 2018, saying the agreement was not strict enough in preventing Iran from developing nuclear weapons and also citing concerns over Iran’s ballistic missile development program.