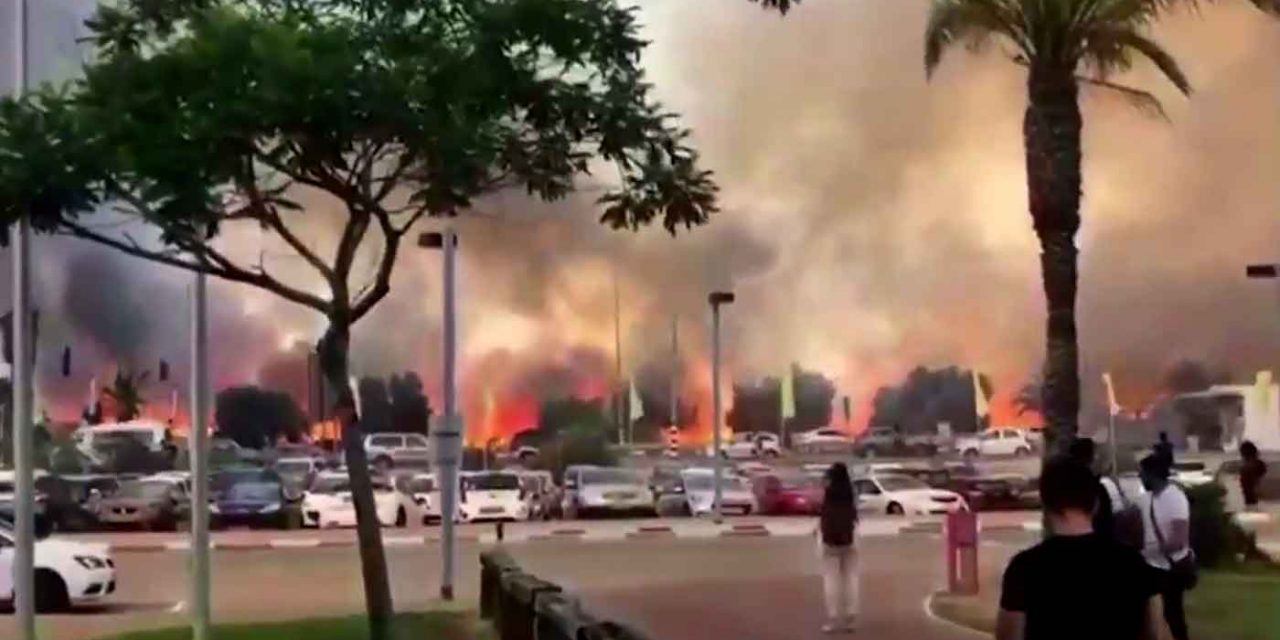 Israel is burning and the world is turning a blind eye once again. Hamas terrorists have made use of every available weapon and now resort to using kites and balloons to launch firebombs and Molotov cocktails into Israel. To many, this kind of weapon may seem primitive and ineffective, but the results have been devastating.

To date Hamas has burned more than 9,000 acres of land and set more than 1,000 fires, an average of more than 11 fires a day, using arson kites and incendiary balloons. Israeli firefighters have been working hard to extinguish the fires, but Hamas has been igniting them at a rapid pace.

Much of the land that Hamas is burning is farmland on the cusp of harvesting season. These fields could have produced wheat, mangos, avocados, and more. The fires also destroyed greenhouses, chicken coops, beehives, agricultural equipment, and water reservoirs. This critically damaged the livelihoods of people living in southern Israel near the Gaza Strip, many of whom rely on agriculture to make a living. The damage has cost Israeli civilians millions of dollars.

Kids should play with balloons, not have their lives threatened by them pic.twitter.com/xtZGH5KtIe

On top of this, thousands of animals have been destroyed and protected nature reserves. More than 200 turkeys choked to death on the smoke caused by one fire, images of beehives on fire have also been filmed. Hamas has even resorted to launched incendiary devices using animals, with a falcon found dead in a burning tree with a firebomb attached to its tail.

Since March 2018, Hamas has organized weekly riots with the goal of infiltrating Israel and committing terror attacks. Fire was a consistent element from the start of the riots. In the beginning Hamas burned tires in an attempt to create a smokescreen, under which they could achieve their terror-driven objectives. During these violent riots, in which Hamas placed Gazan civilians on the frontlines, its operatives used explosives, burning tires, and other weapons to attempt to break through the security fence and kill Israelis.

Israel is also battling hundreds of fires, but not because of drought pic.twitter.com/uo2xyQ7lQ4