French Ambassador to Israel: We’re not making threats, but annexation will have consequences 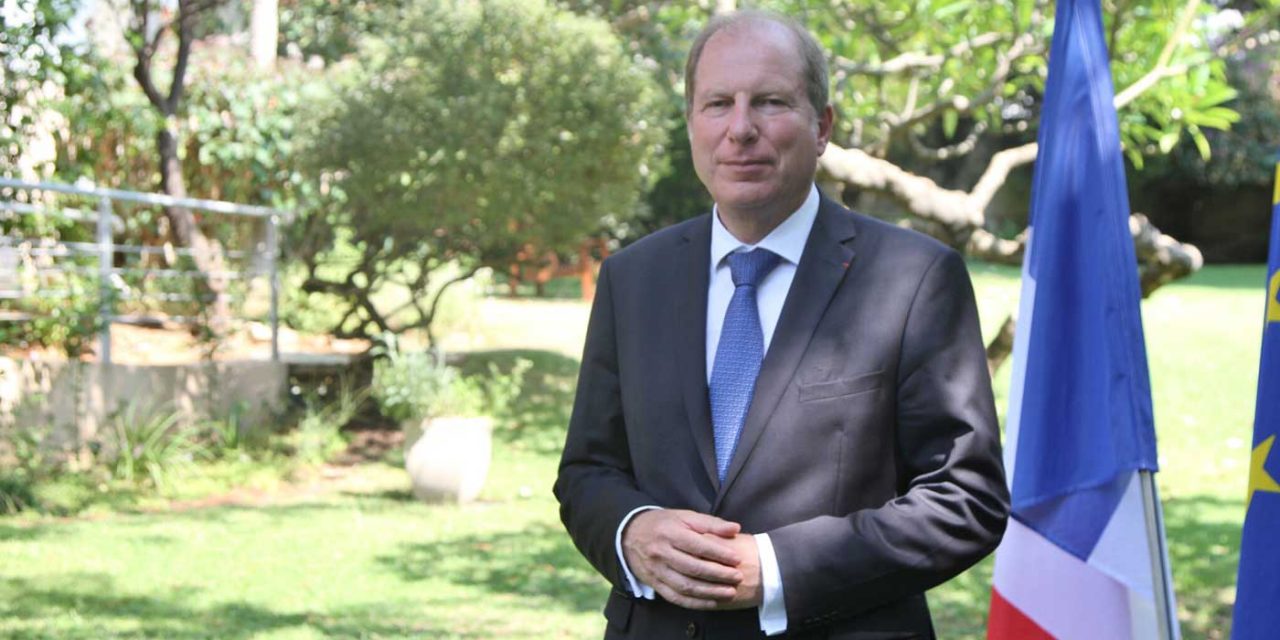 France’s Ambassador to Israel, Eric Danon, has said that if Israel annexes parts of the West Bank there will be “consequences”.

In an interview with the Times of Israel this week, the Ambassador said:

“There are violations of international law of different degrees of severity, and annexation of the Jordan Valley and the settlements would be considered a serious one,” Eric Danon told The Times of Israel. “This qualification implies that there would be consequences, as it would not be considered ‘serious’ otherwise.”

France, like most European countries, has been very outspoken in its opposition to an Israeli annexation. On April 23, French Ambassador to the United Nations Nicolas de Rivière told the Security Council that such a move would “constitute a blatant violation of international law,” could “not pass unchallenged and shall not be overlooked in our relationship with Israel.”

Many observers understood this wording to imply a stern warning, including of possible sanctions against Israel. But Danon said his colleague’s statement should not be read as a menace.

“Let me clarify the wording: There is no such thing as a ‘threat.’ There are reactions to statements issued by Israel, should [Prime Minister Benjamin Netanyahu’s] announcements [about his intentions to annex] be implemented,” he said.

“France has always promoted a vision of international relations based on the rule of law and on negotiations, and not on unilateral actions,” he went on. “Therefore, honestly, there is nothing new in France’s position. There was simply a need to reaffirm this position because for the first time, annexation was included in the coalition agreement and it seems that the deadline is approaching fast.”