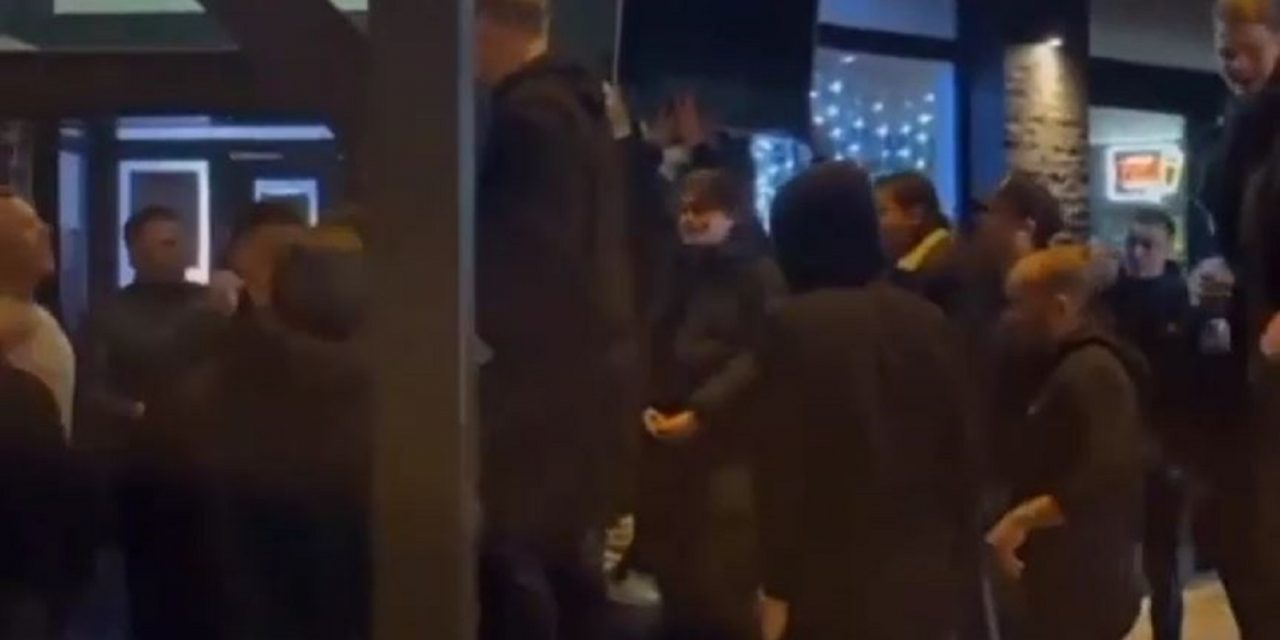 Footage has emerged of football fans in Antwerp, Belgium, giving Nazi salutes while chanting about Hamas and gassing and burning Jews.

Police have launched an investigation into the videos that appeared on social media earlier this week. The incident appeared to have taken place outside a cafe near the football stadium of Beerschot Football team of Antwerp.

“My father was in the commandos, my mother was in the SS, together they burned Jews ’cause Jews burn the best,” as well as “Hamas, Jews to the gas” while making the Nazi salutes.