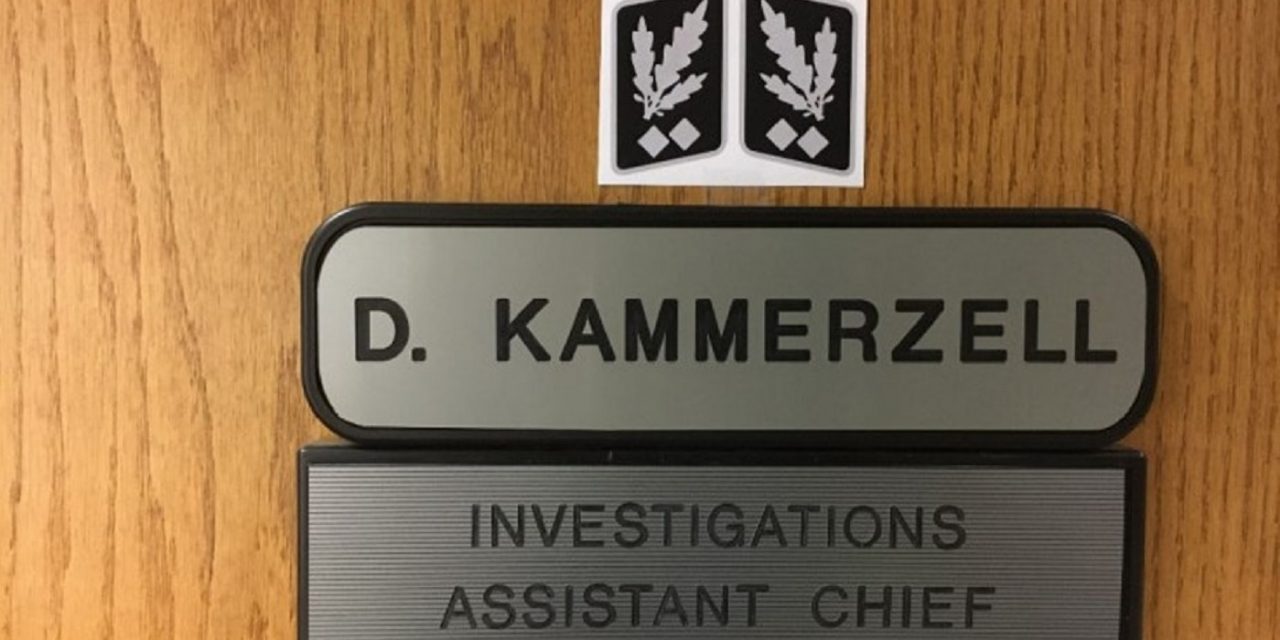 Derek Kammerzell, an assistant police chief in Kent, Washington, received a two-week suspension after displaying a picture of a Nazi insignia on the office door above his name in July 2021. He claimed to have been inspired by the Amazon Prime TV show The Man in the High Castle. Kammerzell said that he thought the symbol was merely a German rank and identified with it because of his German heritage. The symbol was up for about two weeks.

“I am deeply embarrassed by this incident,” Kammerzell said in a December 30 email to the Kent Reporter. “I wish I could take it back. I know now what that rank represents, and that is not what I value or who I am. The expectations for an assistant chief are, rightfully, incredibly high. I do my best every day to meet and exceed those expectations.”

Yet the Amazon show’s premise, however, centers around an alternate version of history where Nazi Germany did win the Second World War and achieved world domination, and the symbol co-opted by Kammerzell historically denotes the rank of SS-Obergruppenfuhrer (senior group leader). The Seattle Times‘ research, therefore, concluded that the assistant police chief’s claim was “not plausible.”