A “resilient generation” for which we owe a debt of gratitude 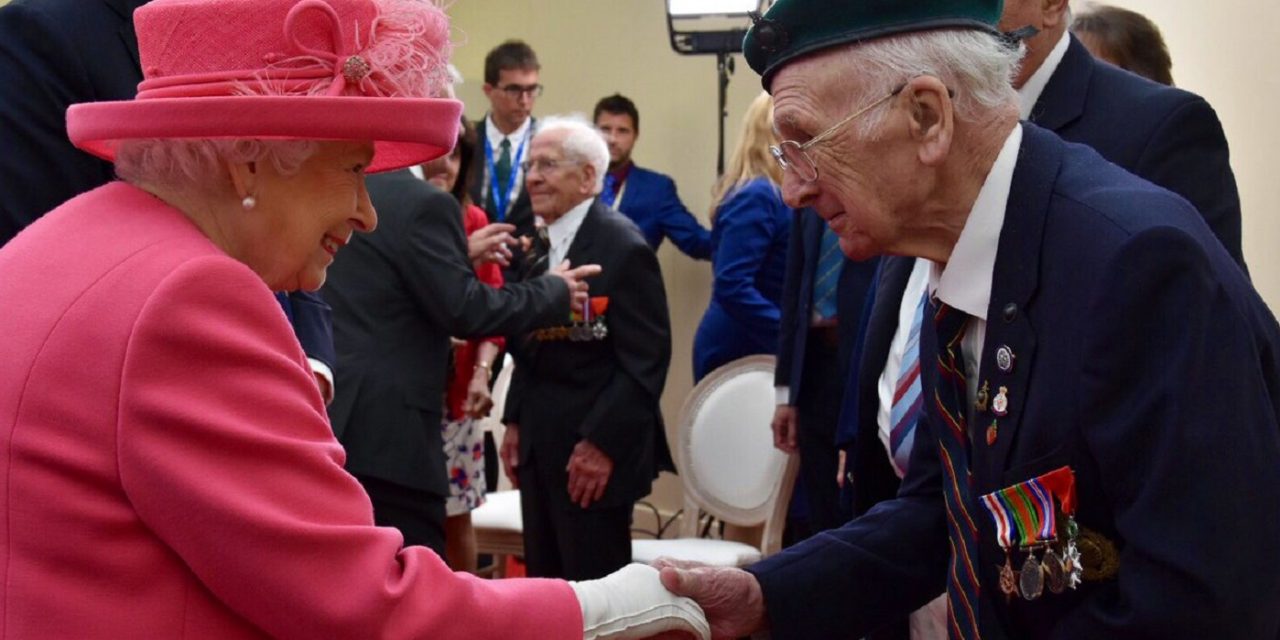 Her Majesty The Queen has led tributes in Portsmouth today during a spectacular commemoration event marking 75 years since D-Day and attended by world leaders, including President Trump. In a closing speech, The Queen said she attended previous ceremonies that some thought would be her last but “the wartime generation – my generation – is resilient”.

On Thursday we remember with thanksgiving the thousands of Allied soldiers involved in D-Day and in the period before and after that gave their lives fighting and for those who paid the ultimate sacrifice. Their courage remains a testimony of a generation – dwindling in number – that rose up to defeat evil, preserving the freedoms we enjoy today and must continue to defend.

D-Day – the invasion of occupied Normandy by the US, the British Empire and other allied countries – was not only the largest seaborne invasion in history (More than 6,000 ships), but was undoubtedly one of the most significant turning points of the Second World War.

Operation Overlord marked the beginning of the end of the War, opening a new front in Europe that led to the eventual defeat of Nazi Germany.

Addressing the Ceremony, The Queen, who served as a truck mechanic during the Second World War,  thanked veterans saying “heroism, courage and sacrifice of those that lost their lives will never be forgotten”.

In an era of new challenges and threats to this freedom, it is imperative that Her Majesty’s words are kept.

“When I attended the commemoration of the 60th anniversary of the D-Day Landings, some thought it might be the last such event. But the wartime generation – my generation – is resilient, and I am delighted to be with you in Portsmouth today.

“Seventy-five years ago, hundreds of thousands of young soldiers, sailors and airmen left these shores in the cause of freedom. In a broadcast to the nation at that time, my Father, King George VI, said: “…what is demanded from us all is something more than courage and endurance; we need a revival of spirit, a new unconquerable resolve…” That is exactly what those brave men brought to the battle, as the fate of the world depended on their success.

"The heroism, courage and sacrifice of those that lost their lives will never be forgotten" – The Queen thanks veterans that took part in the D-Day landings on behalf of the 'whole free world'.#DDay75: https://t.co/oojB6tChOT pic.twitter.com/potEhCqKv7

“Many of them would never return, and the heroism, courage and sacrifice of those who lost their lives will never be forgotten. It is with humility and pleasure, on behalf of the entire country – indeed the whole free world – that I say to you all, thank you.

Not only was D-Day the largest seaborne invasion in history (More than 6,000 ships), but was undoubtedly one of the most significant turning points of the Second World War.

Operation Overlord marked the beginning of the end of the War, opening a new front in Europe that led to the eventual defeat of Nazi Germany.

Prime Minister Theresa May read a letter Captain Norman Skinner of the Royal Army Service Corps wrote to his wife Gladys on 3 June 1944.

Captain Skinner was killed on 7 June that year, the day after D-Day.

"My darling, this is a very difficult letter…"@theresa_may has read a letter written by Captain Norman Skinner to his wife and daughters.

It was in his pocket when he landed on a beach on D-Day but he was killed the following day. #DDay75: https://t.co/oojB6tChOT pic.twitter.com/aOguENaglr

President Trump read a prayer that wartime president Frank Roosevelt delivered in a radio address on D-Day itself.

Mr Roosevelt gave the prayer as US and allied forces were crossing the English Channel to land on the beaches of Normandy, France.

Reading from the prayer, Mr Trump said: “Almighty God, our sons, pride of our nation, this day, have set upon a mighty endeavour, a struggle to preserve our republic, our religion and our civilisation and to set free a suffering humanity.”

If you missed the commemoration event broadcast, you can watch again by clicking here