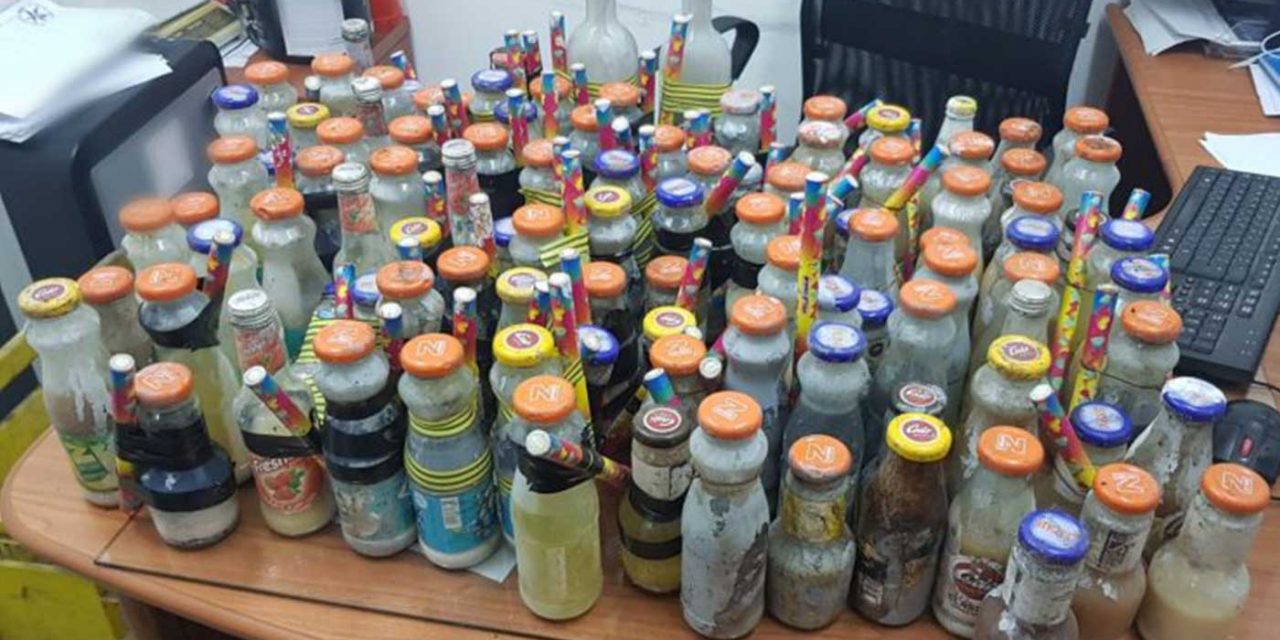 Israeli police on Tuesday arrested an Arab man in the village of Kafr Manda in northern Israel who was caught with a stash of 110 ready-to-use homemade firebombs (Molotov cocktails) in an open field near the village.

The man, 46 with Israeli citizenship, was brought before a judge in the Akko court and his remand was extended.

The arrest follows a similar incident on Monday in which the police exposed two pipe bombs. A sapper dismantled the bombs. The police said they know the identities of the bomb builders.

The police stated that it “will continue to work to locate weapons and expose the criminals until they are brought to justice, with the aim of changing the reality in order to remove the criminal activity from the daily life of normative citizens and increase public safety.”