The story behind the Riga Ghetto 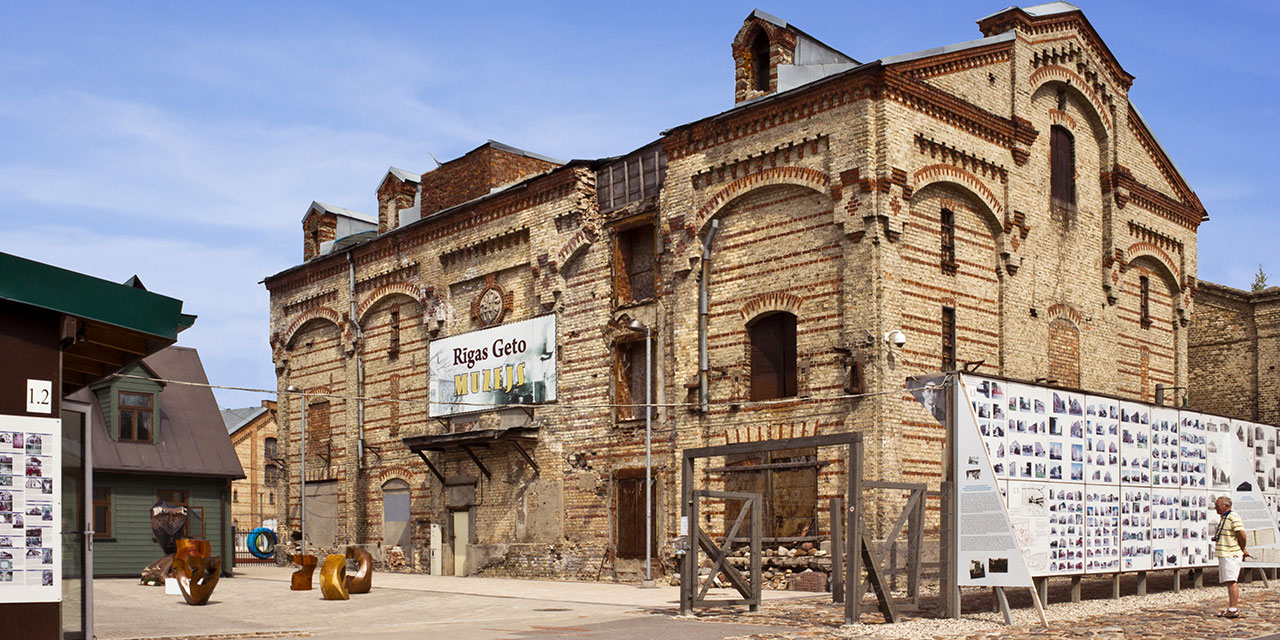 Situated a short walk from the centre of Latvia’s capital, located by the Daugava river, the Riga Ghetto Museum and Latvian Holocaust Museum is one of the last few preserved examples of life in the Jewish ghetto during the Nazi occupation.

But 2020 was a challenging year for the museum. And its survival remains uncertain.

For ten years, the important site allowed free entry for visitors touring the small but extremely moving museum. Photographs and exhibits portray the vibrant pre-war Jewish community and then the atrocities perpetrated during WWII. A house remains as an example of the squalid living conditions. A cattle truck in the centre of the cobbled courtyard provides an evocative memory of the final journeys of a community that was virtually wiped out.

During the years of the Nazi occupation, over 70,000 Jews in Latvia were murdered. Every name of every victim is etched on a large wall of remembrance together with the names of more than 25,000 Jewish victims transported to the ghetto from elsewhere.

To compound the tragedy, the Nazis were infamously aided by Latvian collaborators. The Jews were completely isolated.

The persecution of Jews at the hands of the Nazis began immediately after the German army entered Riga on 1 July 1941 after driving out the Soviet Red Army. Many of the non-Jewish population of Riga welcomed the Nazis, but for Jews it was disastrous. Within a just few months, the Jewish community of Riga – approximately 10 per cent of the city’s population– were murdered.

On 2 July, the day after the German invasion, Latvian armed auxiliary units, instigated by the Germans, went about the city dragging Jews out of their homes and arresting them. They assaulted a number of Jews, some so severely they died, and others were shot dead. The same morning, all the telephones of Jewish homes were disconnected.

These anti-Jewish riots, known as pogroms, included the burning of Riga’s synagogues where many Jews had been rounded up and forced into. The Great Choral Synagogue was set alight on 4 July, with 20 Jews locked in the basement. The holy scrolls were dragged out of the synagogues and burned.

This barbarism was fuelled by an anti-Semitic propaganda campaign. A Riga newspaper, Tēvija (‘Fatherland’), published an editorial on 11 July entitled The Jews—Source of Our Destruction.

Jews were arrested and taken to police headquarters, or the ‘prefecture’. There, young women were stripped naked and confined to cellars where they were raped sometimes in front of their husbands and children. Old and sick people were brought in naked.  Traditionally-attired Jews, especially those with beards, were targeted for humiliations such as dragging them around by their beards and forced shaving. Others were forced at gunpoint to put on the talith (prayer shawl) and tefilin then dance and sing Soviet songs to smear them as ‘communists’. 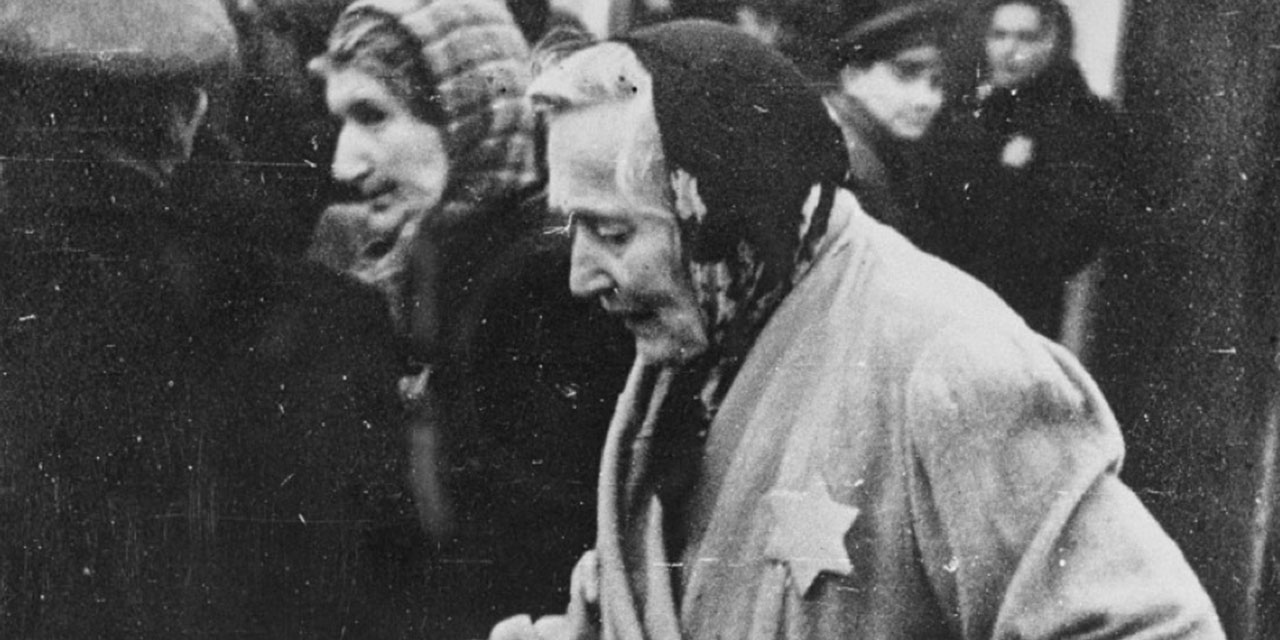 By August 1941 the Germans were firmly established as occupiers and introduced measures of apartheid. Jews were banned from public places, including city facilities, parks, and swimming pools. A yellow star was required to be worn on their clothing, with violation punishable by death. Jews were also allotted only one-half of the food ration of a non-Jew. A second yellow star was also issued to prohibit the Jewish wearer from walking on the pavement, forcing them to walk in the road instead. This was worn on the middle of the back so that they could be distinguishable in a crowded street.

Within the first three months of German occupation, more than 6,000 Jews were killed in the city and on 25 October the Riga Ghetto was created. Around 30,000 Jews were relocated to a small, 16-block area separated from the rest of the world by barbed wire fences and armed guards.

But their stay in the ghetto was short. Around 26,000 were massacred on 30 November and 8 December 1941 in the forest of Rumbula outside Riga. New space was created for 25,000 Jews from Germany, Austria and Czechoslovakia, 20,000 of whom were later massacred in a similar manner in the forest. After the Riga Ghetto was shut in 1943, the remaining Jews were transferred to concentration camps in Latvia.

One of the thousands of victims was Simon Dubnow, regarded as one of the greatest Jewish historians. He had originally fled Berlin to Riga for his safety. On 8 December 1941, aged 81, Dubnow was to be one of the many in the Riga ghetto to be transported to the nearby Rumbula forest, but being too weak and frail he was shot dead in the street. Surviving witnesses have said that just before his death, the historian turned to other Jews surrounding him and implored them saying, “If you survive, never forget what is happening here, give evidence, write and rewrite, keep alive each word and each gesture, each cry and each tear!” 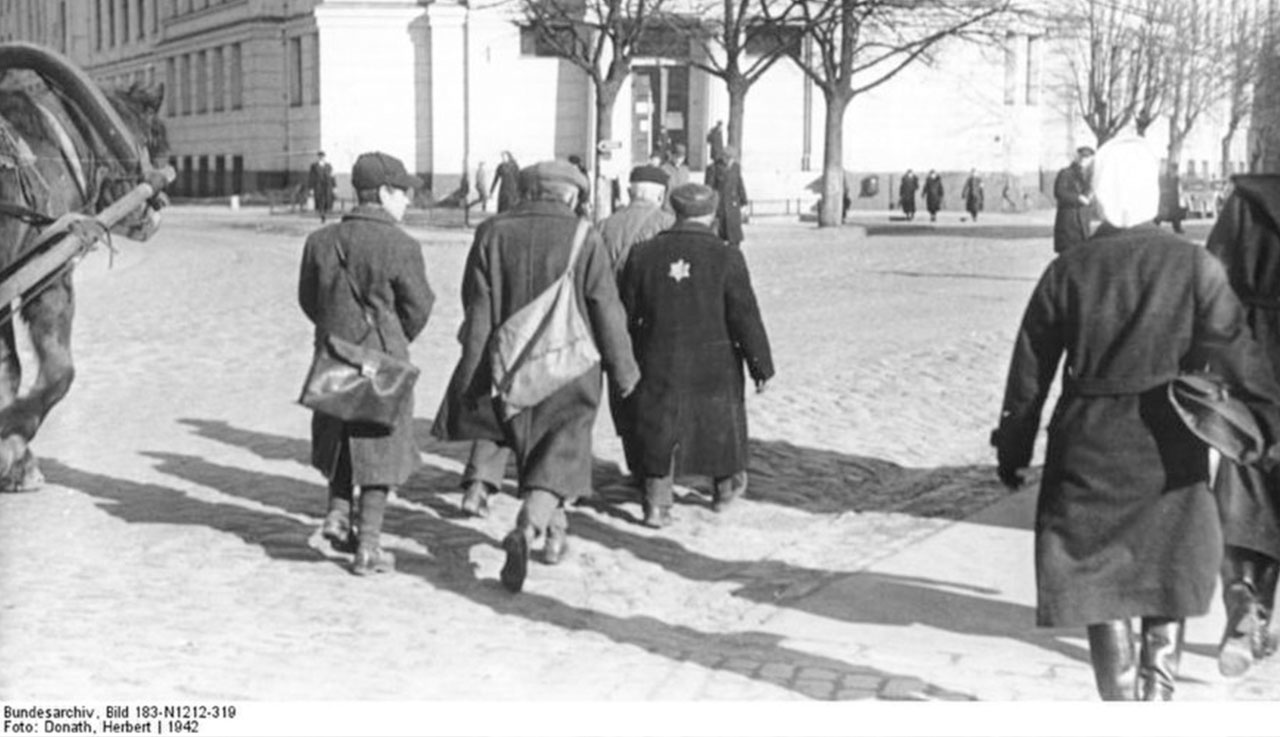 As the Red Army closed in on retaking Riga, the Germans hurriedly attempted to exhume the mass burial sites in the forest to burn victims’ remains to cover up their heinous crimes. But we can be certain that no vain attempt can ever cover-up the crimes of the Nazis and their collaborators. Their monstrous actions are recorded for eternity. Our responsibility is to ensure that the memory of their victims and lessons of their plight are never forgotten.

Since gaining independence in 1991, public and official apologies have been made in Latvia and a number of museums and cultural centres have opened and monuments have been erected.

But the Riga Ghetto Museum, one of the Latvian capital’s three Holocaust museums, faced possible closure in 2020 after the city’s government announced it would begin charging it about $12,000 in rent per month. The museum’s previous 10-year lease, which expired this year, did not charge any rent. The city also reclaimed part of the land that the museum had been originally given, according to the head of the Shamir Association that runs the museum.

Thankfully, in October 2020 the government did a u-turn in its decision, but at time of writing a dispute over the terms of the lease still put the future of the site in doubt.

Rabbi Dr. Menachem Barkahan told Jewish News Syndicate (JNS), “The Riga Ghetto and Latvian Holocaust Museum has made and continues to make a great contribution to educating the public about the fate of Latvian Jews, the Holocaust and the invaluable importance of an active public stance. The relocation of the museum would become an unbearable burden for us; in fact, it will mean the destruction of everything we have built so far.”

JNS reported the Shamir Association believes that in recent years the museum has been subjected to continuing deliberate attacks from private businesses for the purpose of territory seizing; there have been lawsuits, complaints to various authorities, as well as the unauthorized seizure of territory.

“The Holocaust was not only caused by those who killed; it happened with the tacit consent of the indifferent majority,” Rabbi Barkahan continued. “I would like to hope that nowadays, nothing like that is possible. In this sense, the decision on the fate of the museum is also symbolic, as it shows the values of the authorities and society. We are asking for the support of the entire community because the future of the museum depends on the active participation of each and every one of us.”