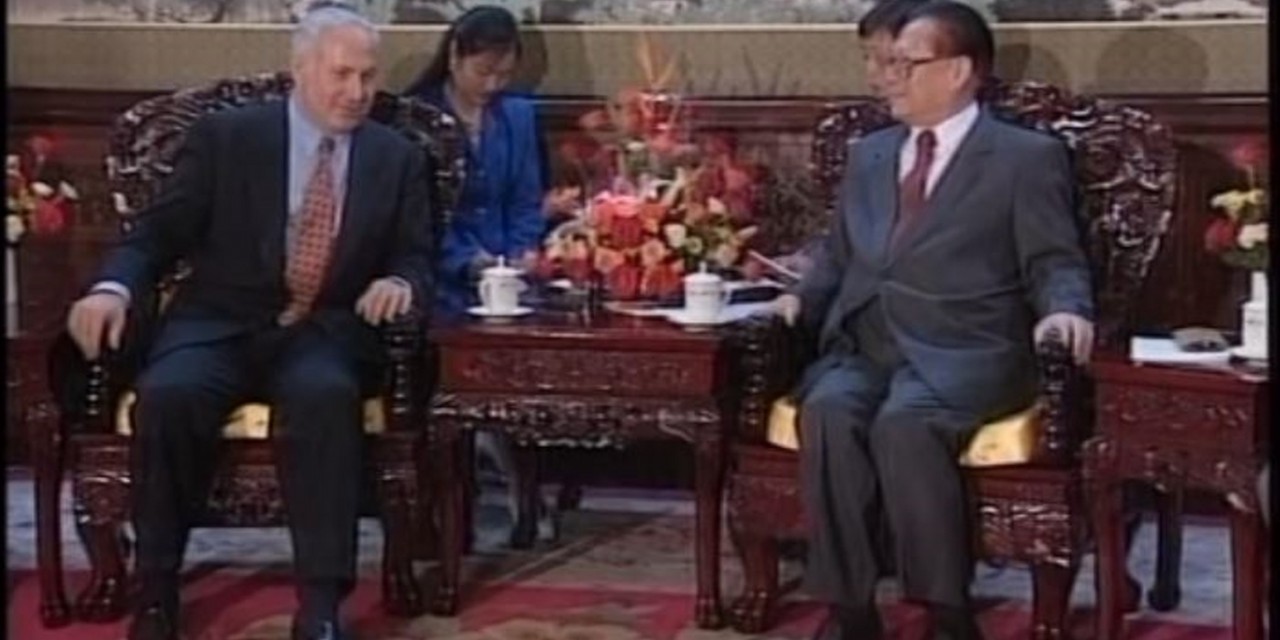 During his trip to Australia this week, Benjamin Netanyahu addressed the Jewish community in Sydney. Here is an excerpt from his speech in which he tells of the day he sat with the Chinese President and explained why the Jews have survived:

A few days ago I visited the Jewish community in Singapore. There’s a Jewish community in Singapore. And like the joke, they have two synagogues – one they go to and the one they don’t go to. An amazing community. And a few months ago, I visited Jews in Kazakhstan and Azerbaijan, two Muslim countries. They sang Jewish songs in Muslim countries and that’s the kind of coexistence and tolerance that we’d like to see everywhere. Jewish customs vary but the spirit of our people is universal and there’s a question that many people ask: “Why did the Jews survive? What is the secret of their survival and their success?” Well, I had an inkling of that when I was first elected Prime Minister and I visited a small country, China. And the President of China, the leader of China at the time, Jiang Zemin, he said to me: “You know, I really admire the Jewish people.” And I said, “I really admire the Chinese people.” And he said, “Well, the Jews and the Chinese are two of the oldest peoples on Earth.” And I said, “That’s true.” And being not that experienced, I added the Indians too, but, you know, it goes back 5,000 years, in our case almost 4,000 years. And he said, “Yes, this is true.” And I said, “But there is a difference.” He said, “What’s the difference?” I said, “Well, how many Chinese are there?” He said, “Well, 1.2 billion.” And I said, “How many Indians?” He said, “About one billion.” And then I said, “How many Jews?” And he said, “I don’t know.” I said, “Well, there are about 13 million Jews at the time, 13 million Jews.” And there was absolute silence in the room, you could hear the jaws drop because that’s, you know, a suburb of Beijing. And I said, “Mr. President, isn’t it odd? We’ve been around for thousands of years; you exceed a billion and we’re only 13 million.” He said, “What happened?” And I said, “A lot of things happened.” But they boiled down to one thing. You, the Chinese, have kept China. The Indians kept India. And we, the Jewish people, lost our land and were scattered to the far corners of the Earth. And for the last 2,000 years, we’ve had one goal: To come back to our ancient homeland and reconstitute our life, build our own state, define our own future, control our own destiny. This is the source, this is the thrust of Jewish history.

Posted by The Prime Minister of Israel on Wednesday, February 22, 2017