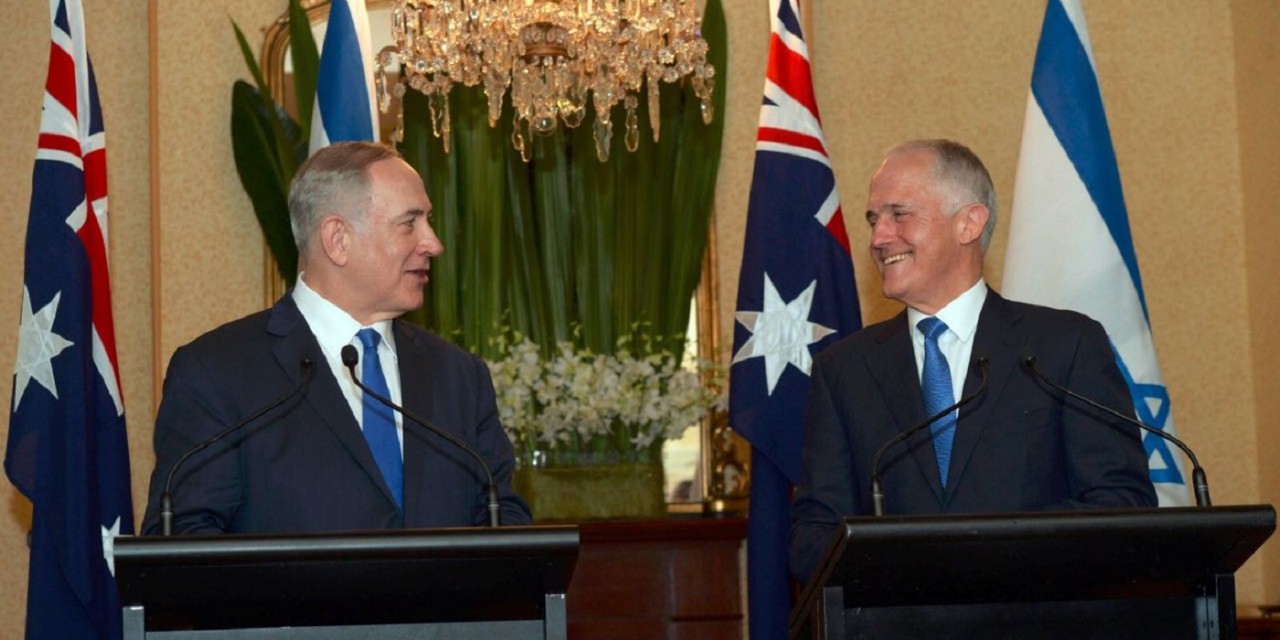 Benjamin Netanyahu has become Israeli Prime Minister to visit Australia, in a historic trip that has been very successful in strengthening the relationship between the two countries.

A joint-statement issued by Netanyahu and Australian Prime Minister Malcolm Turnbull on Thursday said “Australia re-affirmed its commitment to Israel’s right to exist as the nation-state of the Jewish people, in peace within secure borders, and its steadfast opposition to attempts to undermine Israel’s legitimacy. Israel thanked Australia for its consistent support in this regard. Both countries re-stated their support for a directly negotiated peace between Israel and the Palestinians. Australia affirmed its support for a two-state solution.”

Several bilateral agreements and memorandums of understandings were signed between representatives of the two countries during the three-day visit. Bilateral trade between the two countries stands at $1.1 billion. In 2016, Israel exported to Australia goods and services worth $700 million.

“I think the opportunities are vast and I want to start with something very simple and narrow. Not only technology, not only cyber cooperation, not only R&D but actually, trade. Our trade is a billion dollars. It should be at least double or triple that,” said Netanyahu.

On Wednesday, PM Netanyahu and wife Sara and PM Turnbull and wife Sara visited the Sydney Central Synagogue, where he attended an event with hundreds of members of the Jewish community. They also visited the Moriah College Jewish day school in Sydney, where he sat in on a Hebrew class and spoke to the students. Netanyahu called on all of the students to visit Israel.

Posted by Christians United for Israel – UK on Thursday, February 23, 2017

Previously on Wednesday, Turnbull made reference to the UN’s bias against Israel, saying “We do not support one-sided resolutions, which condemn or criticize Israel. We haven’t done in the past, and we won’t in the future.”

Turnbull was referencing UN Security Council Resolution 2234, which condemns any Israeli presence in territory won from Jordan during the Six-Day War in 1967, when the the surrounding Arab nations aimed to destroy the Jewish state. The resolution passed unanimously with an abstention by the then-outgoing Obama administration.

The Australian leader echoed his remarks while addressing Sydney’s Jewish community with Netanyahu at the city’s Central Synagogue. “I came here with a message of solidarity on behalf of the Australian government in the wake of that UN Resolution which was so regrettable, a resolution which we would never support,” he said. “My government will not support…a resolution so one-sided, attributing fault only to the state of Israel.”

It was an unfortunate resolution,” he continued. “We regret it and we disassociated ourselves from it in our public statements and right here in this shul (synagogue).”

Posted by The Prime Minister of Israel on Wednesday, February 22, 2017

Netanyahu expressed appreciation for Australia’s friendship. “I salute you, Malcolm Turnball, and the governments of Australia who stood up time and time again against this demonization, including recently. You refused to accept this hypocrisy, and standing up for Israel means standing up for simple truths,” Netanyahu said at the synagogue. “Israel and Australia are very good, strong friends.”

Netanyahu made similar comments during the joint press conference as well.

“The UN is capable of many absurdities, and I think it’s important that straightforward and clear-eyed countries like Australia often bring it back to earth,” Netanyahu said.

Netanyahu invited Turnbull to visit Israel “at his earliest convenience”. Following this week’s visit, it looks like the friendship between Australia and Israel is about to get even stronger.

Posted by The Israel Project on Thursday, February 23, 2017