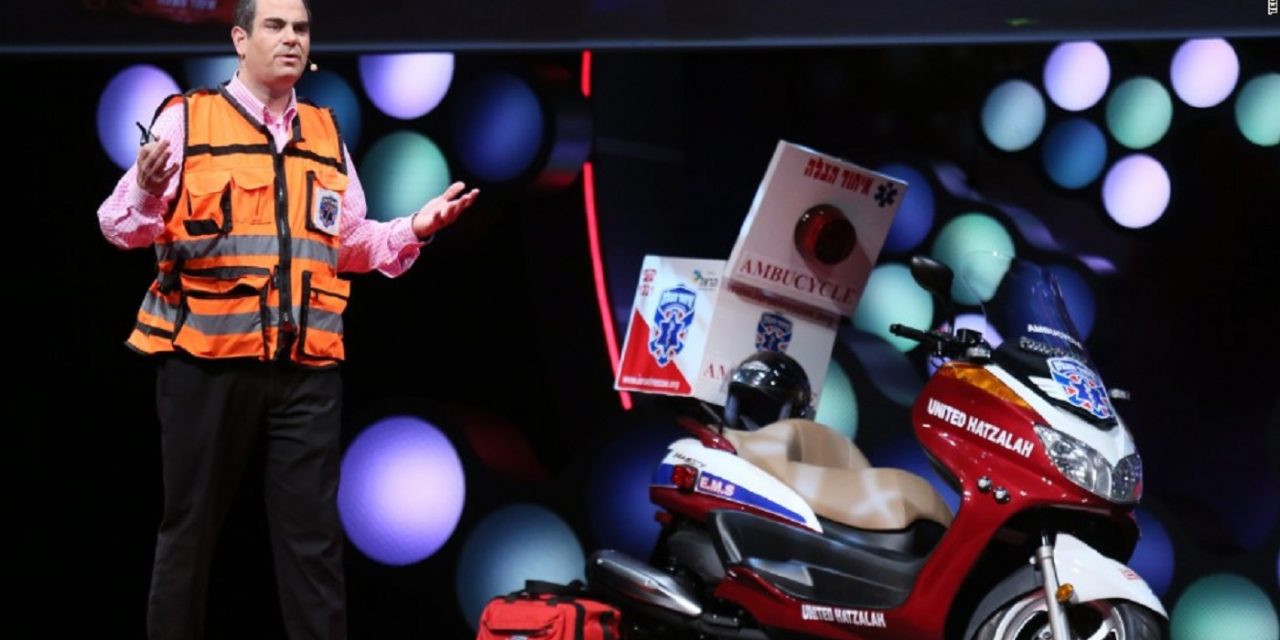 A video of the Israeli first-responder organization, United Hatzalah of Israel, produced by the popular Israeli-Arab vlogger (video blogger), NAS Daily, became the most-viewed video about an Israeli non-profit in just one week, The Jerusalem Post reported Wednesday.

NAS, as Nuseir Yassin is known, produces one-minute videos on topics of interest that he posts to Facebook, where he has 10 million followers.

Though most of Yassin’s videos garner between 2 and 10 million views, in one week the United Hatzalah video was viewed by 22.5 million people. (The number is now at 25 million.)

Introducing the United Hatzalah video, Yassin wrote that the organization is “one of the most impressive things I’ve seen in a while.”

How He Built…The Fastest Ambulance!

This is one of the most impressive things I've seen in a while. It's worth your time and your friends' time. The people at United Hatzalah of Israel are doing incredible work. All for free. All to save lives. Here is how they did it. Thank you Eli Beer and the team of volunteers for reaching out to Nas Daily and letting me film your operations. All around impressive.INSTAGRAM: @NasDailyGROUP: Nas Daily Global

“The change has been palpable,” Eli Beer, the founder of United Hatzalah of Israel, said of the international response to the video. “People around the world have been sending us messages, friend requests, and requests for help. They have expressed interest in setting up their own versions of our life-saving model in their cities and communities. We’ve had a lot of interest in particular from India, the Philippines and various cities in the United States.”

Yassin, who has been traveling around the world for nearly three years, usually makes one-minute videos, and signs off with “That’s one minute! See you tomorrow!” However, the United Hatzalah video runs nearly four minutes.

“The people at United Hatzalah of Israel are doing incredible work. All for free. All to save lives. Here is how they did it,” Yassin wrote. “Thank you Eli Beer and the team of volunteers for reaching out to Nas Daily and letting me film your operations. All around impressive.”

“Our model can save lives around the world, so we are excited that we received this exposure and that Nuseir succeeded in spreading our message around the globe so quickly,” Dov Maisel, the Vice President of Operations for United Hatzalah, explained. “We look forward to working with all interested parties to help them develop our lifesaving model and saving more lives all over the planet.”

Vice President of United Hatzalah Michael Brown added, “We are incredibly thankful to Nuseir and his team for the light that they have shone on our operations and on the coexistence that exists between our Jewish, Muslim and Christian volunteers in Israel. As an Israeli Arab, Nuseir has a valuable perspective on coexistence in Israel and I am glad that he was able to tell our story.”