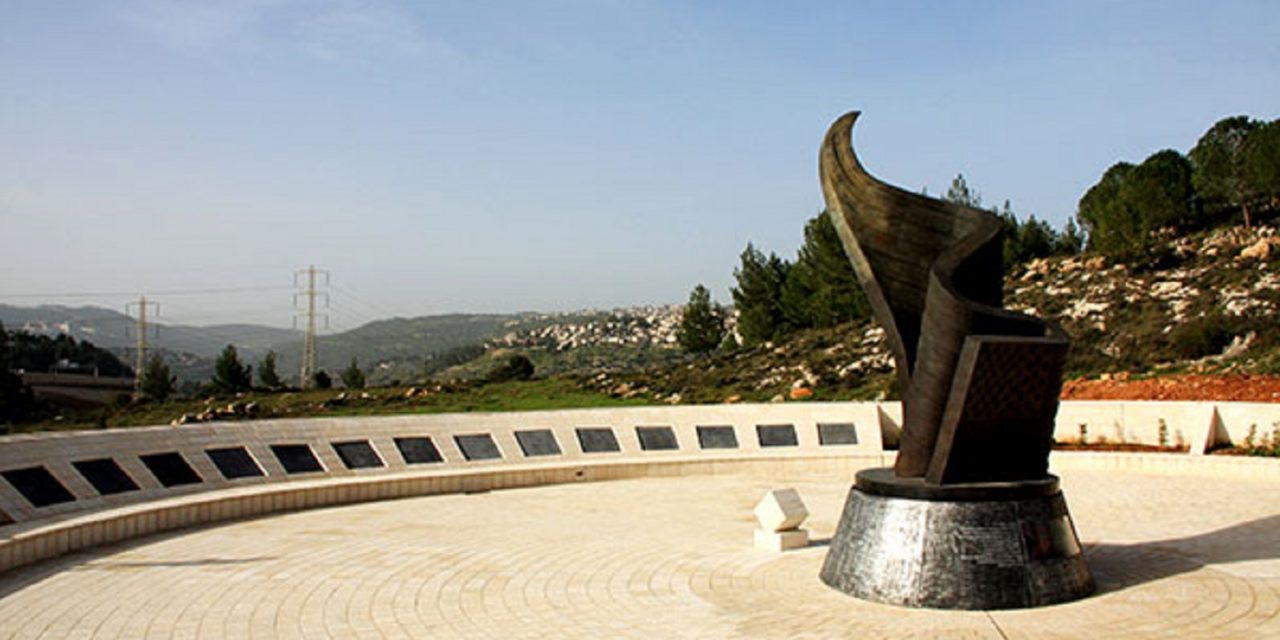 The only 9-11 memorial outside the United States listing all victims’ names, is located in Israel.

The “Living Memorial” in the Jerusalem Forest Hills remembers the 2,963 victims of the terrorist attacks on September 11, 2001, including five who were Israeli citizens.

At the centre of the crater-like plaza is a 30-ft monument made of granite, bronze and aluminum. Designed by award-winning Israeli artist, Eiliezer Weishoff, it is shaped in the form of an American flag, waving and transforming into a flame. A metal shard from the ruins of New York’s Twin Towers is embedded in the base.

The memorial, established by KKL-JNF and JNF-USA, was dedicated in November 2009

In 2018, a new plaque was added to the plaza in memory of the 11 victims of the Pittsburgh shooting at the Tree of Life Synagogue. Pittsburgh Mayor Bill Peduto, planted an olive tree next to the plaque as a symbol of peace and continuity.