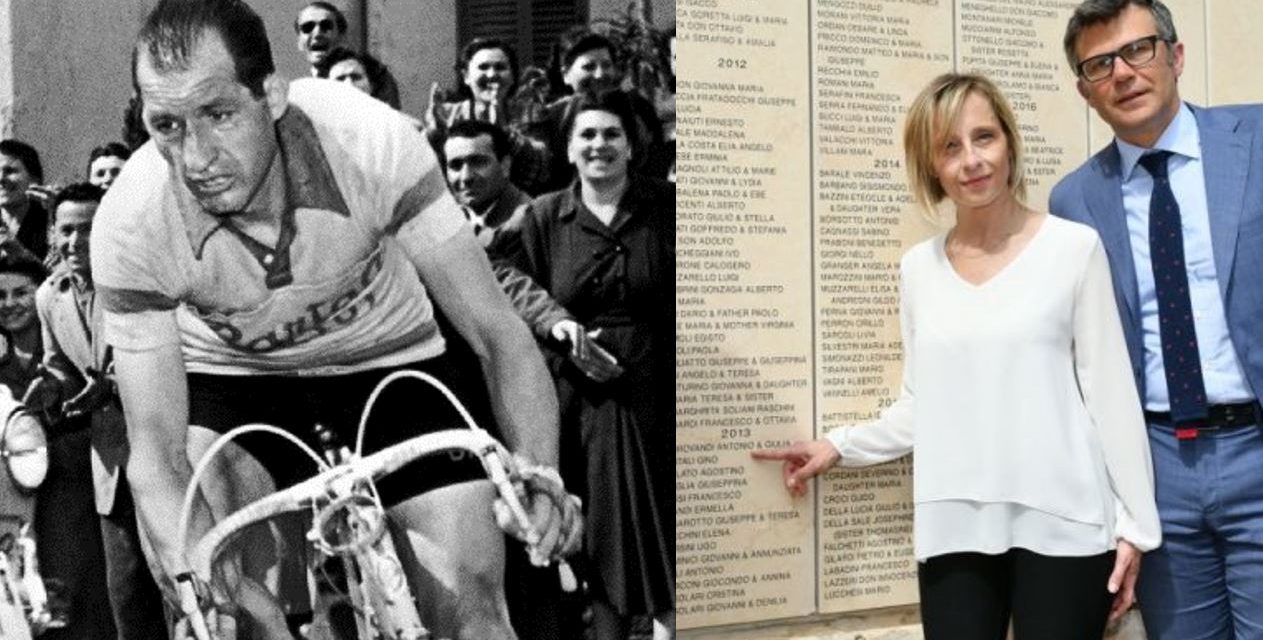 Israel on Wednesday bestowed honorary citizenship on the late Gino Bartali, a  cycling hero who helped ferry forged documents to Jews during the Holocaust.

Six cyclists from the Israel Cycling Academy took a memorial ride through the Yad Vashem campus in honour of Bartali, part of the celebrations of the Giro D’Italia cycling race that started in Israel on Friday.

Bartali was a world-class cyclist and part of the underground resistance during World War II.

Born in Florence in 1914, he was one of Italy’s most famous road cyclists. He won the Giro d’Italia race three times (in 1936, 1937 and 1946) and the Tour de France twice (in 1938 and 1948). The favored “iron son of Tuscany” used the excuse of long training rides to ferry photographs to an underground network of rabbis, priests, nuns and activists who created forged papers to help Jews escape Italy during the war.

Bartali hid the documents and photographs in the frame of his bicycle, waving gaily to Nazi soldiers as he passed by Italy’s windy country roads. Bartali also hid a Jewish family in his apartment.

During his life, Bartali refused to talk about his courier work during the war, saying famously, “Good is something you do, not something you talk about.” On Wednesday, dozens of supporters wore shirts emblazoned with those words as the Giro D’Italia organizers honored Bartali’s contribution to both the sport of cycling and the rescue of dozens of Jews.

WATCH: The Italian cyclist who risked his life to save hundreds of Jews during WW2Gino Bartali is definitely a a true champion.- Via HistoryBites

Posted by Christians United for Israel – UK on Tuesday, 23 August 2016

The memorial ride concluded in the Garden of the Righteous Among the Nations, where Yad Vashem chairman Avner Shalev presented the certificate of Commemorative Citizenship to Bartali’s granddaughter, Gioia Bartali.

“The greatest victory that Bartali ever brought home was the victory against evil,” said Italian ambassador to Israel Gianluigi Benedetti.

A tearful Gioia Bartali, his grand-daughter, said the day was a “testimony to his humanity and goodness,” adding that “he was a champion of the sport, but today we are remembering him as a champion of life.”

Bartali died in 2000, and Yad Vashem recognized Bartali as a Righteous Among the Nations in 2013. On Thursday, the Jewish National Fund/Keren Kayemet L’Yisrael will dedicate a bike path in the Jerusalem Forest in honor of Bartali.