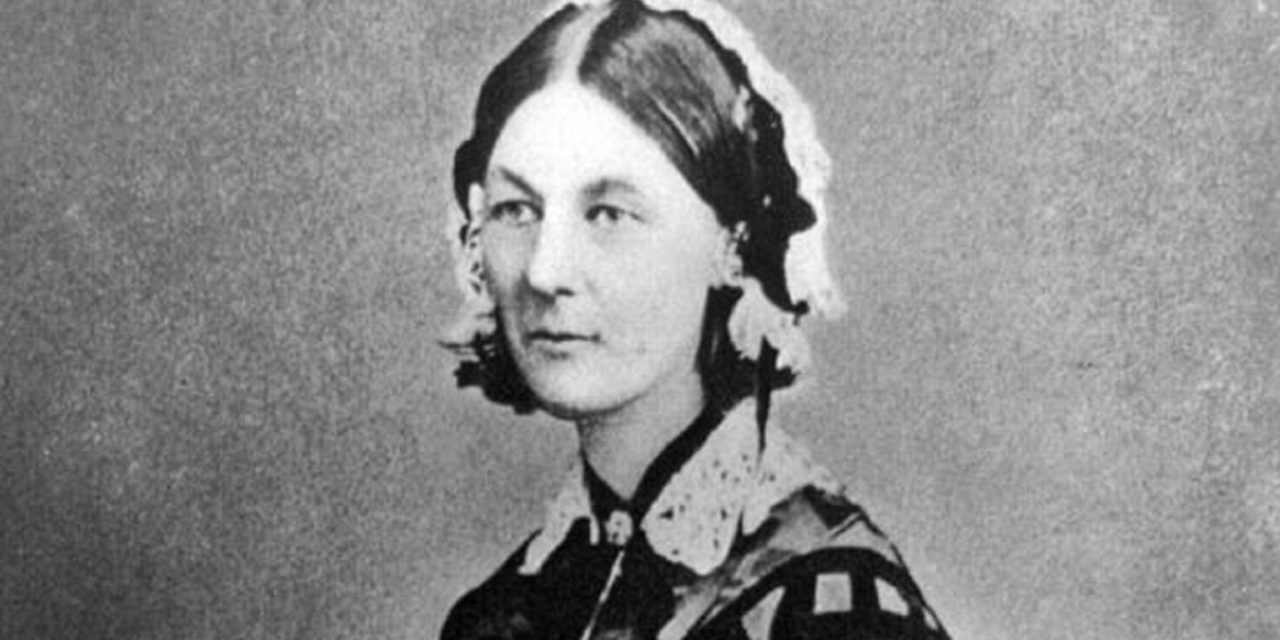 Several NHS Nightingale hospitals have been opened across the UK in recent weeks, including the 4,000 bed hospital at London’s Excel Centre, set up in just two weeks by our military and the NHS. It is more than appropriate that they have been named after the Victorian-era heroine at a time when so many in our health service are putting themselves before others with incredible bravery and humility. That is nothing new for our NHS staff, but the current crisis has reminded this nation of the heroes and heroines that they truly are.

The life of Florence Nightingale, the “The Lady with the Lamp”, is also worth being reminded about, especially at this very challenging time. On 12th May 2020, the country will commemorate 200 years since Nightingale’s birth. Her legacy lives on with important lessons for us today.

A life of service

Florence Nightingale was born of wealthy British parents in the Italian city of Florence. She was raised in England and was well-educated. Despite enjoying the comforts of a rich upbringing, Florence felt called to enter nursing – an occupation that at the time was reserved for the lower classes, and certainly not for women.

Florence’s calling was driven by her Christian faith as she saw nursing as a way of following her Lord. At aged 30, she noted that this was the age when Jesus began his ministry and devoted her life to the healing and caring of others. Florence once told an assembly of nurses, “Christ is the author of our profession.”

Referring to her calling to nursing, Florence wrote, “It is such a blessing to have been called, however unworthy, to be the handmaid of the Lord.”

Florence learned nursing in Germany and later toured hospitals in London, Edinburgh, Dublin, and Paris, studying conditions and nursing methods. In 1853, helped by a small income from her father, Florence became superintendent of the Institution for the Care of Sick Gentlewomen in Distressed Circumstances in London, just in time for an outbreak of cholera. Handling London’s cholera epidemic was tough, but Florence brought a fresh – and much needed – approach to care and hospital management. Her excellence in nursing caught the attention of the British government who called upon her to serve at a military hospital in Scutari, Turkey, where the army was fighting in the Crimean War. For Florence this was a privilege, but within three weeks of her arrival she had three thousand soldiers to care for and the conditions she found were appalling.

Just a few miles from the front-line, Florence confronted the danger and served the injured men with compassion despite the risks. Florence believed that the closer to the battle front she could set up the hospital base, the quicker wounded men could get medical attention. She famously said, “How very little can be done under the spirit of fear”. She was right. The wounded soldiers, left helpless from battle now had hope for survival. As a Christian, she was familiar with the words of the Apostle Paul to Timothy, “For God has not given us a spirit of fear, but of power and of love and of a sound mind.” (2 Timothy 1:7)

It wasn’t just the location Florence chose to treat soldiers, but all her previous observations for standards in healthcare, such as good hygiene, transformed the chances of recovery for injured troops.  Florence Nightingale went beyond the call of duty, even helping the men write letters to their loved ones. A reporter saw her tending to the wounded and wrote, “When . . . silence and darkness have settled upon those miles of prostrate sick, she may be observed alone, with a little lamp in her hand, making the solitary rounds.” Not long afterwards, poet Henry Wadsworth Longfellow immortalised her as “The Lady with the Lamp.”

The Lady with the Lamp

Upon her return to England, Florence was a national heroine, receiving a medal from Queen Victoria.

She campaigned successfully to improve the hygiene and health care of the British Army. She once expressed her reasons for attention to cleanliness, saying, “It may seem a strange principle to enunciate as the very first requirement in a hospital that it should do the sick no harm.”

Nightingale not only improved practices in hospitals at home and at war, but she transformed the perception of nursing generally. Becoming a nurse became a respectable and sought-after profession. The whole country got behind Florence with wealthy friends, including John Delane of The Times newspaper, who helped Florence to raise money to found the Nightingale School & Home for Nurses at St. Thomas’s Hospital, London in 1860.

Today, the UK is facing a Coronavirus crisis. The whole country is behind those who are fulfilling their calling to provide care to those suffering at this time with considerable risk to themselves. Not only are we indebted to those on the front-line, but NHS Nightingale Hospital is an example of how we are also depending upon the profession’s radical interventions and innovation breakthroughs on a scale not dissimilar to Florence Nightingale’s revolutionary transformations.

For those of us who are not serving in healthcare, Florence’s work in later life is a reminder that even in isolation we can use our creative gifts and time for the common good.

A year after returning from the Crimean War, Nightingale collapsed with a flu-like infection. For much of her life thereafter, she experienced chronic pain, often unable to walk or leave her bed. Florence is also believed to have lived with what today is known as Post-Traumatic Stress Disorder. After being declared an invalid, she self-isolated at home.

It was during her first years at home that Florence produced some extraordinary accomplishments. One of these was writing Notes on Nursing. It advised people how to maintain healthy homes as well as promoting safety and well-being around the house, from everything from ventilation, cleanliness, decorating safety, light usage to good drainage.

Nightingale placed great importance on hand-washing, which was surprisingly overlooked at the time, writing, “Every nurse ought to be careful to wash her hands very frequently during the day. If her face, too, so much the better.”

Florence also advocated for good mental health for the military, encouraging wounded soldiers to read, write and socialise whilst recovering in order to keep spirits up.

She also wrote a 900-page report on the poor standards of medical care during the Crimean War. Having studied maths, Florence produced landmark statistics by producing data, graphs and other diagrams – something unheard of at the time. Florence even conducted questionnaires across the British Empire to obtain data on sanitary conditions as far as India and Australia, believing that health problems could only be addressed once the cause was established.

Florence also set up training for nurses at St Thomas’ Hospital, midwifery training at King’s College Hospital, plus advising on the design of several hospitals.

Through it all, Florence carried out her calling with utmost humility. She penned, “Unless I am, a fellow-worker with Divine Power, who is working up all our poor little puny efforts into a whole ― a whole of which our efforts are only parts, and worth anything only in as much as they are parts ― shall I work at all?

“To be a fellow-worker with God is the highest inspiration of which we can conceive man capable. But how can we be fellow-workers with God if we do not know His plan?”

All of this was accomplished whilst working from home. Florence Nightingale may have been a pioneer in her time, and exceptionally gifted in her field, but there is an important lesson for us all.

Use your time wisely

Whether on the front-line or isolated at home, we all have something to give this world. These are challenging times, but let’s use this time wisely and creatively. Perhaps there is a project you have wanted to start or finish. Or could this be a time to stop and think of new ideas for your work? Is this a time to focus on a particular area of academic study, or write down thoughts for a future time.

Maybe this is a time for you to pause the stresses of everyday life and take up a hobby or interest from home. If you have family, maybe this is an opportunity to spend more time with your children and provide them with rewarding input. Perhaps there is someone you can bless by using your time to phone them. Or is it a time to send emails to people you have been meaning to reconnect with and encourage? Maybe you are limited to what you can do, but you are able to pray for those in need.

Nightingale’s servitude reminds us that somehow we all can be faithful servants with what God has entrusted us with, wherever that may be.

“God has spoke to me and called me to His service.” Florence Nightingale, writing in February 1837