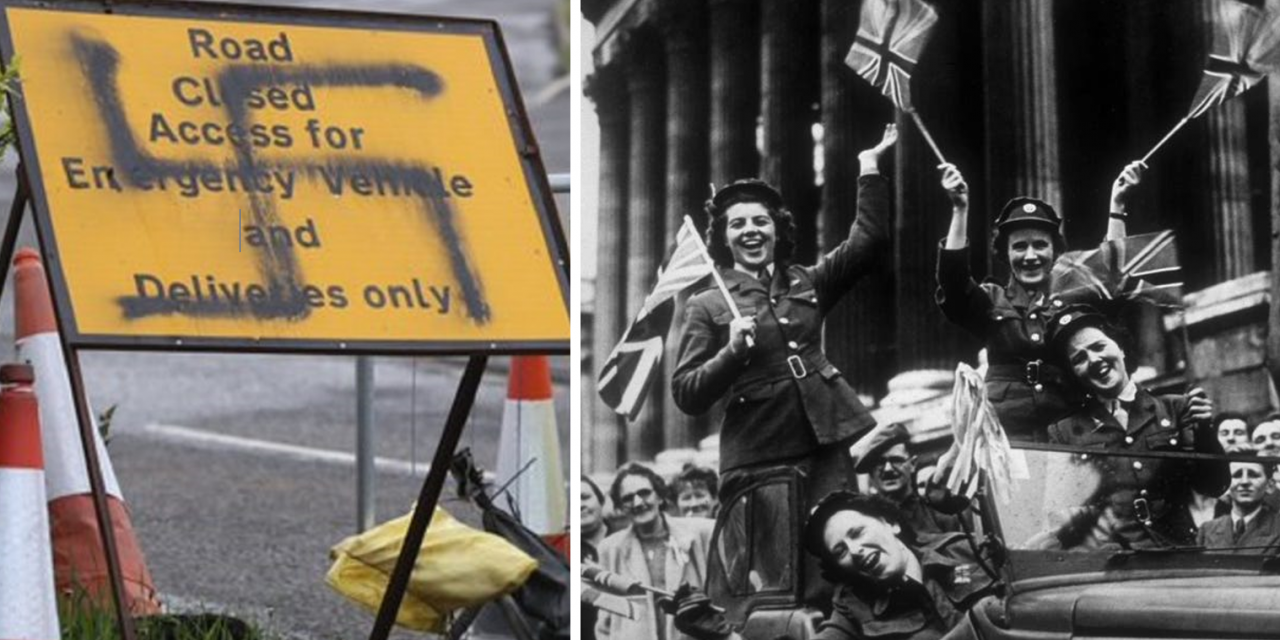 As the CUFI UK team continues duties under lockdown, it took my working from home to be reminded of a valuable lesson.

Our work thankfully continues unhindered, but admittedly it isn’t quite the same as working in the office. When my son approached me for some help with his schooling, in a moment of absent-mindedness on my part, I completely forgot that a photo of a swastika filled the entirety of my computer screen. His jaw dropped, he turned pale and shockingly proclaimed, “Dad, what is that!”

My nine-year-old was lost for words because he wasn’t seeing a photo from World War 2, but instead swastikas daubed onto “Protect our NHS” road traffic signs.

His reaction startled me as much the sign startled him. He then immediately chimed with confusion and concern, “But the Nazis killed lots and lots of people. And we would have been part of the German empire if they had won.”

I don’t think I could have explained it better myself. We discussed the issue and he concluded that the culprits responsible for the swastika graffiti deserve at least one year in prison. Home-schooling didn’t quite take the direction I had imagined on that day, but these are vital lessons our young people will need to learn.

The Nazi graffiti was apparently in protest against the government’s lockdown measures. However, there are other ways to protest if they must.

The swastika is a symbol of evil. It should disgust us every time we see it. It should trigger those memories from history when Nazi brutality was responsible for taking millions of innocent lives. We should remember the great sacrifice that was necessary to overcome this evil. And we should be disgusted every time someone chooses to use it for whatever political aim they are trying to make. We must not allow ourselves to become immune to the evil that it represents.

Neither should the swastika be separated from its Nazi roots. This week the symbols were found daubed onto the tombstones of a Jewish cemetery in Finland. In an almost unbelievable coincidence, my son approached me for a second time whilst I was reading about this incident and was equally disgusted.

On Friday we celebrate 75 years since victory in Europe – the day World War II ended in Europe. We will remember the celebrations of that day in May 1945 when news reached the British Isles prompting scenes of relief and joy. We will also remember the great sacrifice that was made to defend our freedoms and deliver this country and Europe from the evil of the Nazis. Furthermore, we must ensure future generations remember the lessons from this dark period in history and not allow them to be repeated.

On Friday we will do just that.