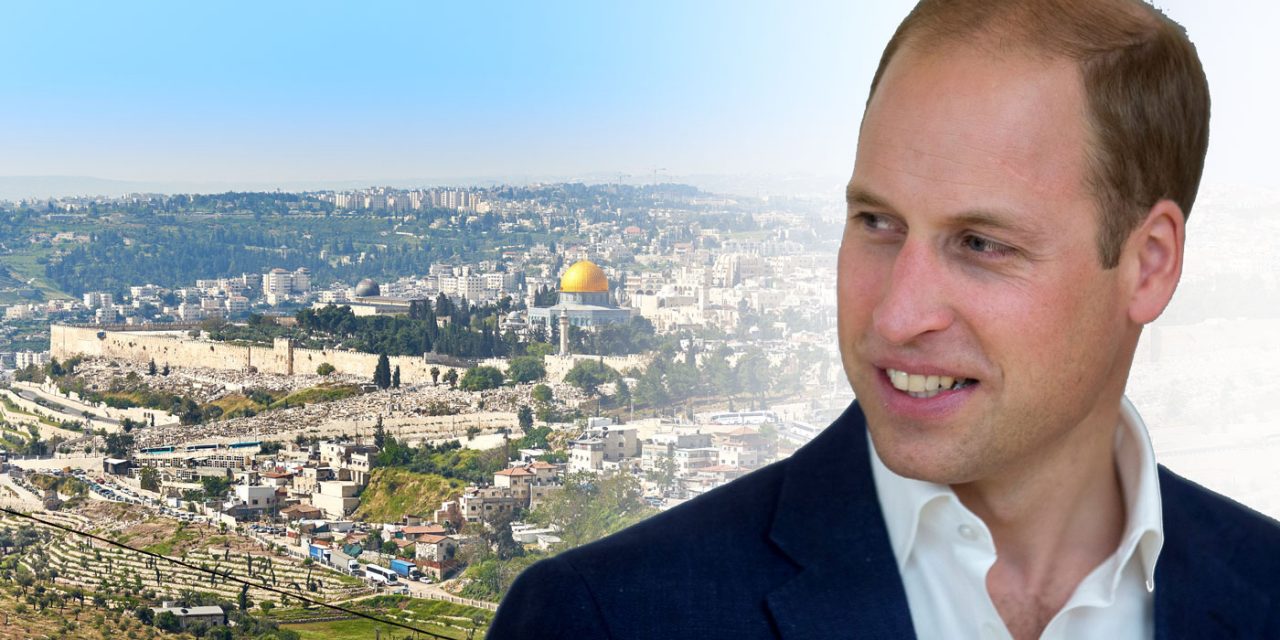 Prince William’s pending visit to Israel will be an historic and extremely important event for the United Kingdom.

Set to take place this summer, the Duke of Cambridge will become the first member of the British Royal family to officially visit Israel – and it happens in the same year that Israel celebrates 70 years since national independence and America recognises Jerusalem as capital.

But why after almost two-thirds of a century is the visit happening now? And what could it mean for Britain and its relationship with Israel?

Royal visit signals a remarkable development at the Foreign Office

Official visits are organised and taken on the advice of the Foreign Commonwealth Office. The Queen has visited 129 different countries, including many of Israel’s Middle Eastern neighbours, but not Israel. The question remains, why?

A number of Royals have visited in the past, but only on a private basis.

In 1994, after years of not being allowed by the Foreign Office, the Duke of Edinburgh visited the grave of his mother, Princess Alice of Greece, who sheltered a Jewish family in her Athens home during the Holocaust.

Prince Edward has also visited privately, and Prince Charles attended the funeral of former Israeli president Yitzhak Rabin in 1995 and more recently that of Shimon Peres in 2016. It was during this visit that he made a speedy unannounced visit to the tomb of his grandmother, Princess Alice, on the Mount of Olives.

An official visit by Prince Charles was announced to take place in 2017, the Centenary year of the Balfour Declaration, however it was reportedly scrapped by the Foreign Office.
The press reported that the decision was thought to have taken place to “avoid upsetting Arab nations in the region who regularly host UK Royals”.

Colonel Richard Kemp, a former Commander of British Forces in Afghanistan, and friend of CUFI, branded the decision an “insult to British war dead” and slammed the Foreign Office as “camel corps” who were “pandering to Arab dictators”.

One Israeli journalist, the late David Landau, said that every time he’s asked a British official about this he “gets a muttered line about ‘when there’s permanent peace’”.

Permanent peace, of course, hasn’t arrived… but the long-waited decision, for whatever reason, finally has.

Since launching in the UK, CUFI has been pressuring the Foreign Office to take a stronger stand with Israel. For example, CUFI has lobbied the UK Government urging for the recognition of Jerusalem as capital of Israel; we delivered thousands of Jerusalem postcards to the Foreign Secretary and we have called for Britain not to apologise for the Balfour Declaration, but to stand with Israel, our strongest ally in the Middle East.

CUFI and partner organisations have been knocking on the door of Government more frequently and with greater vigour over recent months. No longer is the anti-Israel narrative the only voice being heard in Parliament. The game has changed. A different, more truthful voice is now being heard. CUFI supporters are part of these important efforts to engender a change of policy towards Israel at the Foreign Office. There is a long way to go, but perhaps this is the first step in seeing this change take effect.

We need to be aware of Royal visit implications

Whilst CUFI welcomes the announcement with enthusiasm, there is great danger that the pro-Palestinian movement will try to hijack the visit for their own anti-Israel agenda and that the Prince’s visit will be used by some to manipulate attitudes against Israel.

Already we have seen news agencies delegitimise Israel through their headlines about the Royal visit. As CUFI highlighted last week, the visit was announced across the mainstream media with a blatant bias against Israel. Because the Prince will also be visiting the Palestinian Territories and Jordan, the BBC, Sky and others used headlines that omitted Israel. CUFI will be challenging the biased-media surrounding the announcement and will be holding the main channels to account to ensure that coverage is representative of the visit.

We need to pray that the hypocrisy of the Israel-haters will be exposed and that Prince William will not be used as a pawn for their antisemitic ploys. We can also expect that the boycott movement will be trying to derail William’s Israel trip and demonise Israel in the process. This is because Prince William’s visit to Israel is an acknowledgement by British Government of Israel’s legitimacy.

Royal visit could be defining-moment for the UK

Britain’s foreign policy towards Israel hasn’t always maintained the standard set by Arthur Balfour in 1917. But could this visit usher in a turning point?

We are sure Israel will warmly receive the future king. William will enjoy Israeli hospitality, experience Israeli innovation, and, we hope, see first-hand the historical connection that Jews and Christians have to Jerusalem. If he visits the grave of his great-grandmother, he will become the first member of the Royal Family to officially visit the Mount of Olives. We also expect that in the footsteps of his mother, humanitarian and peace initiatives will also be on the agenda.

William, who is second in-line to be Head of the Church of England and “defender of the faith” should recognise that the United Kingdom will be blessed by blessing Israel. We don’t know Prince William’s personal view of Israel, but we pray that this trip brings a revelation of God’s historic, present and future purpose for Israel and the land, which remains part of Almighty God’s plan to bless all the nations of the earth.

Two of Israel’s closest allies, America and Britain, are taking unprecedented, symbolic steps in recognising the importance of Israel. In the 70th anniversary year of Israel’s rebirth, what better time to put past diplomatic failings behind and renew our national commitment to the State of Israel.