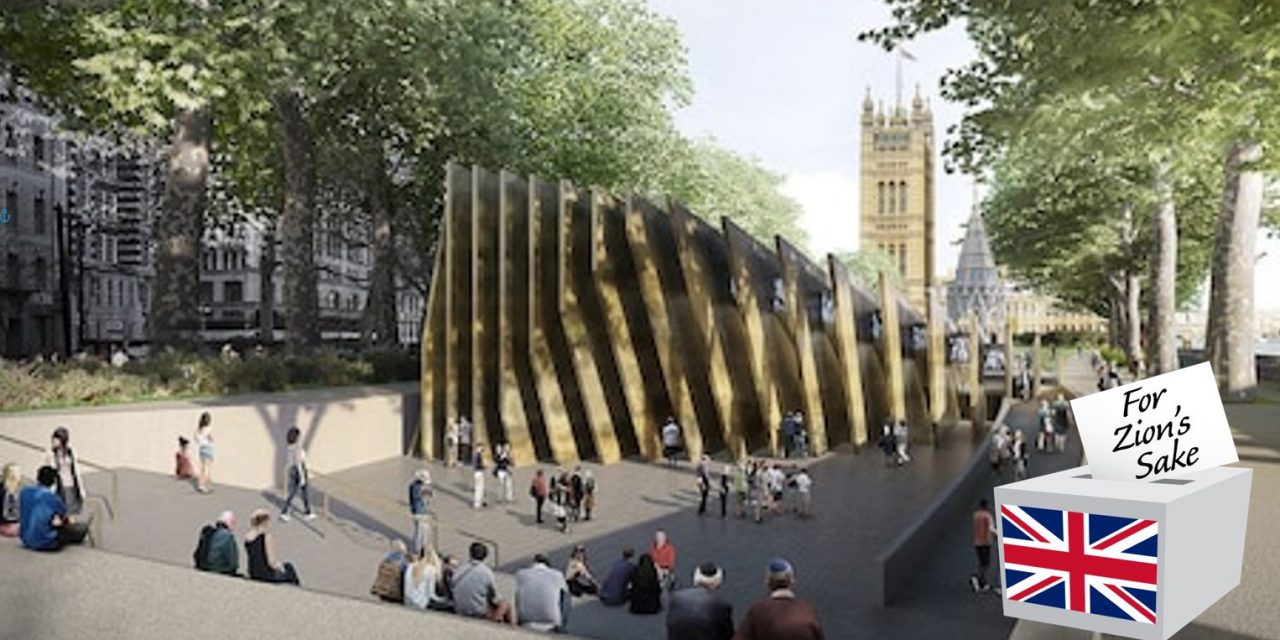 As part of CUFI’s “For Zion’s Sake” campaign, we have listed 12 principles that we believe the new UK Government should implement, including building the National Holocaust Memorial in Westminster.

We live in a time of rising anti-Semitism in Britain with an increasing number of people who have never heard about the Holocaust. We must educate future generations and preserve the lessons of history. This is why we believe the next UK government must ensure that the planned National Holocaust Memorial in Westminster goes ahead.

Six million Jews were murdered at the hands of Hitler’s Nazi regime throughout Europe and hundreds of thousands of British and Commonwealth soldiers also lost their lives fighting against that same hatred.

Britain played an important role in bringing about an end to the Holocaust, the worst genocide in history.  And Parliament was the stage for British leaders to proclaim their opposition to Nazi Germany and rally the nation against this hatred.

Thankfully, the vast majority of Britain sees the importance of Holocaust education with 86% of people saying it is important to teach Holocaust in schools and 76% thinking more should be done to educate people. This memorial and education centre does just that!

It is not political to honour the memory of those murdered in the Holocaust. It is the right thing to do. And this memorial will honour their memory and teach future generations. Therefore, it is right for our nation to have a permanent memorial to the Holocaust and learning centre in the heart of our capital.