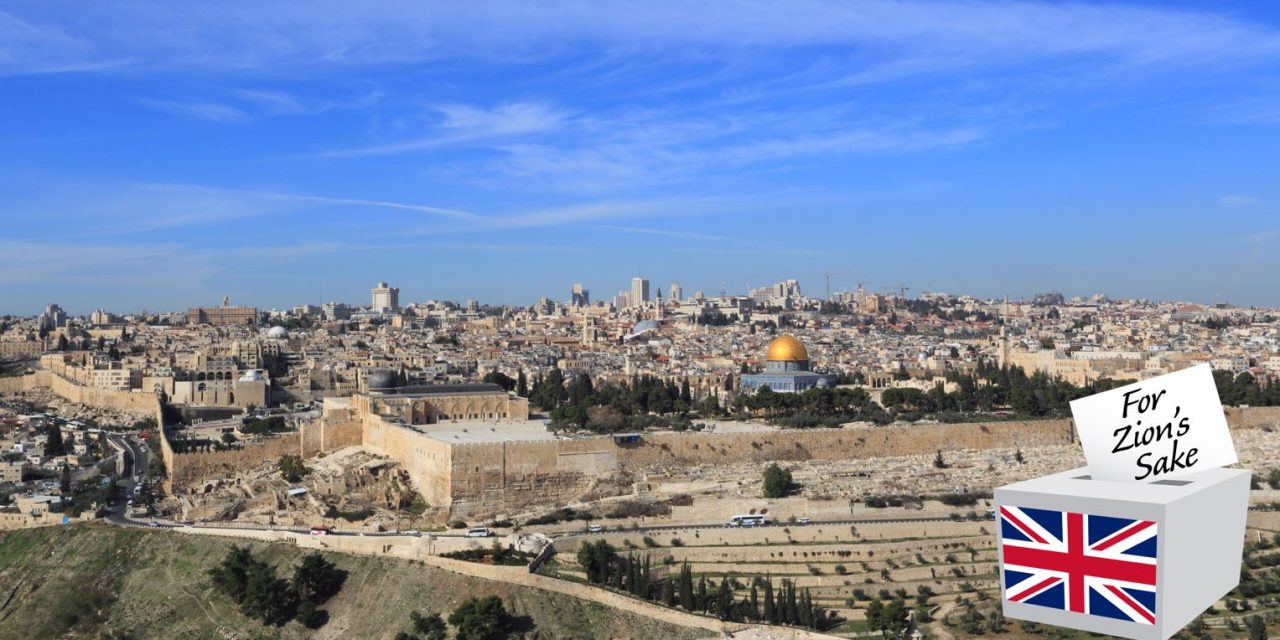 “…Jerusalem, the city which the Lord had chosen out of all the tribes of Israel, to put His name there…” 1 Kings 14:21b

As part of CUFI’s “For Zion’s Sake” campaign, we have listed 12 principles that we believe the new UK Government should implement, including recognising Jerusalem as the capital of Israel.

The Biblical truth, established 3,000 years ago, is that Jerusalem is and always shall be the eternal capital of the Jewish people. Its past significance, present existence and future purpose in the mind of God is inscribed forever in the Word of God. Failing to recognise this, the UK government is placing itself against the God of the Bible.

Politically, the UK is failing to treat Israel and the Palestinians equally.

The British Embassy to Israel is in Tel Aviv, Israel’s second city, and refuses to honour Israel’s sovereign right to determine its own capital. However, the British Consulate-General to the Palestinians is in fact located in Jerusalem.

This is a shameful double standard which indulges the Palestinian’s alleged claim to Jerusalem whilst actively disregarding Israel’s historic and Biblically mandated right to Jerusalem.

It is time for the UK to end this bias against our cherished ally Israel.

Jerusalem is where Israel has chosen to place its government, the Knesset (parliament) and where British government ministers gather on official visits. And, as Israel’s capital, it is the only capital city in the Middle East where all peoples can live with full religious freedom under Israeli law.

By not recognising Israel’s right to determine its capital, Britain is complicit with those that seek to delegitimise the existence of the Jewish State and deny the Jewish connection to Jerusalem.

The time is right for the United Kingdom to recognise Jerusalem as the capital of Israel and move the UK embassy there.