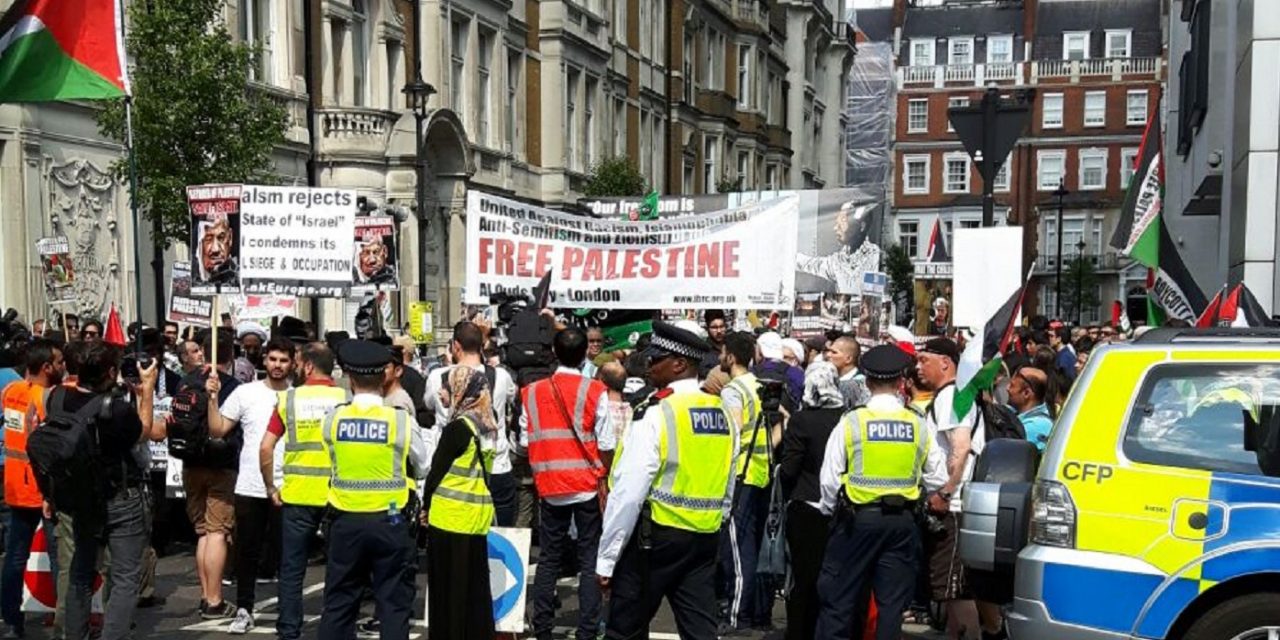 Hate speech and support for terrorist organisations were prominent at a rally in London on Sunday to mark the annual Al quds (Jerusalem) day.

A few hundred people marched down Regent Street, behind the Palestinian and Hezbollah terror flag, before sitting down at the junction with Oxford Street.

One speaker then blamed the devastating Grenfell Tower fire, which has left at least 79 people dead, on Israel supporters. Addressing the crowd at Grosvenor Square, he said: “Many innocents were murdered by Theresa May’s cronies – many of which are supporters of Zionist ideologies. Some of the biggest corporations who are supporting the Conservative Party are Zionists. They are responsible for the murder in Grenfell. The Zionist supporters of the Tory Party.”

Hezbollah and Palestinian supporters staged a sit-down protest brought part of central London to a standstill. Many carried banners with messages including “Boycott Israel”, “Freedom for Palestine” and “Zionism = racism”.

"Every pound you spend in McDonalds or Starbucks is a bullet in the head of a Palestinian child" Al Quds Day, London 2017

"The Zionists have been celebrating, raising a toast to the murder of children" Antisemitism at Al Quds, London 2017

"They aren't satisfied with occupying Palestine, so now the Zionists are occupying Regent's Street – it's in their genes" #AlQuds

"Zionists/Isis are the same: Only difference is the name!" Chanting at Al Quds Day 2017