“You’re as young as your dreams, not as old as your calendar” – and other great quotes of Shimon Peres 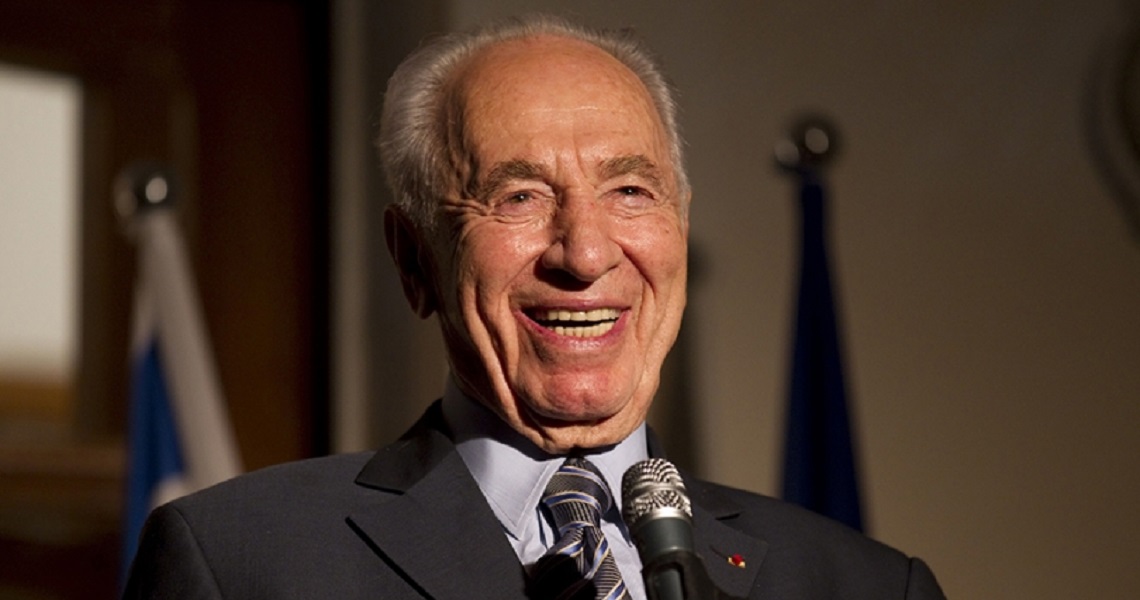 This week we are celebrating the life of Shimon Peres, former Prime Minister and President of Israel, who dies Wednesday aged 93. Here are some of his most famous quotes about Israel and life.

“It’s better to be controversial for the right reasons, than to be popular for the wrong reasons.”

“From my earliest youth, I have known that while one is obliged to plan with care the stages of one’s journey, one is entitled to dream, and keep dreaming, of its destination.”

“You’re as young as your dreams, not as old as your calendar”

“You don’t make peace with friends. You make it with very unsavory enemies.”

“I don’t think anybody who carries a rifle carries the future. Because I don’t believe that you can really change the world by killing and shooting. You have the change it by creating and competing.”

“We should use our imagination more than our memory.”

“For me, dreaming is simply being pragmatic.”

“If a problem has no solution, it may not be a problem, but a fact – not to be solved, but to be coped with over time.”

“The Holocaust is a great warning to us all. We shall never forget our sisters and brothers. We have to ensure it is not repeated and to ensure we never go back to the days when humans behaved as beasts. Forgetfulness is a menace, we must remember.”

“Look, we have existed for 4,000 years – 2,000 years in diaspora, in exile. Nobody in the Middle East speaks their original language but Israel. When we started 64 years ago, we were 650,000 people. So, you know, we are maybe swimming a little bit against the stream, but we continue to swim.”

“Israel welcomes the wind of change, and sees a window of opportunity. Democratic and science-based economies by nature desire peace. Israel does not want to be an island of affluence in an ocean of poverty. Improvements in our neighbours’ lives mean improvements to the neighbourhood in which we live.”

“The history of Israel is divided into two parts. One, under attack that we have had to defend ourselves. When you defend yourself your thinking is totally different from when you want to make peace. So under attack you behave like if you want a hawk, when peace comes you become a dove.”