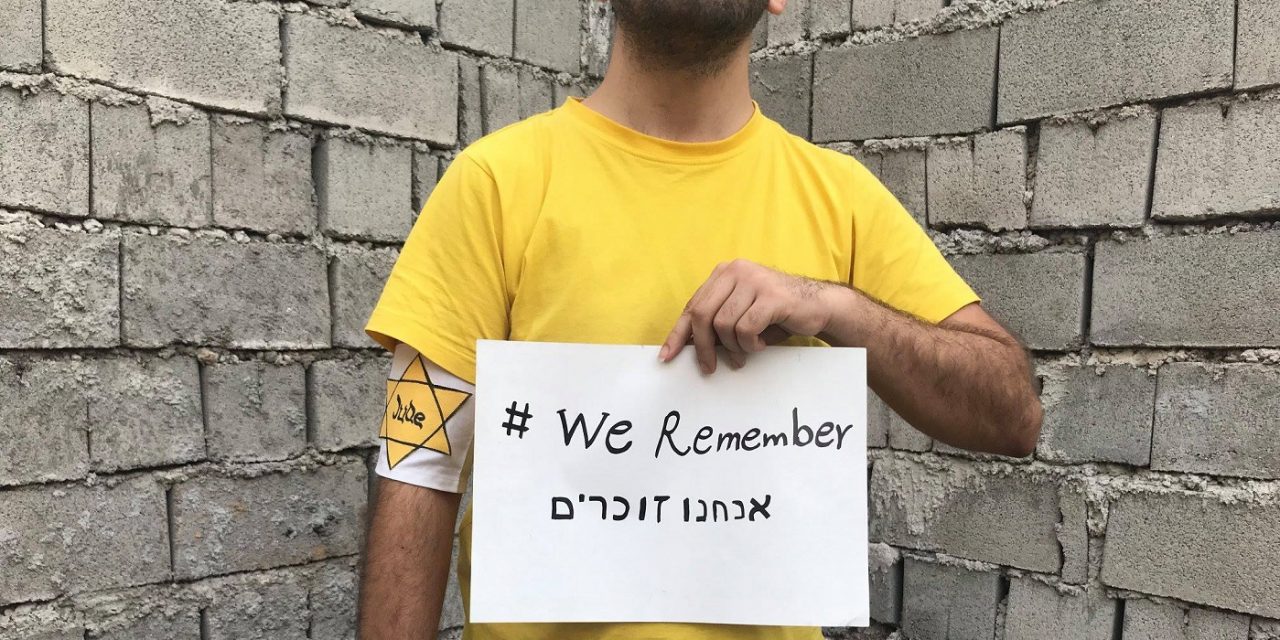 Hiding their faces, the brave action came despite the deeply anti-Semitic views held by the oppressive Iranian regime, which threatens those that support Israel and Jews.

Joining a popular global social media initiative, the young people photographed themselves holding signs with the hashtag #WeRemember in English and Hebrew. Some were also pictured wearing symbols of the Holocaust such as yellow stars and armbands. All of them hide their faces.

According to Israel’s Channel 2, the phenomenon first appeared last week when Sharona Avginsaz, director of digital media for the Israeli Foreign Ministry’s Farsi-language service, received a message from an Iranian who had urged his friends to take part in the #WeRemember campaign.

“January 27 is International Holocaust Remembrance Day,” the Iranian wrote. “People from all over the world take part in it, and also we Iranian citizens want to express our solidarity and friendship with Israel’s citizens and Jews all over the world, and share our pictures with this hashtag.”

Avginsaz said the youth who wrote the message gathered several of his friends who photographed themselves with the #WeRemember hashtag. The youth even wore an Iranian naval uniform in his picture. He remains in touch with the Foreign Ministry and is studying Hebrew.

The Foreign Ministry has republished the pictures on its Farsi-language Facebook page and said it has received encouraging responses. One user wrote, “Long live the Iranian people and Israel, until now Israel has done us nothing wrong, and when the Islamic regime falls, my first trip after visiting the tomb of the Persian Shah in Egypt will definitely be the beautiful State of Israel.”

Another wrote, “Because of the lies of the regime, I did not believe in the past that the Holocaust took place, but today I understand this and imagine the pain that the Jews experienced during the Holocaust.”

“Well done to these young people, you show the world the real Iran,” stated a third.

Avginsaz told Channel 2 that the Iranian youths say that “everything the regime says is bad, we understand that it’s the opposite; when the regime says Israel is our enemy, we already know it’s not true.”

Avginsaz said they often add, “Israel is our friend, it’s never done anything bad to us, we have no differences with it, and don’t even have a shared border. To the contrary, cooperation with Israel in the areas of water, agriculture, and more can help us.”

“It’s hard for us to understand this,” she pointed out, “but when you live in a country like this, which constantly says that Israel and the Jews are bad, it creates an attraction to the forbidden, and many of them want to learn Hebrew, for example.”

“They talk about how [former Iranian president Mahmoud] Ahmadinejad tried to deny the Holocaust,” she added, and they say, “’We already know that it happened, that six million Jews died in it.’ Many exiled Iranians recommend that they come to Poland to visit the death camps, share information, and understand exactly what the regime has tried to prevent them from understanding for decades.”

Source: The Algemeiner – with edits