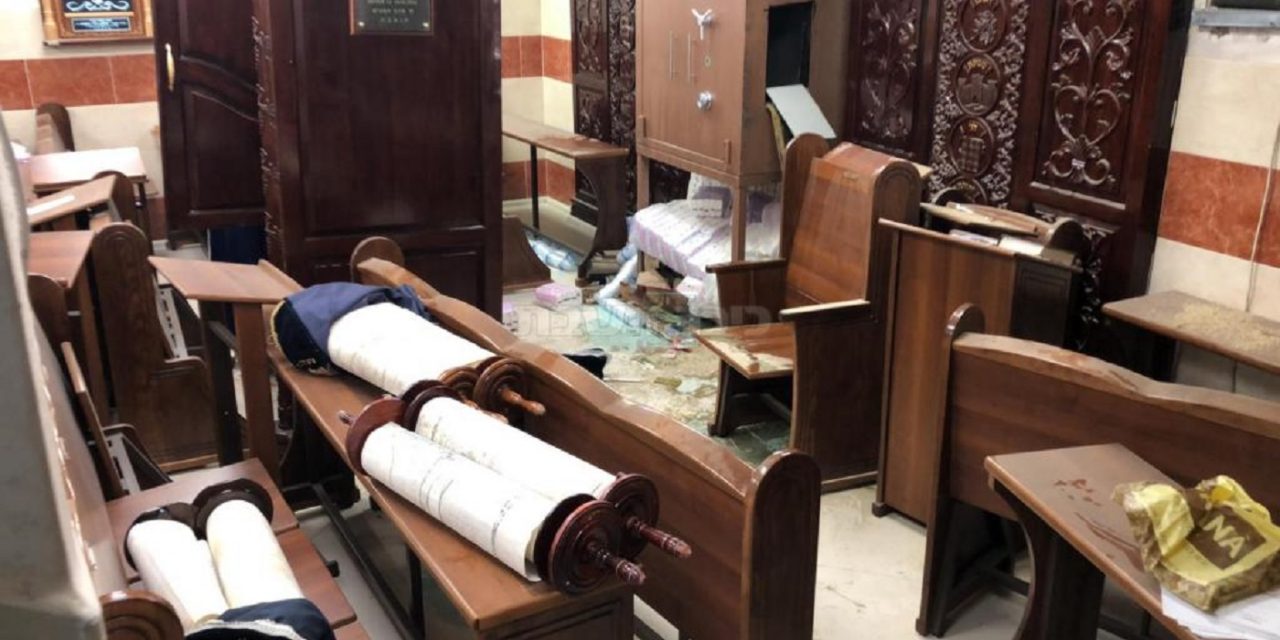 Israeli police have launched an investigation into the sacking of a Jerusalem synagogue overnight Monday in which vandals threw Torah scrolls and other Jewish artefacts on the floor and caused damage to the temple.

The act took place overnight in a building that was consecrated in the memory of Jonathan Sandler, a French rabbi and teacher that was killed in a terrorist shooting in the southern French city of Toulouse in 2012.

It follows a similar vandalism of a synagogue last Saturday in the coastal city of Netanya in which prayer books were burned, the walls graffitied with Satanic inscriptions, in what has become a frequent occurrence in the city.

Reactions from the Israeli political and religious establishment poured in on Tuesday, with many harking back to past examples of Jewish persecution.

Prime Minister Benjamin Netanyahu decried the vandalism at the synagogue in the Jerusalem neighborhood of Kiryat Yovel on Tuesday saying was “shocked” by the attack and hoped the vandals would be swiftly brought to justice.

President Reuven Rivlin said images of the destruction at the temple were “painful.”

Chairman of the Hayemin Hehadash party and education minister Naftali Bennett called it “a terrible crime against all that is sacred to the Jewish people.”

“We must go on soul-searching exercise on how we got to such a situation in the holy city of Jerusalem,” Chief Rabbi David Lau said.

All called upon the Israeli police to bring the criminals to justice.

“Authorities must turn every stone, find the criminals, and prosecute them to the full extent of the law,” Sephardi Chief Rabbi Yitzhak Yosef said, while Parliament speaker Yuli Edelstein, of the Likud party, made a parallel with another incident in a synagogue earlier last week.

The event was “reminiscent of dark days in the history of the Jewish people,” the speaker said.