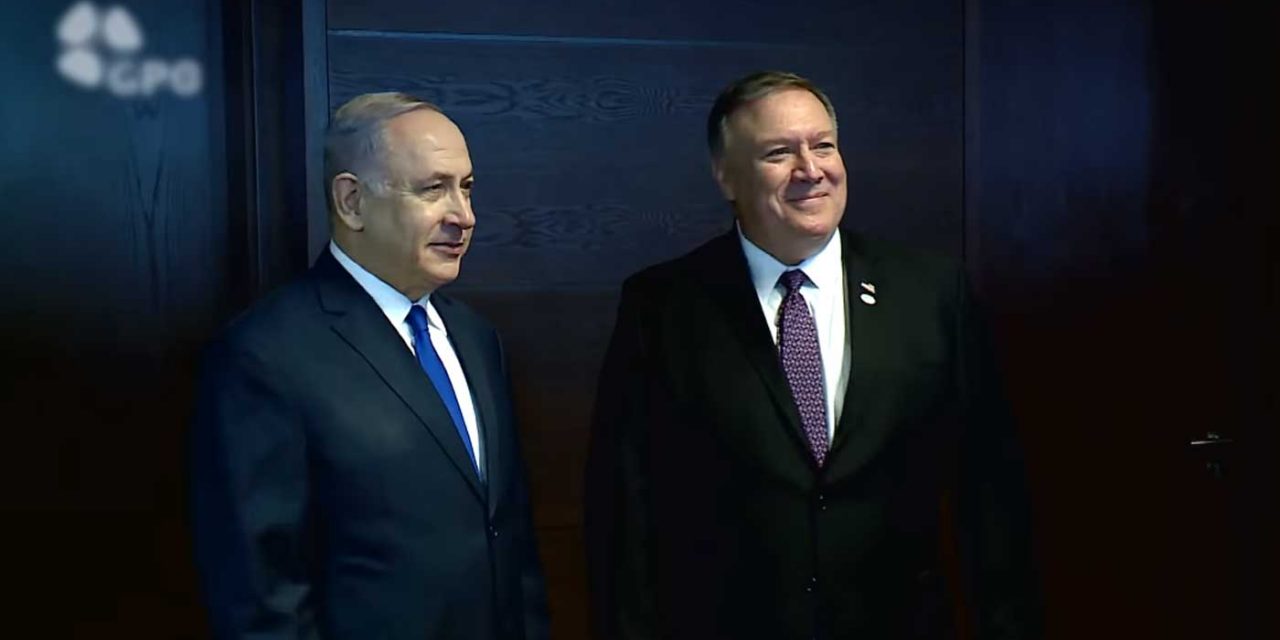 Iran is the top threat in the Middle East and confronting it is key to reaching peace in the entire region, U.S. Secretary of State Mike Pompeo said Thursday at a Warsaw security conference.

Mr Pompeo made his observation as he stood with Israeli Prime Minister Benjamin Netanyahu before the opening session at the conference. He warned  “pushing back” against Iran was central to dealing with all the region’s other problems.

“You can’t achieve peace and stability in the Middle East without confronting Iran. It’s just not possible,” Mr. Pompeo said.

“They’re a malign influence in Lebanon, in Yemen, in Syria in Iraq. The three H’s, the Houthis, Hamas and Hezbollah. These are real threats there are others as well but you can’t get peace in the Middle East without pushing back against Iran.”

Mr. Netanyahu applauded the participation of high-profile Arab dignitaries at the conference, saying it signaled a shift in regional priorities by focussing on the Islamic republic and its governing regime in Tehran.

“In a room of some 60 foreign ministers, an Israeli prime minister and the foreign ministers of leading Arab countries stood together, and spoke with unusual force, clarity and unity against a common threat of the Iranian regime,” he said before his meeting with Mr. Pompeo. “I think this marks a change, an important understanding of what threatens our future.”