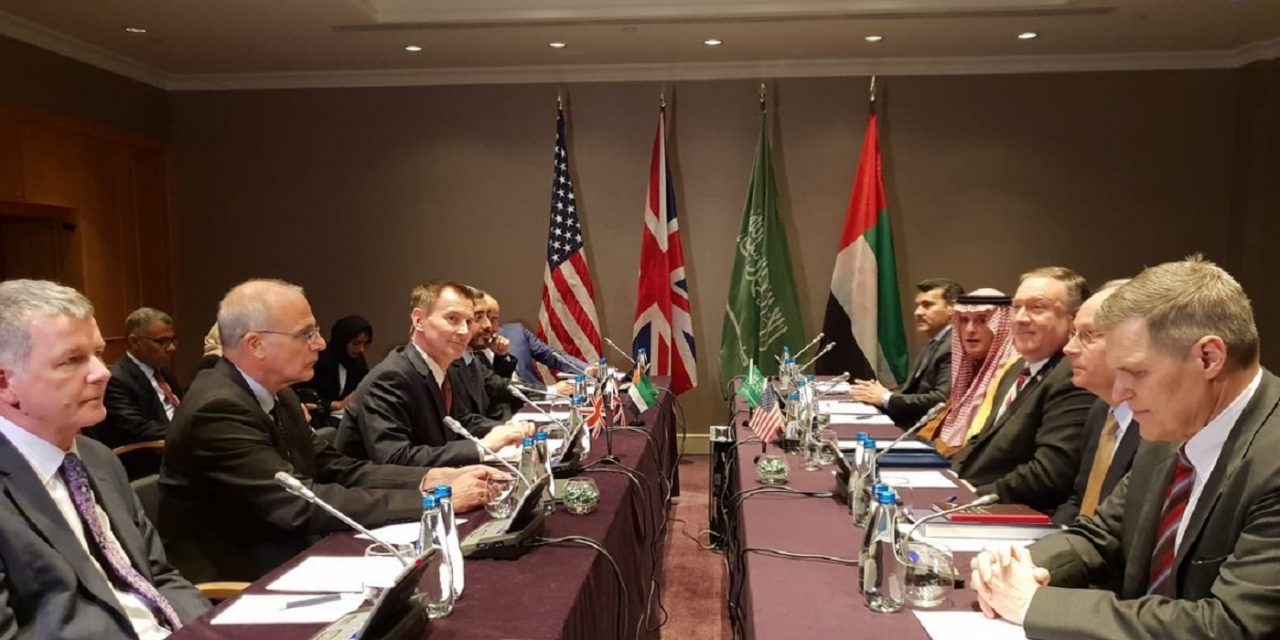 The UK Foreign Secretary failed to attend crucial discussions on Iran after leaving the Warsaw Summit early, sending a snub to American efforts to counter the Iranian threat.

US Vice President, Mike Pence, spoke Thursday accusing Britain, France and Germany of undermining US attempts efforts to pressure the Iranian regime, saying, “Sadly, some of our leading European partners have not been nearly as cooperative,” Pence said. “In fact, they have led the effort to create mechanisms to break up our sanctions.”

Sixty countries gathered in the Polish capital on Wednesday and Thursday, in a summit that was originally billed as a conference about Iran. However, it was subsequently broadened to include other Mideast issue to make it more palatable to some countries reluctant to attend.

UK Foreign Secretary Jeremy Hunt attended, but with the purpose of chairing a side-meeting on the situation in Yemen. It appears that the Foreign Secretary left after the discussions about Yemen before Thursday’s main events.

Germany and France only sent low-level diplomats, whilst the EU’s head of foreign policy, Federica Mogherini, refused to attend.

Pence called on the Europeans to follow Washington and exit the agreement: “The time has come for our European partners to withdraw from the Iran nuclear deal and join with us.”

He said a new European scheme to trade with Iran, known as the Special Purpose Vehicle, was “an effort to break American sanctions against Iran’s murderous revolutionary regime”.

“It is an ill-advised step that will only strengthen Iran, weaken the EU and create still more distance between Europe and the United States,” he said.

Honored to meet with Israeli Prime Minister @netanyahu today in Poland to discuss the historic US-Israeli alliance. Under @POTUS Trump, the United States will never fail to stand with our ally, Israel. pic.twitter.com/W3Z2aDe07j

The UK is supportive of the Iran Nuclear Deal that saw a lifting of imposed sanctions in 2015, but remains in the balance after the subsequent US withdrawal. But history will judge whether Britain stands aligned with Israel against the Iranian threat, or whether it will remain silent. Please pray that the UK will choose to rightly side with its strongest ally in the Middle East – Israel.

At the outset of this historic conference, leaders from across the region agreed the greatest threat to peace and security in the Middle East is the Islamic Republic of Iran. pic.twitter.com/ytdsY7GIbV

The united voice of thousands of CUFI supporters in the UK is getting louder because of your support. And with your help we can be even more effective. Please see below for more about Operation Mordecai and how you can make a difference.