On Women’s Day, calls for Palestinians to abolish law allowing rapists to marry their victim 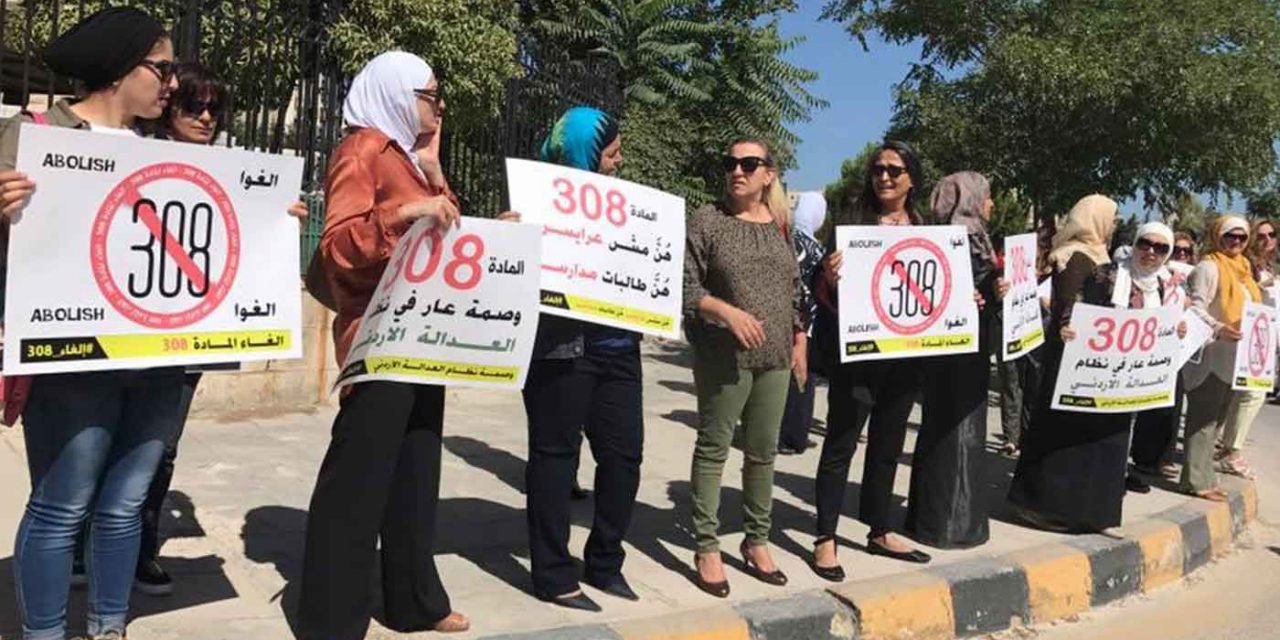 The Coalition of Women MPs from Arab Countries to Combat Violence Against Women has written in the Palestinian Authority daily newspaper to call for the “Marry your rapist law” to demand the law is repealed as it “turns the woman into a victim twice”.

According to PMW, Palestinian Authority law enables a rapist to marry his victim instead of receiving punishment, according to clause 308 of the Jordanian Penal Code, which is still used by the PA, although it has already been repealed in Jordan.

“Participants in a discussion for March 8 (i.e., International Women’s Day) demanded that clause 308 of the Penal Code be repealed. The discussion was held yesterday [March 4, 2018] in Ramallah under the title No to Granting Legitimacy and Legal Recognition to Crime, at the initiative of the Women’s Center for Legal Aid and Counseling and the Coalition of Women Members of Parliament from Arab Countries to Combat Violence Against Women…

Secretary of the Women MPs from Arab Countries Sahr Qawasmi said… that the coalition… hopes that clause 308, which allows a rapist to marry the woman who is raped, will be repealed. She expressed hope that [PA] President [Mahmoud Abbas] will approve [amending] this law on March 8 [2018], because this clause means that the man who rapes evades punishment, and because it turns the woman into a victim twice.

Qawasmi emphasized that it is necessary to work for the necessary equality between women and men… and to repeal clause 308 of the Jordanian Penal Code, which is in use in Palestine, especially since it has been repealed in Jordan…

[PA] Judge Ahmed Al-Ashqar… noted that this clause has been repealed in Egypt, Morocco, Tunisia, [and] Jordan.”

This type of law is unfortunately common in the Muslim world, however, countries have started to do away with it.

In Morocco the law was abolished following the death of a 16-year-old girl who committed suicide after being forced to marry the man who raped her.

On 10 March 2012, Amina Filali, 16, from a small town of Larache, Morroco, died in hospital after swallowing rat poison. She was raped at knife point by a man nearly 10 years older than her. Her family forced her to marry her rapist to protect the man from prosecution, which in turn stopped the allegations from being made public and safeguarding the family’s honour.

The law was repealed two years later in 2014. A documentary in 2013 about the case found there had been four similar incidents in that town alone.

In Jordan the law was repealed after it was used to allow men to marry children they had raped. Lebanon and Tunisia also both abolished the law in 2017.

In his latest speech at the United Nations Security Council, Palestinian President Mahmoud Abbas claimed that his government was protecting rights of women. Let’s see if his lives up to these words by repealing this abhorrent law.