Why has it taken 44 years to commemorate Munich Olympic massacre?

After 44 years, the memory of the the 11 Israeli victims of the 1972 Munich Olympics massacre was commemorated on Wednesday in an official ceremony organized by the International Olympic Committee (IOC).

The ceremony was held in the Place of Mourning, a memorial set up in the Olympic Village in Rio, two days prior to the opening ceremony of the 2016 Games.

A “moment of reflection” will also be held during the closing ceremony.

For the past 44 years, Israel, the families of the victims, and many parliaments worldwide have called on the Olympic Committee to honour the Munich Massacre victims with an official minute of silence at the Opening or Closing ceremonies and give special recognition to the Israelis killed.

London 2012 took place 40 years since the attack, an appropriate anniversary to remember those whose lives were taken, but disappointingly failed to commemorate the attack despite an international campaign. In April 2012, an online petition signed by over 100,000 people was created titled “Tell the International Olympic Committee: 40 Years is Enough!” to urge the International Olympic Committee to honour the memory of the eleven murdered athletes in one minute of silence, but the call was rejected.

A long campaign led by Ankie Spitzer and Ilana Romano, widows of two of the murdered Israeli athletes, demanded that the IOC commemorate the Israelis in the opening or closing ceremony, but their pleas had fallen on deaf ears until the appointment of German Thomas Bach as IOC President in September 2013.

Bach led a minute of silence on Wednesday during the inauguration of a “place of mourning” in the athletes village in Rio de Janeiro. The “Place of Mourning”  incorporates two stones from ancient Olympia encased in glass and will continue to be a feature at every Olympics.

With his voice cracking with emotion, Bach read out of the names of each of the 11 Israelis and the German policeman who died after a raid by Palestinian gunmen in the athletes’ village in Munich, the worst terror attack in Olympic history.

Bach said the Munich massacre “was an attack not only on our fellow Olympians but also an assault on the values that the Olympic Village stands for.”

Bach also read out of the name of Nodar Kumaritashvili, the Georgian luger killed in a training crash on the eve of the 2010 Winter Games in Vancouver.

Yael Arad, who won a silver Olympic medal for Israel in judo, told the BBC that the massacre in Munich “happened under the umbrella of the IOC” and that is why it is imperative for the international committee to host an official memorial to help ensure it “will never happen again.”

The Munich attack began in the early hours of 5 September 1972, when eight members of the Palestinian military organisation Black September infiltrated the Olympic village, and took 11 members of the Israeli team hostage. The attackers demanded the release of 234 Palestinian prisoners in return for the hostages’ release. 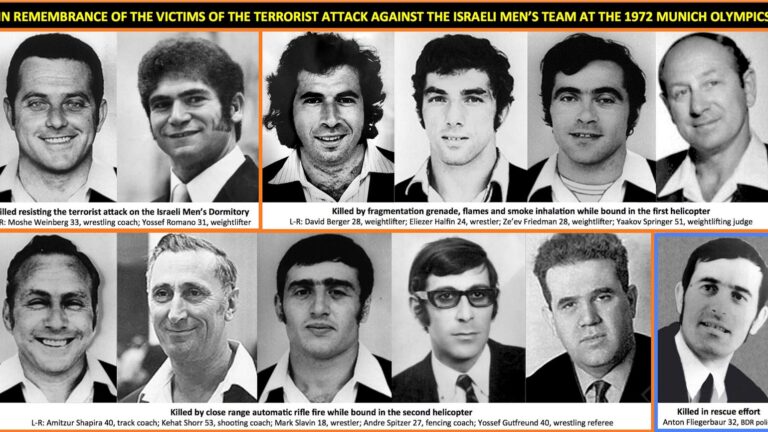 By just after midnight, all 11 athletes, five attackers and a German police officer were dead. Although the hostage drama gripped television viewers across the world, the Games were suspended only for a few hours at the height of the crisis and resumed the next morning.