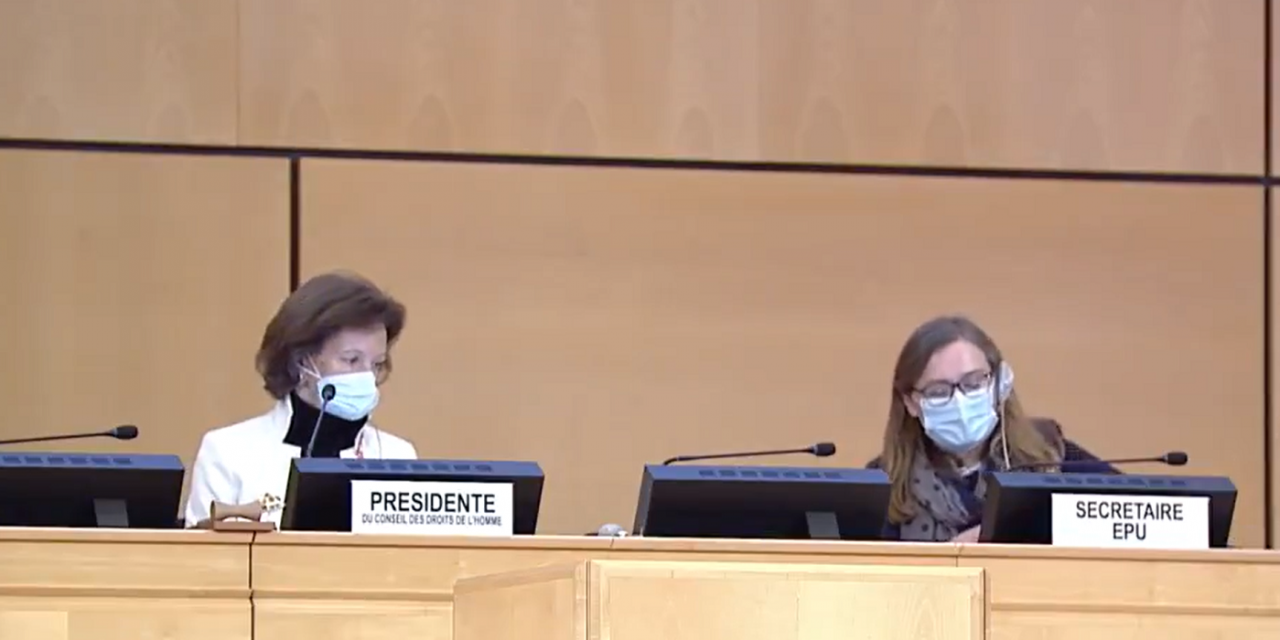 A World Heath Organisation (WHO) update meeting on the COVID-19 coronavirus at the UN’s annual assembly was hijacked and turned into a shocking four-hour Israel bashing session, with some of the world’s worst human rights abusers condemning the Jewish state.

Some 30 delegations including Venezuela, Iran, Syria, North Korea, Cuba, Malaysia and Lebanon, ripped into Israel for “allegedly violating the health rights of Palestinians and Syrians in the Golan Heights,” according to a UN Watch report.

The session concluded with a vote of 78 to 14, with 32 abstentions, to adopt a resolution, co-sponsored by Syria, Cuba, Turkey, Qatar, and the Palestinian delegation to the world body, requiring the WHO to prepare another report on “health conditions in the occupied Palestinian territory, including east Jerusalem, and in the occupied Syrian Golan [Heights]” for its next annual meeting.

In addition to voting against the resolution, the US, the UK and Canada took the floor to object to the politicisation of the forum.

We would like to thank all those who did not support this political decision & voted against it. 🇦🇺🇧🇷🇨🇲🇨🇦🇨🇿🇸🇿🇩🇪🇭🇳🇭🇺🇫🇲🇸🇮🇬🇧🇺🇸
You understand that the reality on the ground is very different.
Israel will continue to work with @WHO to improve the health condition of Palestinians. https://t.co/Vhde9QEai7

Israel’s Ambassador to the UN in Geneva Meirav Eilon Shahar said it was “unfortunate” WHO member states had chosen once again to pass a “political” resolution against Israel, in particular at a time when the entire world was battling a pandemic.

UN Watch Executive Director Hillel Neuer condemned the “cynical politicization of the world’s top health agency at the expense of focusing on the COVID-19 pandemic and other vital global health priorities and emergencies.”

He noted that only one item on the agenda singled out a specific country, which was of course Israel.

Syria is behind this #WHA73 resolution! Can you imagine? A regime that uses chemical weapons against its own citizens, deliberately targets and destroys health centers, and threatens @WHO staff is one of the promoters of this proposal. #Syria #WHA73
Ludicrous. pic.twitter.com/OlA1D8EnU6

“Today’s four-hour assault on Israel at the WHO promoted the lie that Israel is harming Palestinian health rights,” said Neuer. “The opposite is true.”

“Despite the conflict, Israel grants entry to tens of thousands of Palestinians who receive top-level medical care at Israeli hospitals. Even the UN’s own Middle East peace envoy hailed Israel’s ‘excellent’ coordination and cooperation with Palestinians amid the coronavirus pandemic,” said Neuer.

“Moreover, it’s particularly absurd for the WHO to enact a resolution effectively accusing Israel of violating the health rights of Syrians in the Golan, when in reality Israeli hospitals have provided life-saving treatment to Syrians fleeing to the Golan from the Assad regime’s barbaric attacks,” he said.

A number of countries moved their votes from Yes to Abstain this year, including Sweden, Norway, Cyprus, Finland, Greece, Iceland, and Uruguay. Norway explained that the WHO was not a forum for political matters. There were 32 abstentions this year, 11 more than in 2019.