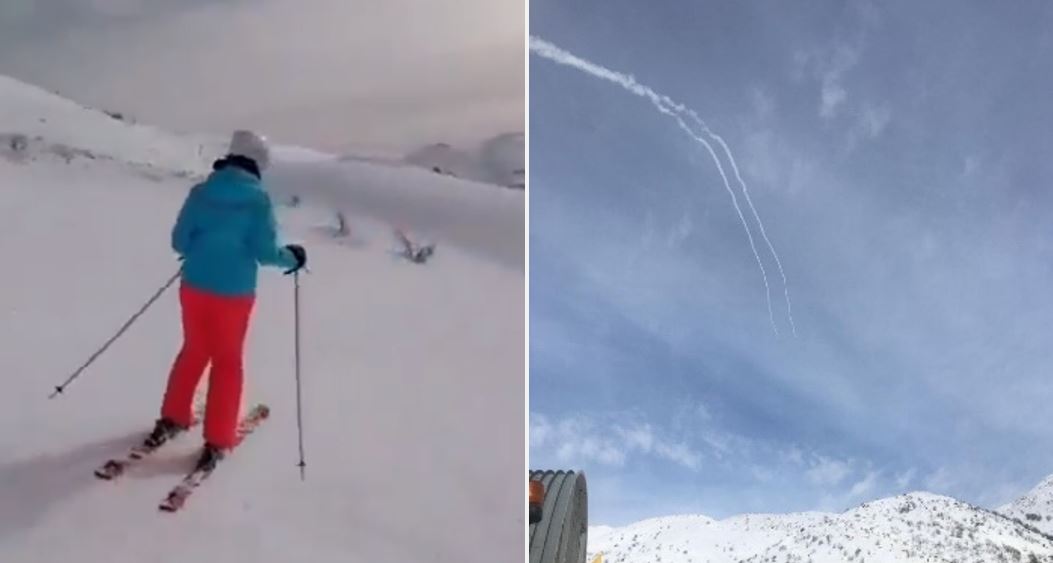 On Sunday, skiers enjoying the slopes of Mt Hermon didn’t expect an Iranian rocket to fly over their heads.

But that is what tourists to Israel’s highest mountain witnessed with one skier capturing the event on their head cam.

Thankfully, the rocket was intercepted by Israel’s amazing Iron Dome System that destroyed the incoming missile in mid-air.

The rocket was fired from within Syria where Iran has established a foothold despite the Syrian government promising not to host an Iranian presence. In response, Israel launched an airstrike targeting Iranian weapons storehouses, intelligence facilities and a training camp near Damascus.

Posted by Christians United for Israel – UK on Monday, 21 January 2019