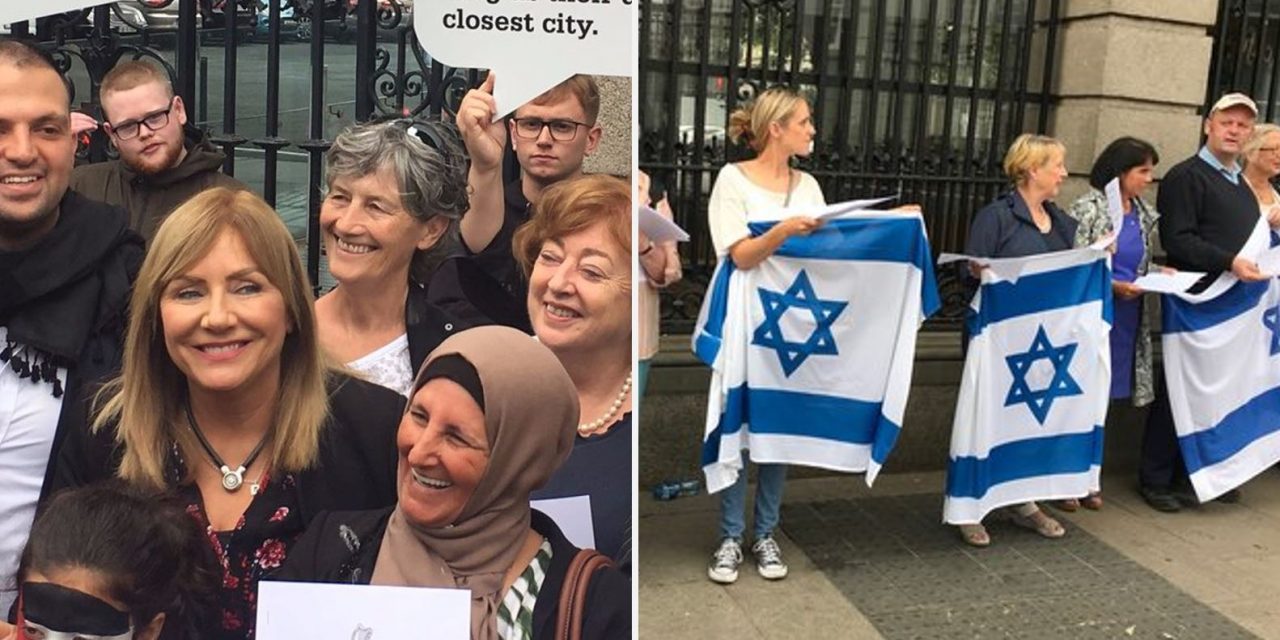 Ireland is on the verge of boycotting all imports from Jewish communities in Judea, Samaria and eastern Jerusalem after a bill was voted in favour in the lower house of the Irish Parliament – the first stage or five before becoming legal – with penalties of up to five years in prison for companies or individuals selling or buying from the region.

On Friday, the Irish Ambassador to Israel was summoned with Prime Minister Netanyahu describing the bill as “hypocrisy and anti-Semitism”, whilst financial experts predict some global businesses may have to decide between boycotting Israel and the Irish tax benefits.

The bill has additional steps to pass before it becomes law and the current Irish government is officially opposed to the legislation.

Bloomberg reports that crucially, it would require foreign companies with divisions or subsidiaries in Ireland to adhere to the boycott as well. And while the proposed law doesn’t target not all of Israel (only the so-called West Bank territories, east Jerusalem, etc) in practice it would be difficult to enforce that distinction.

“Because of Ireland’s low corporate tax rates, many of the world’s largest companies keep their wealth there. U.S. companies accounted for 67 percent of all foreign direct investment in the country in 2017, and Ireland is especially popular with America’s tech giants. Apple is Ireland’s largest company. Google, Microsoft and Facebook are also in the top 10.”

The Irish legislation, if it becomes law, would force Apple, Google, Microsoft and Facebook to choose between their Irish tax haven and their business in the Jewish state, says Bloomberg.

“Israel is outraged over the legislation against it in the Dail [Lower House of the Irish Parliament], which is indicative of hypocrisy and anti-Semitism,” Netanyahu added. “The Irish Ambassador will be summoned [Friday] to the Foreign Ministry for a reprimand.”

“This bill will not help a single Palestinian and is aimed at negating the historical connection between the people of Israel and the birthplace of the Jewish people,” the official response from the foreign ministry read.

Although it does not mention Israel, or even “Palestine,” by name, its sponsor, Senator Frances Black (Independent), has openly noted that its wording was carefully formulated so that it would only apply to the Jewish state.

If it passes, Israel’s ambassador to Ireland wrote recently, Ireland would become the most anti-Israel nation on the planet outside of Iran and the Middle East.