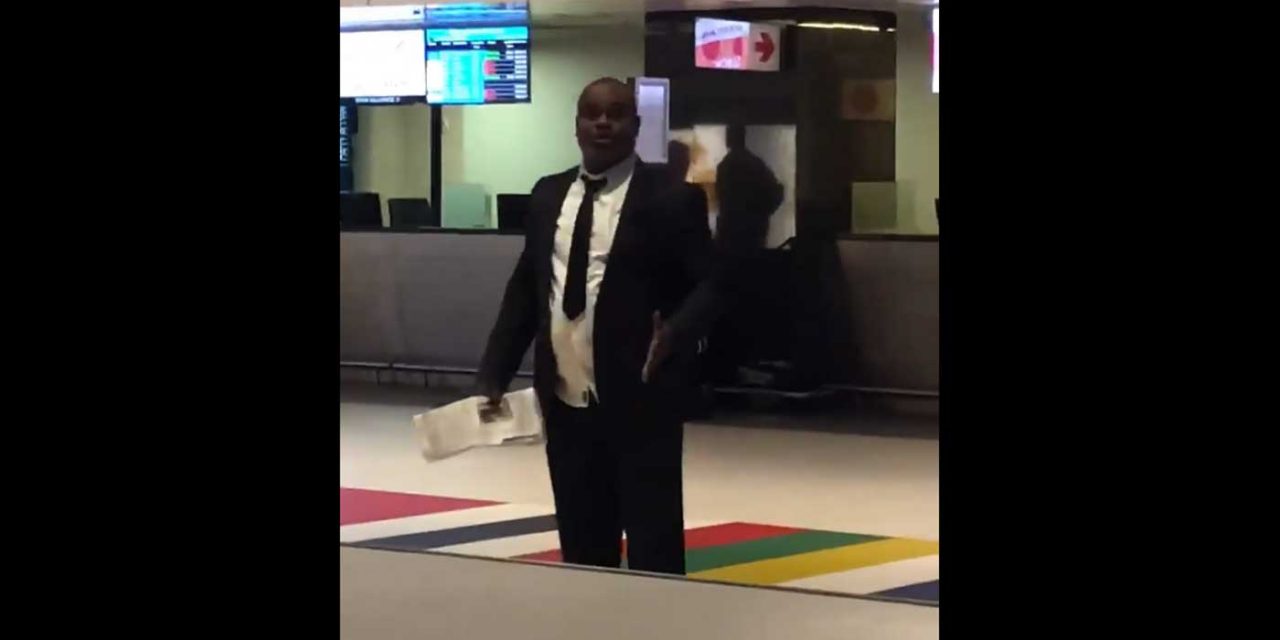 Passengers from an Israeli flight were greeted to a torrent of anti-Semitic abuse as they landed in South Africa this morning.

The rant, caught on camera, shows a man ranting at passengers who’d disembarked from an El Al flight from Tel Aviv, Israel and were waiting to collect their luggage at OR Tambo International Airport in Johanneberg, South Africa.

The man can be heard saying Jewish people are wicked and that was why their proposal to help out with the water crisis in Cape Town was rejected.

“Tell your government to change, we are not Palestinians… all of you are the same,” the irate man can be seen telling bewildered passengers.

The man’s rant was filmed and uploaded to Facebook by Dylan Rendel who said, “Just landed on the El Al Flight from Tel Aviv this morning at OR Tambo Internationa and this is what we get upon walking into the airport ! It’s time to make Aliyah !!!”.