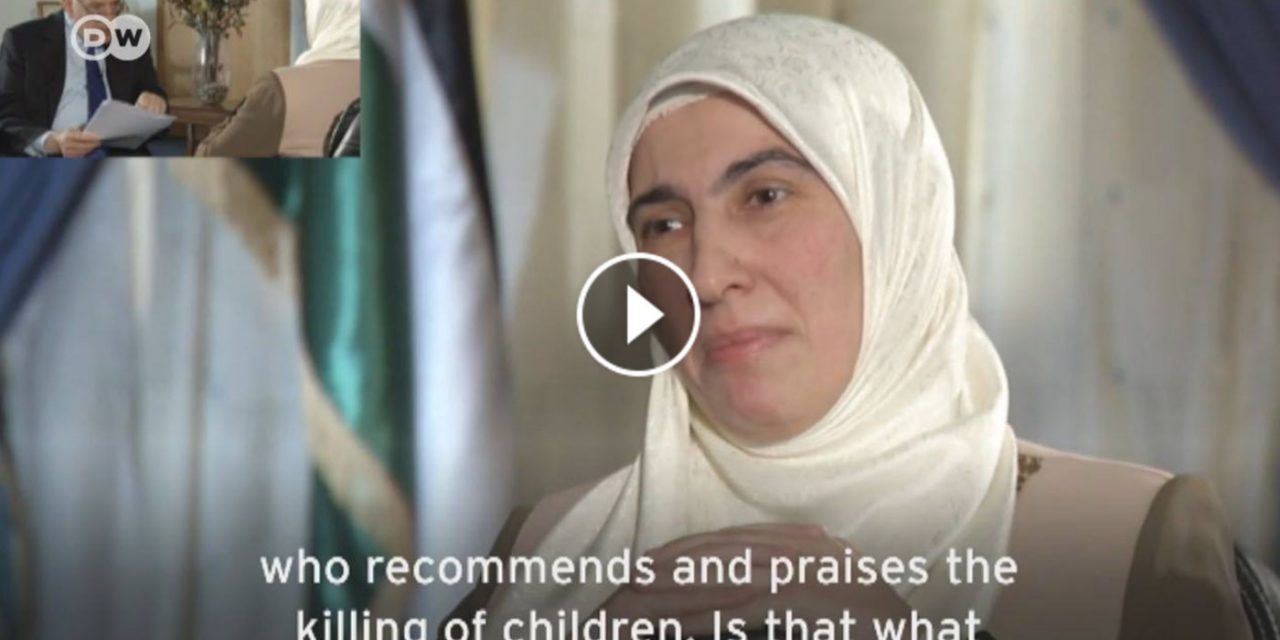 In recent days, Jordanian politicians have taken it upon themselves to praise the terrorists who murder Israelis. Last week MP Atef Tarawneh praised the terrorists who killed the Israeli police officers in the Temple Mount shooting.

However, this next one goes further and shows the blind hatred of radical Islam.

Dima Tahboub, Jordanian MP and spokesperson of the Islamic Action Front, told Tim Sebastian on the case of Jordanian soldier Ahmed Daqamseh. He killed seven Israeli schoolgirls in 1997, saying they had mocked him while he was praying.

She described the 14-15yr old girls as “enemies” who “mocked the Jordanian people and our religion”, which she feels justifies their deaths (which is absurd). Watch the video at the bottom of the page to see for yourself.

Known as the ‘Island of Peace Massacre’, the Israeli girls were on a school trip to the Island of Peace, an area on the border between Israel and Jordan, in 1997 where they were gunned down by Jordanian soldier, Ahmed Daqamseh. He killed seven girls and wounded six more after he opened fire on the large group of Israeli school girls. He was stopped by other Jordanian soldiers who seized him and rushed to help the victims.

The perpetrator, Ahmad Daqamseh, was diagnosed with antisocial personality disorder by a Jordanian medical team. Therefore, a five-member military tribunal sentenced him to only 20 years in prison. He was released on 12 March 2017 after he finished his sentence.

Shortly after the attack, King Hussein went to offer condolences to families of the victims; it was seen as a sincere and an unusual act in the history of the Israeli-Arab conflict which deeply moved the mourning Israeli public and helped improve the relationship between the two countries after the attack.

However,in times past, Jordanian politicians have praised Daqamseh for his actions, showing a contrast of attitudes to that of the Jordanian King.

"They're enemies and they mocked the Jordanian people."Dima Tahboub, Jordanian MP and spokesperson of the Islamic Action Front, told Tim Sebastian on the case of Jordanian soldier Ahmed Daqamseh. He killed seven Israeli schoolgirls in 1997, saying they had mocked him while he was praying.