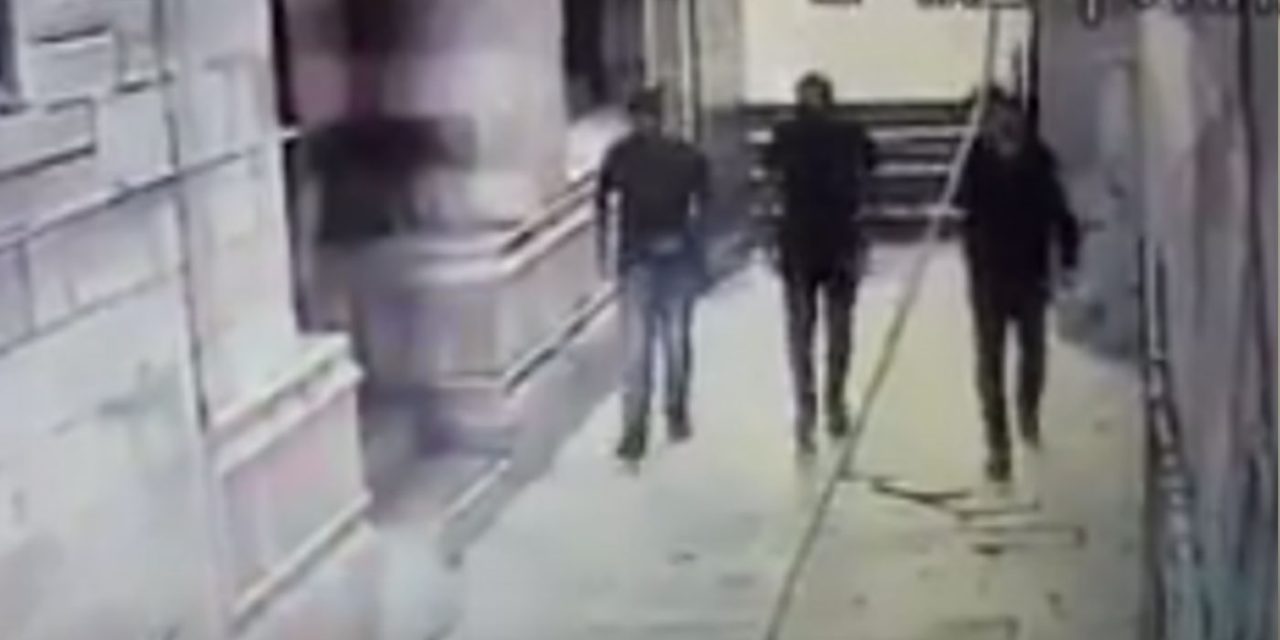 On Thursday, Israeli police released video footage of the three terrorists in the moments before they carried out a deadly terror attack on Israeli policemen last Friday.

The security camera footage shows the terrorists arriving in Jerusalem from their hometown of Umm al-Fahm by bus before separately entering the Old City of Jerusalem through Herod’s Gate. They proceeded to enter the Temple Mount through the Huta Gate.

At the gate, one of the attackers was stopped and questioned after apparently arousing the suspicion of a police officer before being eventually allowed to enter the site.

The video also shows that the three attackers had an accomplice, an unidentified fourth individual, who brought the guns in a backpack onto the Temple Mount and left them in the Al-Aqsa Mosque.

Channel 2 reported that the accomplice has been arrested and that he was also an Israeli Arab. His identity has not been released.

Despite some initial reports that officials from the religious body that administers the site helped the attackers smuggle the weapons into the Al-Aqsa Mosque prior to the attack, the Yedioth Ahronoth daily had reported Thursday morning that police believed the assailants brought the weapons onto the Temple Mount the morning of the shooting. This was confirmed in the security footage.

The footage not only gives insight into the attack, but backs up Israel’s decision to install metal detectors at the entrance of the Temple Mount. Read here why we think this move by Israel was fully justified.