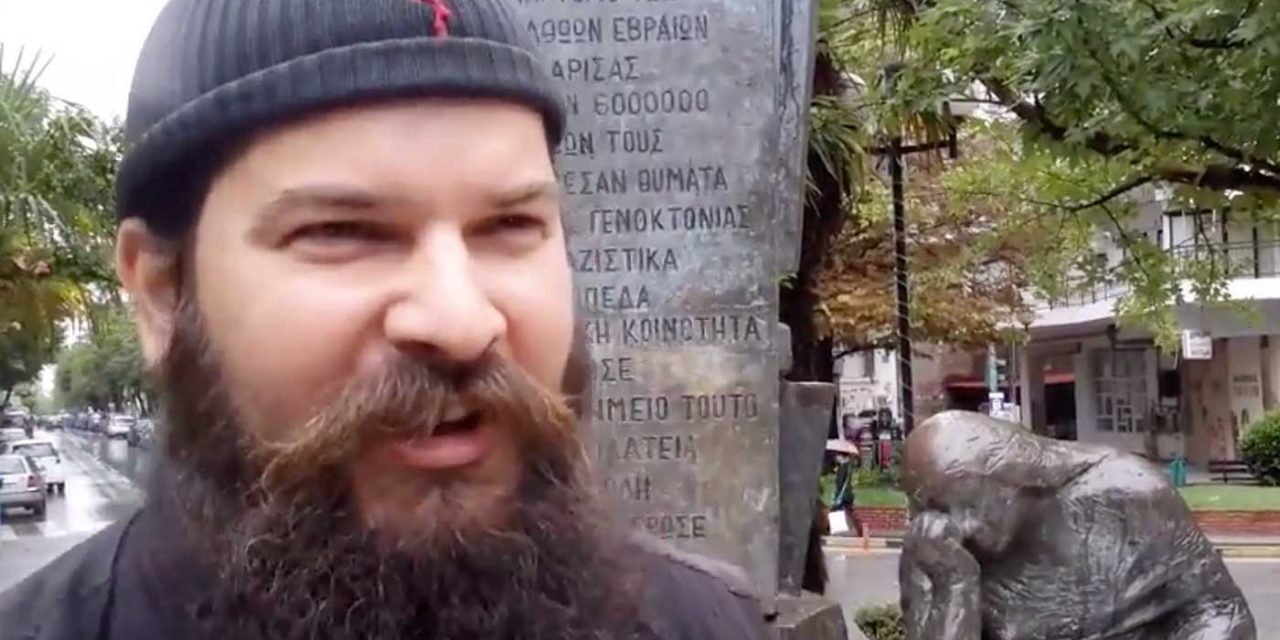 Father Kleomenis, an excommunicated Old Calendarist monk, on Monday filmed himself desecrating a Holocaust memorial in the city of Larissa while cursing Jews, denying the Holocaust and calling on “patriotic organizations” to take a bulldozer to the monument, which he pelted with eggs and spat at.

Most of Greece’s pre-war Jewish population was deported and murdered in Nazi death camps by German occupation forces towards the end of the Holocaust.

The monument was the first of its kind to be erected in Greece and on the same day anti-Semitic leaflets were also strewn around the monument and in the Square of Jewish Martyrs of Larissa. Police are currently investigating the incident.

Vandalism against sites like this have been on the increase in Greece in recent years. According to a poll conducted by the Anti-Defamation League (ADL) in 2014, 69 percent of Greeks harbor anti-Jewish attitudes, making it the most anti-Semitic country outside of the Middle East.