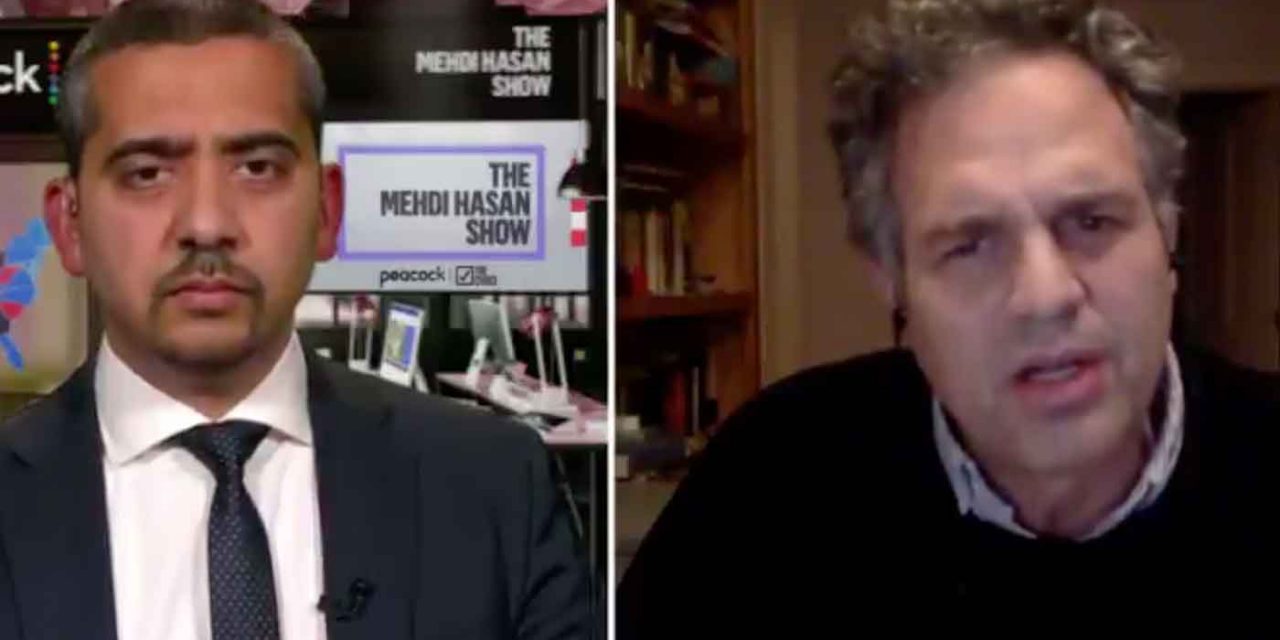 Hollywood actor, Mark Ruffalo, has once again shown his anti-Israel views in an interview with virulent anti-Israel TV host Mehdi Hasan this week.

Ruffalo, who stars as the Incredible Hulk in the Marvel Avengers movies and recently won an Emmy Award, has spoken out in support of the Palestinians previously, and once again shows a shocking lack of understanding about the situation between Israel and the Palestinians.

Ruffalo says Israel should be held to the same standards as any other ally of America. However, he actually singles them out and expects more of Israel than he does of other nations. No country would stand for their citizens being targeted by terrorism or allow rocket attacks against their civilian populations without responding. That is all Israel is doing, defending itself from terrorism. Sadly, Mark Ruffalo has flipped reality on its head and ignored the countless atrocities of the Palestinians.

He says he has been subjected to abuse due to his position regarding Israel and the Palestinians, namely that he has been called an anti-Semite. Although, we would hazard a guess that if he chose to stand with Israel the abuse and opposition would be far worse towards him because of the increased animosity against Israel.

In his interview, Ruffalo went as far as calling Israel “apartheid”, but surprisingly went even further and claimed that America is also an “apartheid” nation, which shows us where he stands on political issues. His world view is clearly in need of some education.

Watch the interview for yourself below, but be warned it is not easy viewing for anyone who loves Israel and stands up for the truth:

Watch @markruffalo condemn Israel’s “assymetrical warfare” against the Palestinians & argue “there is no reason that an ally of America should not be held to the same standards as any other nation. He slams “that kind of oppression, that kind of apartheid.”
On the @mehdihasanshow pic.twitter.com/dvj4MQZJRd