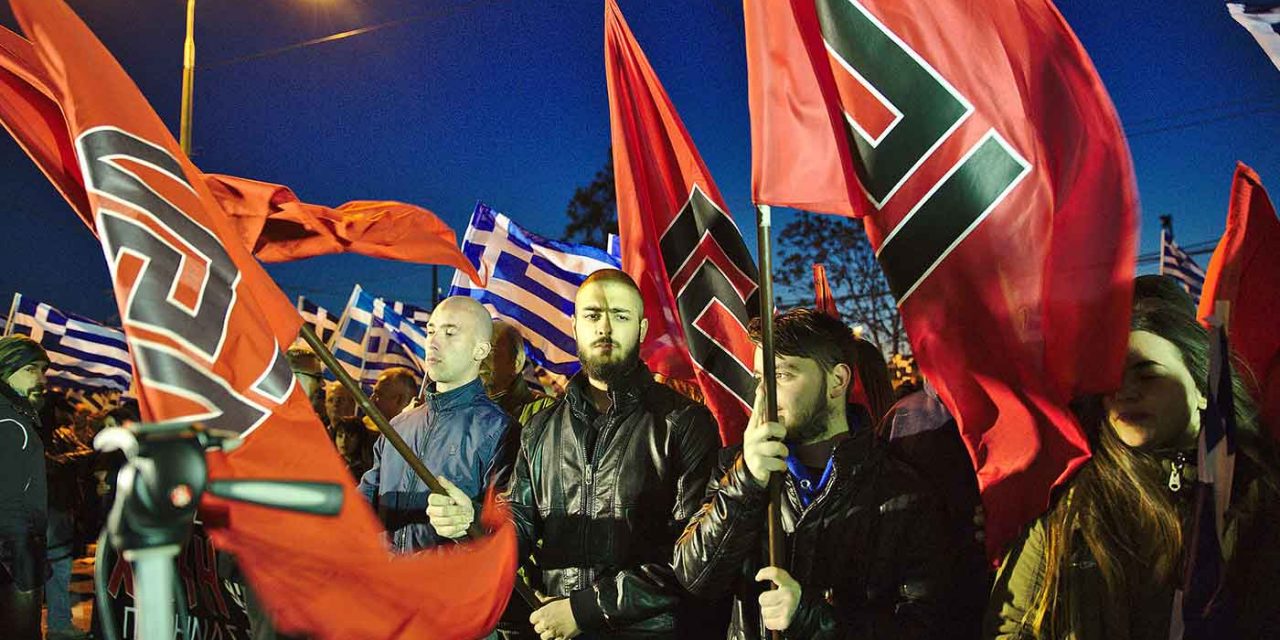 The founder and leader of the Greek extreme right-wing Golden Dawn party, Nikos Michaloliakos, was Wednesday convicted of “leading a criminal organisation”.

The case began after a series of delays in April 2015 and will see judges consider testimony from dozens of defendants, hundreds of witnesses and thousands of pages of documentary evidence.

It was triggered by the September 2013 murder of anti-fascist campaigner and hip-hop artist, Pavlos Fyssas, in the port of Piraeus.

A self-confessed member of Golden Dawn, Giorgos Roupakias, was charged with the brutal murder.

Greek prosecutors said that 68 leaders, MPs and activists ordered or at the very least were aware of the murder of Fyssas. They are also suspected of other violent attacks, racketeering, attempted murder and illegal possession of weapons.

This in effect, prosecutors said, means that the neo-Nazi populist political party is actually an organised crime outfit.

Read the full story at EuroNews