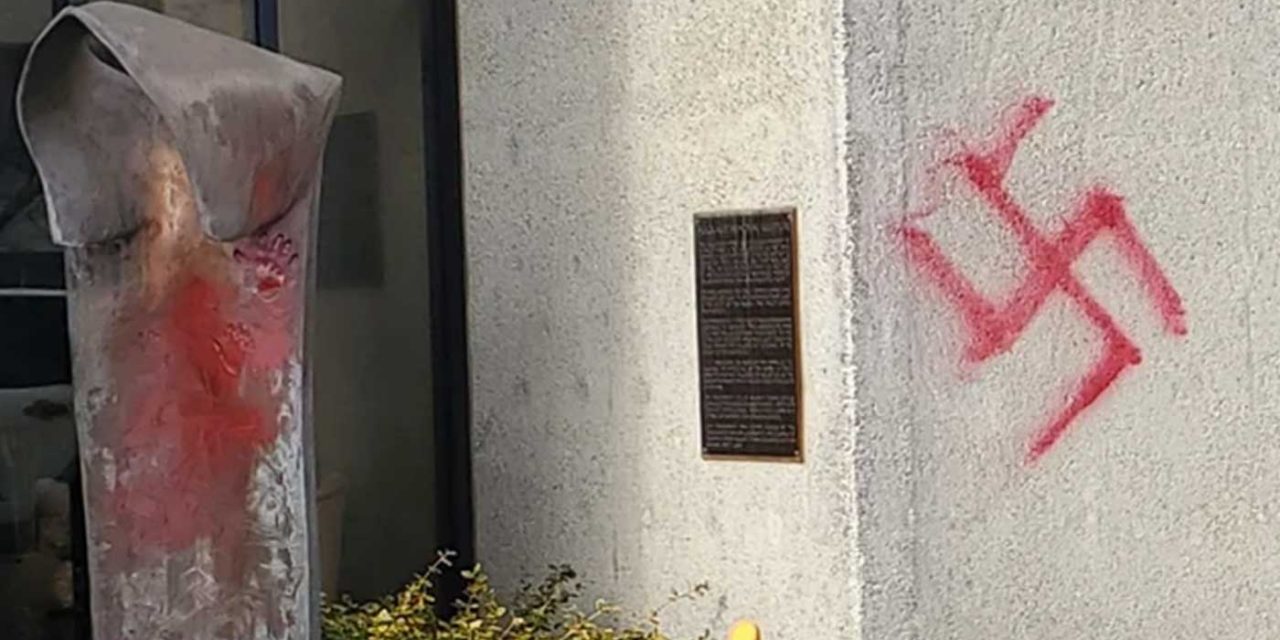 Police are investigating an act of anti-Semitic graffiti at a Washington state synagogue which included spray-painted swastikas and damage to a Holocaust memorial.

The Spokane Police Department said in a statement that it received a report from the Temple Beth Shalom regarding the vandalism around 9:20 a.m. on Monday.

Officers found the graffiti along one side of the building, along with damage to a Holocaust memorial.

Surveillance footage captured an image of a white, male suspect wearing a dark-coloured jacket, black gloves and a red mask.

The vandalism, police noted, would classify as a hate crime under Washington law.

The synagogue said in a statement that the congregation was “both angered and saddened” by the crime.

“We remain vigilant in the fight to protect everyone’s right to religious freedom and promote tolerance. We will not let these events deter us from living as Jews in our society,” Temple Beth Shalom wrote. “Antisemitism is a strike not against just Jews, but against all who cherish our society for the love and freedoms we have.”

Read more at The Hill