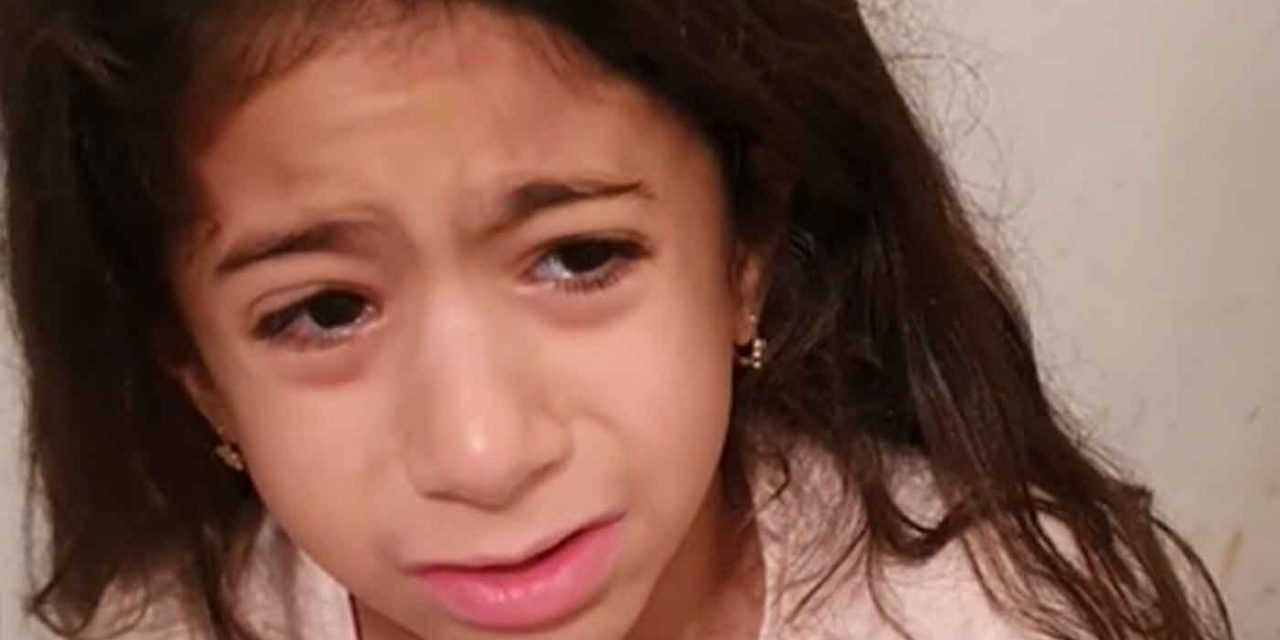 A video of young children whimpering in an Ashkelon bomb shelter during a rocket scare has gone viral, highlighting frustration among southern residents at the persistent waves of violence battering the region.

The video was taken Tuesday night after a rocket alert siren went off in the coastal city just before midnight. The army later said no rocket was launched at the area, but that assurance didn’t help Reut Shpilman’s children as they shook in fear in the shelter.

“It’s very frustrating, the gap between understanding what’s happening here in the south and the way life just goes on outside the siren areas,” Shpilman, a mother of four, told Channel 12 news on Wednesday.

“In 30 seconds [after a siren sounds], we have to get four kids to the bomb shelter, which is outside the house. We can’t go on like this.”

The video, viewed over 86,000 times in the 20 hours after she posted it at 1:15 a.m. Wednesday, shows three of her children in the local bomb shelter.

Daughter Ori, 8, is seen visibly shaking and weeping as she tells her mother, “I don’t want to,” after being told they would return to the house.

Yonatan, 6, hands clasped in front of him, frowns and visibly shakes as he moves to stand next to his mother.

But Ori refuses. “Mom, I don’t like it in the house. I want to stay here.”

“How long can we stay here?” Reut asks her daughter.

She said she filmed her children 20 minutes after the siren had sounded, after realizing she wasn’t able to calm them down.