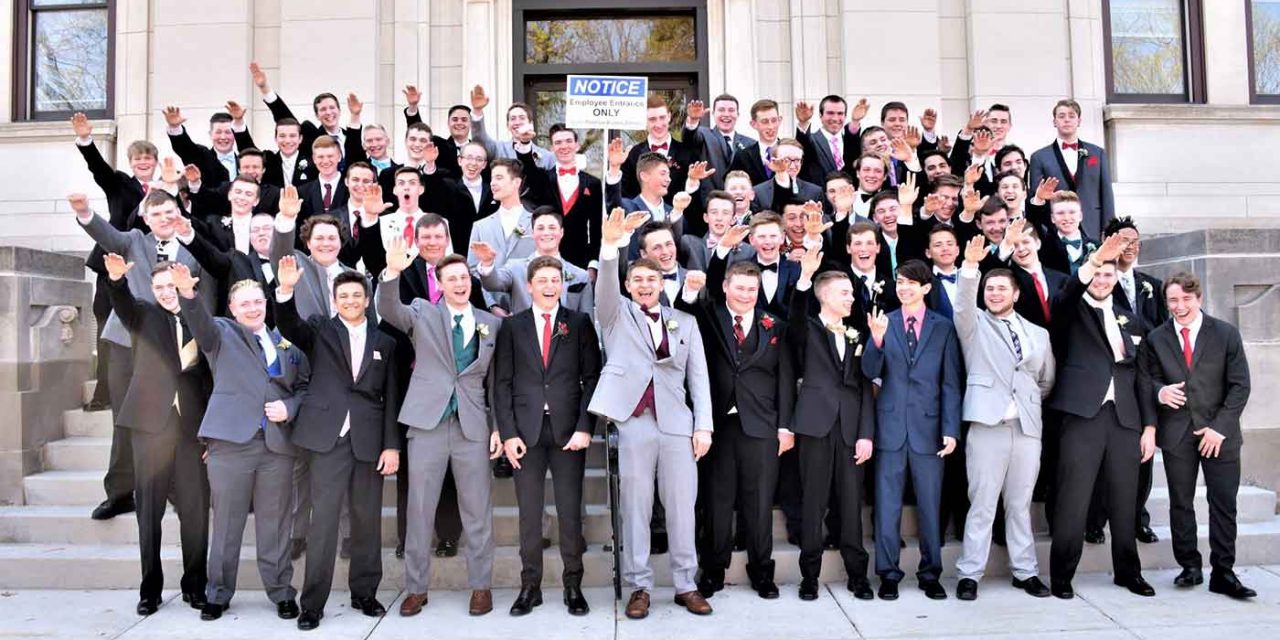 A Wisconsin high school has raised money for a Holocaust museum after around fifty students from the school were pictured performing the Nazi salute.

The teachers’ union at Baraboo High School agreed to donate to the Auschwitz-Birkenau Memorial after the school district decided that the students would not be disciplined due to their free-speech rights.

In November 2018 a picture of the students was widely circulated on Twitter showing a group of about fifty students performing the Nazi salute. Not every student takes part in the salute with some performing different signs and others refusing to raise their hands. However, the vast majority were snapped with their hands in the infamous “sig heil” position.

If anybody from Baraboo High School in Wisconsin can clue me in on why it appears the entire male class of 2018 is throwing up a Sig Heil during their prom photos – that would be great.

One student, Jordan Blue (back row, far right), who is not making the salute, said he was uncomfortable with the photo but could not leave its frame since the photographer told the boys to make the salute and immediately snapped the shot.

The teachers of the school raised money by selling T-shirts at the school which had the message, “No room for hate. This classroom. This school. This community. This state. This country. This world.”

“I think, as a union, we’re just really supportive of all the efforts that the … community, the county leadership, the city leadership, the district leadership is doing to try to — to try to make all of this right,” Kari Nelson, president of the Baraboo Education Association, told the newspaper. “We just hope this is another piece of the puzzle.