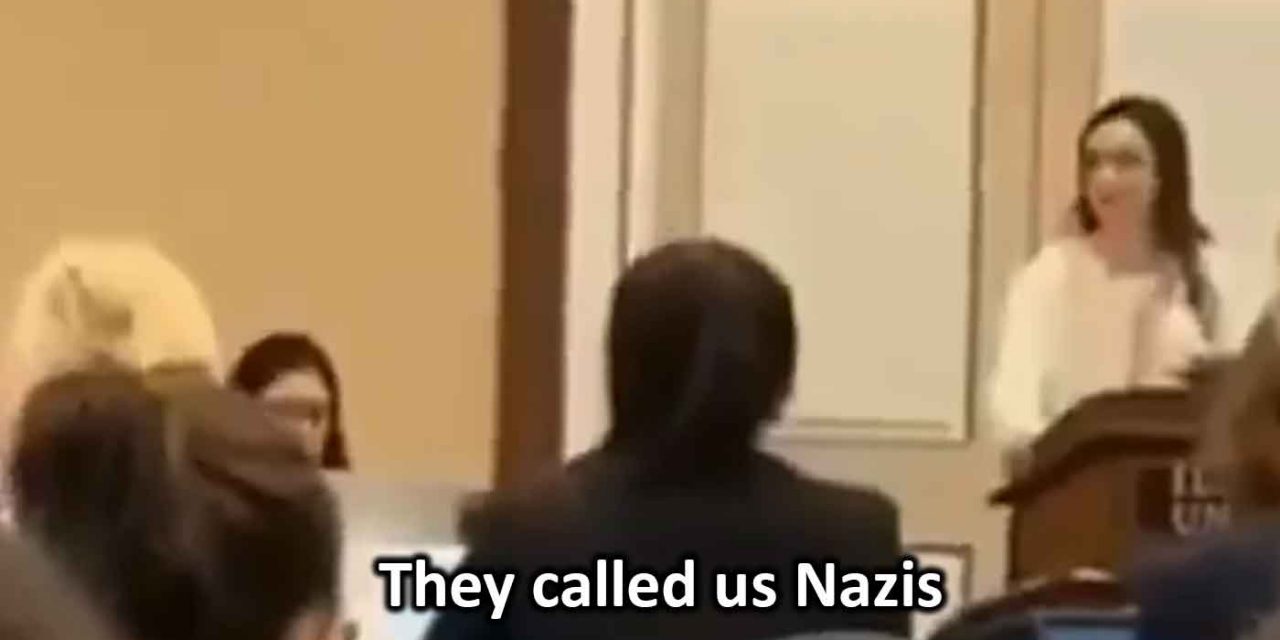 A pro-BDS bill passed by the University of Illinois Student Government (ISG) has been vetoed by the group’s president after an anti-Semitic incident at the debate.

The resolution was in support of the Boycott, Divestment and Sanctions (BDS) movement against Israel and called on the university to divest from three leading defence and security companies that supply weapons to Israel, China, Brazil, Chile and Honduras, CBN reports.

Even though the vote passed, the university themselves said they had “no plant to act” on the resolution and the student union had no power to enforce such a move.

Regardless, ISG president Connor Josellis took the bold decision to remove the bill completely, using his veto during his cabinet meeting on Sunday, saying student remarks surrounding Israel “have made students feel unsafe and fostered a climate of hate on this campus.”

“One of my primary obligations as student body president is to make sure that all students are able to participate in a campus environment where all feel safe to learn and be themselves,” Josellis said, according to The Daily Illini. “Approving a resolution that hundreds of students have said will do the opposite would not be doing my job.”

The decision from Josellis came after a pro-BDS student held up a sign comparing Israel to Nazis.

During public comments, Nina Raab, the granddaughter of Holocaust survivors, confronted anti-Israel students about the sign.

They called us Nazis!” Raab said.

“Damn right!” one student in the audience responded, prompted a small number of people to clap.

OFFICIAL STATEMENT:Dear Friends, On the evening of February 12, 2020, the Illinois Student Government (ISG) passed Resolution 03.61 “Violations of Human Rights in University Investments”. During the public comment portion, one of our students, who is the granddaughter of Holocaust survivors, spoke about her experiences as a Jewish student on this campus and referenced a poster she saw this Fall saying "Fuck Nazis, Support Palestinians.” Essentially, Students for Justice in Palestine (SJP UIUC) called her, and other members of the Jewish community, Nazis. When our student described being called a Nazi to the student government, a student sitting with the writers of this resolution and with SJP responded, “damn right!” and was applauded by several members of the audience, SJP, and members of ISG. The divisive atmosphere bolstered by this resolution legitimized this hateful remark and exposed the malicious and despicable hatred towards Jewish students by the supporters of SJP and the Boycott Divestment and Sanctions movement. We call on SJP and ISG to release a statement condemning and disavowing this student and the comment that he made. Despite our disagreements, we hope that we can all come together to denounce this disgusting and vile behavior that is unwelcome on our campus. This act of hatred is unacceptable and is in opposition to everything our university stands for. Now is the time to speak up against anti-semitism.Sincerely, Illini Students Supporting Israel, Illini Public Affairs Committee – IlliniPACIllini Chabad, Illini Hillel at Cohen Center For Jewish Life, JET UIUC

These two public displays of anti-Semitism prompted Jewish and pro-Israel groups on campus to issue a statement.

“The divisive atmosphere bolstered by this resolution legitimized this hateful remark and exposed the malicious and despicable hatred towards Jewish students by the supporters of (Students for Justice in Palestine) SJP and the Boycott Divestment and Sanctions movement,” they said.

SJP, who supported the BDS motion, issued an apology on its Facebook page, saying “we reject the comment, as it antithetical to our values as SJP.”